Ice on Lunar South Pole May Have More than One Source, Suggests Study

New research sheds light on the ages of ice deposits reported in the area of the Moon’s south pole — information that could help identify the sources of the deposits and help in planning future human exploration.

Shackleton Crater, the floor of which is permanently shadowed from the sun, appears to be home to deposits of water ice. A new study sheds light on how old these and other deposits on the Moon's south pole might be.

A new study sheds light on how old these and other deposits on the Moon's south pole might be. Shackleton crater is nearly coincident with the Moon’s south pole. Its interior receives almost no direct sunlight and is a perennial cold trap, making Shackleton a promising candidate location in which to seek sequestered volatiles 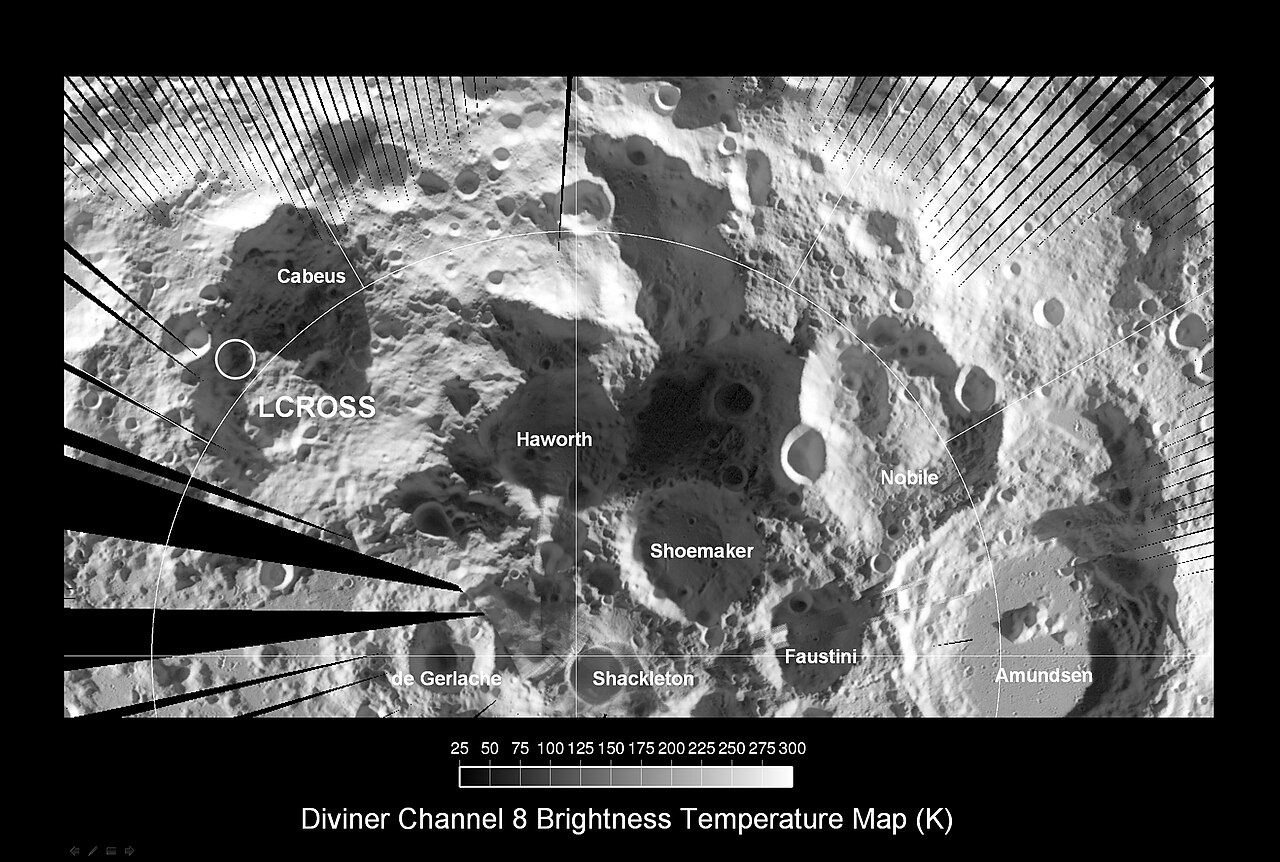 The discovery of ice deposits in craters scattered across the Moon’s south pole has helped to renew interest in exploring the lunar surface, but no one is sure exactly when or how that ice got there. A new study published in the journal Icarus suggests that while a majority of those deposits are likely billions of years old, some may be much more recent.

Ariel Deutsch, a graduate student in Brown University’s Department of Earth, Environmental and Planetary Sciences and the study’s lead author, says that constraining the ages of the deposits is important both for basic science and for future lunar explorers who might make use of that ice for fuel and other purposes.

For the study, Deutsch worked with Jim Head, a professor at Brown, and Gregory Neumann from the NASA Goddard Space Flight Center. Using data from NASA’s Lunar Reconnaissance Orbiter, which has been orbiting the Moon since 2009, the researchers looked at the ages of the large craters in which evidence for south pole ice deposits was found. To date the craters, researchers count the number of smaller craters that have accrued inside the larger ones. Scientists have an approximate idea of the pace of impacts over time, so counting craters can help establish the ages of terrains.

The majority of the reported ice deposits are found within large craters formed about 3.1 billion years or longer ago, the study found. Since the ice can’t be any older than the crater, that puts an upper bound on the age of the ice. Just because the crater is old doesn’t mean that the ice within it is also that old too, the researchers say, but in this case there’s reason to believe the ice is indeed old. The deposits have a patchy distribution across crater floors, which suggests that the ice has been battered by micrometeorite impacts and other debris over a long period of time.

If those reported ice deposits are indeed ancient, that could have significant implications in terms of exploration and potential resource utilization, the researchers say.

“There have been models of bombardment through time showing that ice starts to concentrate with depth,” Deutsch said. “So if you have a surface layer that’s old, you’d expect more underneath.”

While the majority of ice was in the ancient craters, the researchers also found evidence for ice in smaller craters that, judging by their sharp, well-defined features, appear to be quite fresh. That suggests that some of the deposits on the south pole got there relatively recently.

“That was a surprise,” Deutsch said. “There hadn’t really been any observations of ice in younger cold traps before.”

If there are indeed deposits of different ages, the researchers say, that suggests they may also have different sources. Older ice could have been sourced from water-bearing comets and asteroids impacting the surface, or through volcanic activity that drew water from deep within the Moon. But there aren’t many big water-bearing impactors around in recent times, and volcanism is thought to have ceased on the Moon over a billion years ago. So more recent ice deposits would require different sources — perhaps bombardment from pea-sized micrometeorites or implantation by solar wind.

The best way to find out for sure, the researchers say, is to send spacecraft there to get some samples. And that appears to be on the horizon. NASA’s Artemis program aims to put humans on the Moon by 2024, and plans to fly numerous precursor missions with robotic spacecraft in the meantime. Head, a study co-author and Deutsch’s Ph.D. advisor, says studies like this one will help to shape those future missions.

“When we think about sending humans back to the Moon for long-term exploration, we need to know what resources are there that we can count on, and we currently don’t know,” Head said. “Studies like this one help us make predictions about where we need to go to answer those questions.”