- A nearly 4,000-year-old burial site found off the coast of Georgia hints at ties between hunter-gatherers on opposite sides of North America, according to research led by faculty at Binghamton University, State University of New York.

A research team led by Matthew Sanger, assistant professor of anthropology at Binghamton University, analyzed human remains, stone tools and a copper band found in an ancient burial pit in the McQueen shell ring on St. Catherine's Island, Georgia. The burial at the shell ring closely resembles similar graves found in the Great Lakes region, suggesting an exchange network between the Great Lakes and the coastal southeast United States. Similarities in mortuary practices suggest that the movement of objects between these two regions was more direct and unmediated than archaeologists previously assumed.

"Our excavations revealed remarkable parallels between the shell ring in the coastal Southeast and in broadly contemporaneous sites in the Great Lakes including: the use of cremation to handle the dead, cremating the dead in an area separate from where the bones were eventually buried, the use of copper as a burial item, the burial of multiple people at the same time, and the use of ocher in the burial," said Sanger. "Not only are these practices very similar, our analyses clearly show that the copper found at the shell ring originated in the Great Lakes and was therefore traded between the two regions. Notably, all of these practices are rare, or entirely absent, from the regions between the Great Lakes and the southeast, which suggests that there was not some sort of general diffusion of traditions, but rather a direct "transplant."

According to the researchers, these findings challenge prevalent notions that view preagricultural Native American communities as relatively isolated from one another and suggest instead that wide social networks spanned much of North America thousands of years before the advent of domestication. 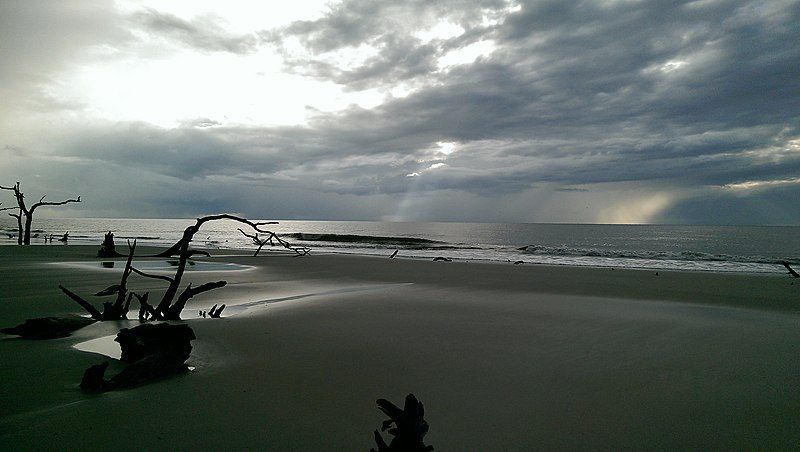 "These findings strongly suggest that Native Americans living in the Eastern Woodlands more than 3,000 years ago were far more interconnected than we have ever thought," said Sanger. "Rather than living in small groups with limited contacts, Native American communities were cosmopolitan; they traded with distant peoples, they engaged in complex social and economic relationships, and they had direct and indirect knowledge spanning hundreds if not thousands of kilometers. Amazingly, all of this occurred thousands of years before Native Americans invented agricultural practices - the point at which "social complexity" is thought to emerge by many archaeologists."

The discovery of long-distance exchange of prestige goods among Archaic period communities living in the U.S. Southeast challenges traditional notions of hunter-gatherers as living in relative isolation and instead suggests nonagrarian groups created and maintained vast social networks thousands of years earlier than typically assumed.

"Traditionally, archaeologists have thought that agriculture played a key role in the creation of long-distance interactions as domesticated food sources can produce massive surpluses, which can then be used to establish more complex social and political power structures and relations," said Sanger. "Increasingly though, archaeologists from around the world are finding that non-agricultural people engaged in activities long thought reserved for farmers. Our findings at the shell ring are part of a much broader revolution in archaeology where non-agricultural people are viewed as living far more complex, interconnected and interesting lives than previously assumed.

The paper, "Great Lakes Copper and Shared Mortuary Practices on the Atlantic Coast: Implications for Long-Distance Exchange during the Late Archaic," was published in American Antiquity.
http://dx.doi.org/10.1017/aaq.2019.59