Move over Jupiter; Saturn is the new moon king.

A team led by Carnegie's Scott S. Sheppard has found 20 new moons orbiting Saturn. This brings the ringed planet’s total number of moons to 82, surpassing Jupiter, which has 79. The discovery was announced Monday by the International Astronomical Union’s Minor Planet Center.

Each of the newly discovered moons is about five kilometers, or three miles, in diameter. Seventeen of them orbit the planet backwards, or in a retrograde direction, meaning their movement is opposite of the planet's rotation around its axis. The other three moons orbit in the prograde—the same direction as Saturn rotates.

The discovery images for the newly found very distant prograde moon of Saturn. They were taken on the Subaru telescope with about one hour between each image. The background stars and galaxies do not move, while the newly discovered Saturnian moon, highlighted with an orange bar, shows motion between the two images.

Photographs are courtesy of Scott Sheppard.

“Studying the orbits of these moons can reveal their origins, as well as information about the conditions surrounding Saturn at the time of its formation,” Sheppard explained.

The outer moons of Saturn appear to be grouped into three different clusters in terms of the inclinations of the angles at which they are orbiting around the planet. Two of the newly discovered prograde moons fit into a group of outer moons with inclinations of about 46 degrees called the Inuit group, as they are named after Inuit mythology. These moons may have once comprised a larger moon that was broken apart in the distant past. Likewise, the newly announced retrograde moons have similar inclinations to other previously known retrograde Saturnian moons, indicating that they are also likely fragments from a once-larger parent moon that was broken apart. These retrograde moons are in the Norse group, with names coming from Norse mythology. One of the newly discovered retrograde moons is the farthest known moon around Saturn.

“This kind of grouping of outer moons is also seen around Jupiter, indicating violent collisions occurred between moons in the Saturnian system or with outside objects such as passing asteroids or comets,” explained Sheppard.

The other newly found prograde moon has an inclination near 36 degrees, which is similar to the other known grouping of inner prograde moons around Saturn called the Gallic group. But this new moon orbits much farther away from Saturn than any of the other prograde moons, indicating it might have been pulled outwards over time or might not be associated with the more inner grouping of prograde moons.

If a significant amount of gas or dust were present when a larger moon broke apart and created these clusters of smaller moon fragments, there would have been strong frictional interactions between the smaller moons and the gas and dust, causing them to spiral into the planet.

“In the Solar System’s youth, the Sun was surrounded by a rotating disk of gas and dust from which the planets were born. It is believed that a similar gas-and-dust disk surrounded Saturn during its formation,” Sheppard said. “The fact that these newly discovered moons were able to continue orbiting Saturn after their parent moons broke apart indicates that these collisions occurred after the planet-formation process was mostly complete and the disks were no longer a factor.”

An artist’s conception of the 20 newly discovered moons orbiting Saturn. These discoveries bring the planet’s total moon count to 82, surpassing Jupiter for the most in our Solar System. Studying these moons can reveal information about their formation and about the conditions around Saturn at the time. Illustration is courtesy of the Carnegie Institution for Science.

The new moons were discovered using the Subaru telescope atop Mauna Kea in Hawaii. The observing team included Sheppard, David Jewitt of UCLA, and Jan Kleyna of the University of Hawaii.

"Using some of the largest telescopes in the world, we are now completing the inventory of small moons around the giant planets,” says Scott Sheppard. "They play a crucial role in helping us determine how our Solar System’s planets formed and evolved.” 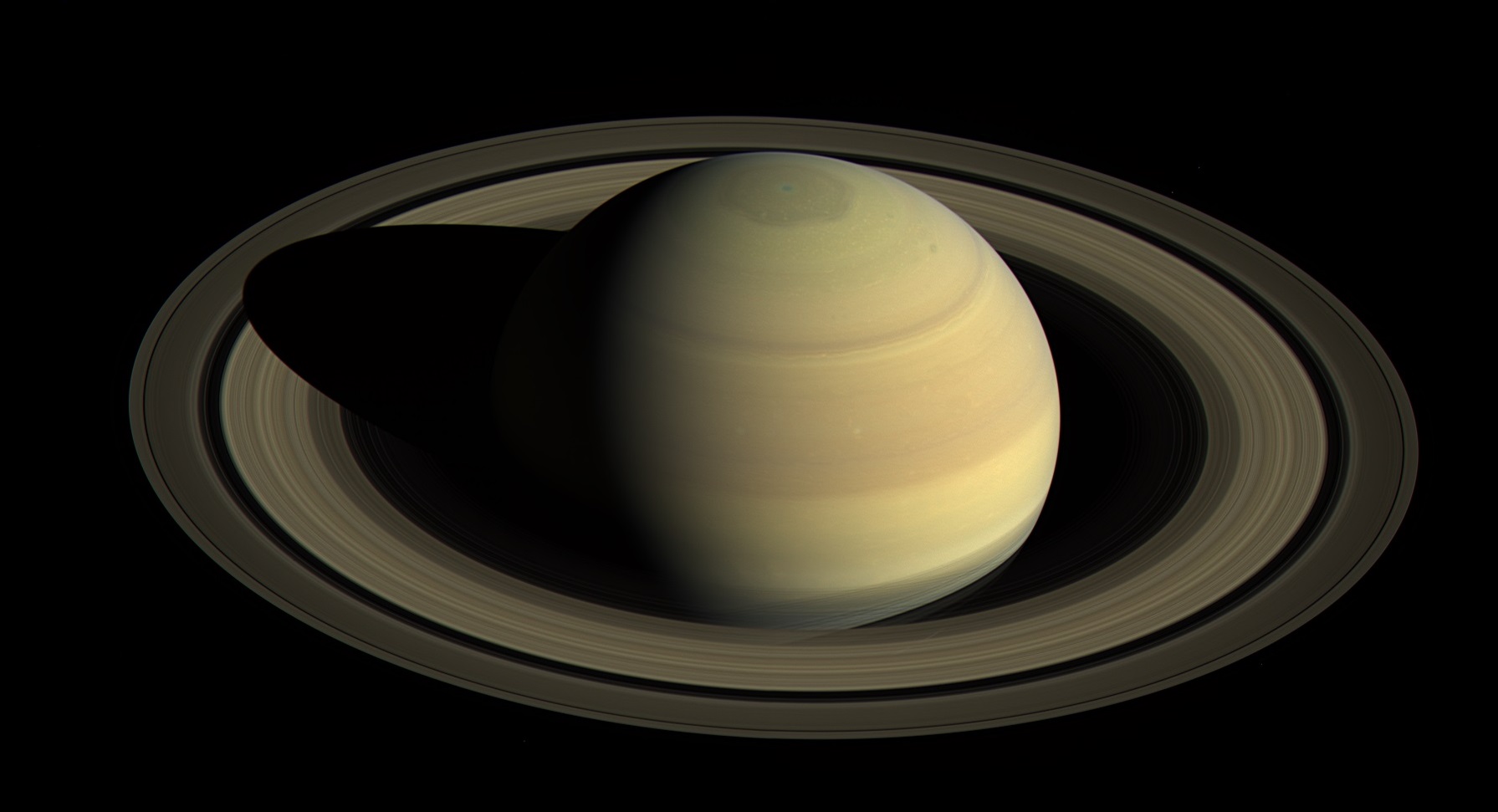 “I was so thrilled with the amount of public engagement over the Jupiter moon-naming contest that we’ve decided to do another one to name these newly discovered Saturnian moons,” Sheppard said. “This time, the moons must be named after giants from Norse, Gallic, or Inuit mythology.”