If you could travel back in time 100,000 years, you'd find yourself living among multiple groups of humans, including anatomically modern humans, Neanderthals, and Denisovans. But exactly what our Denisovan relatives might have looked like had been anyone's guess for a simple reason: the entire collection of Denisovan remains includes a pinky bone, three teeth, and a lower jaw. Now, researchers reporting in the journal Cell have produced reconstructions of these long-lost relatives based on patterns of methylation in their ancient DNA.

"We provide the first reconstruction of the skeletal anatomy of Denisovans," says author Liran Carmel of the Hebrew University of Jerusalem. "In many ways, Denisovans resembled Neanderthals, but in some traits, they resembled us, and in others they were unique."

This image shows a portrait of a juvenile female Denisovan based on a skeletal profile reconstructed from ancient DNA methylation maps. 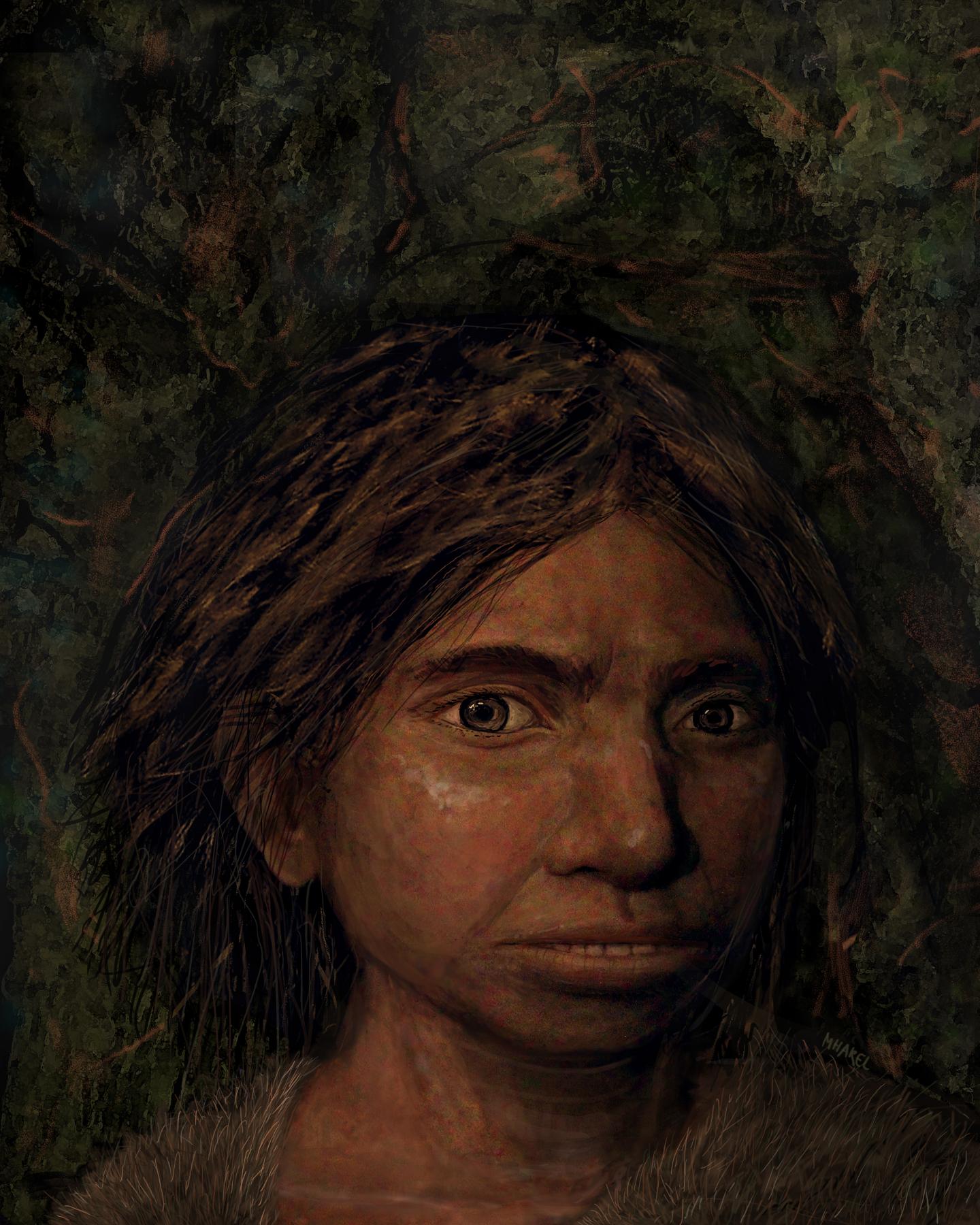 
Overall, the researchers identified 56 anatomical features in which Denisovans differed from modern humans and/or Neanderthals, 34 of them in the skull. For example, the Denisovan's skull was probably wider than that of modern humans or Neanderthals. They likely also had a longer dental arch.

Carmel, along with study first author David Gokhman and their colleagues, came to this conclusion by using genetic data to predict the anatomical features of the Denisovans. Rather than relying on DNA sequences, they extracted anatomical information from gene activity patterns. Those gene activity patterns were inferred based on genome-wide DNA methylation or epigenetic patterns, chemical modifications that influence gene activity without changing the underlying sequence of As, Gs, Ts, and Cs.

The researchers first compared DNA methylation patterns between the three hominin groups to find regions in the genome that were differentially methylated. Next, they looked for evidence about what those differences might mean for anatomical features based on what's known about human disorders in which those same genes lose their function.

This image shows a preliminary portrait of a juvenile female Denisovan based on a skeletal profile reconstructed from ancient DNA methylation maps. 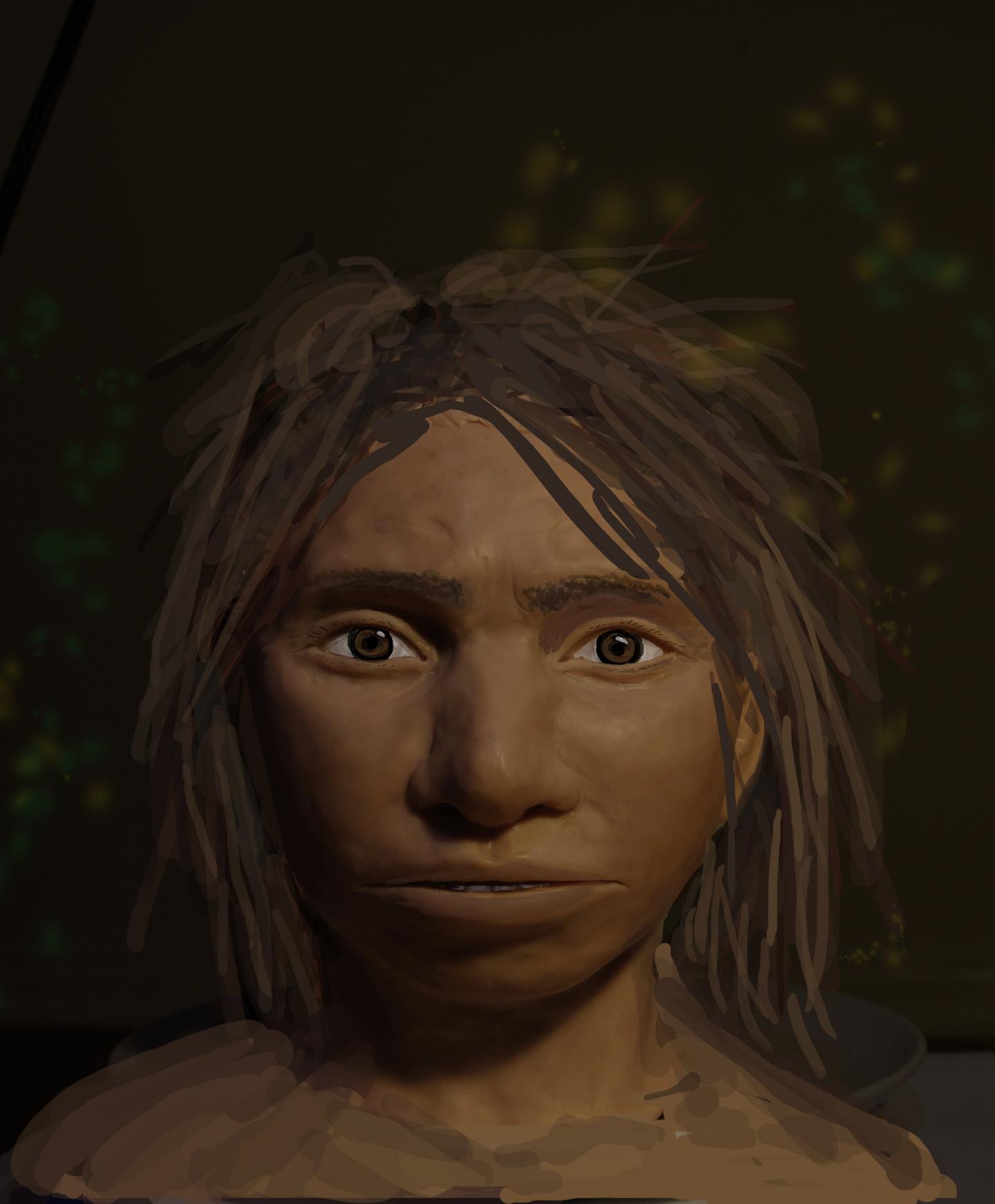 "By doing so, we can get a prediction as to what skeletal parts are affected by differential regulation of each gene and in what direction that skeletal part would change--for example, a longer or shorter femur," Gokhman explains.

To test the method, the researchers first applied it to two species whose anatomy is known: the Neanderthal and the chimpanzee. They found that roughly 85% of the trait reconstructions were accurate in predicting which traits diverged and in which direction they diverged. By focusing on consensus predictions and the direction of the change rather than trying to predict precise measurements, they were able to produce the first reconstructed anatomical profile of the little-understood Denisovan.

The evidence suggests that Denisovans likely shared Neanderthal traits such as an elongated face and a wide pelvis. It also highlighted Denisovan-specific differences, such as an increased dental arch and lateral cranial expansion, the researchers report.

Carmel notes that while their paper was in review, another study came out describing the first confirmed Denisovan mandible. And, it turned out that the jaw bone matched their predictions.

This image shows a portrait of a juvenile female Denisovan based on a skeletal profile reconstructed from ancient DNA methylation maps. 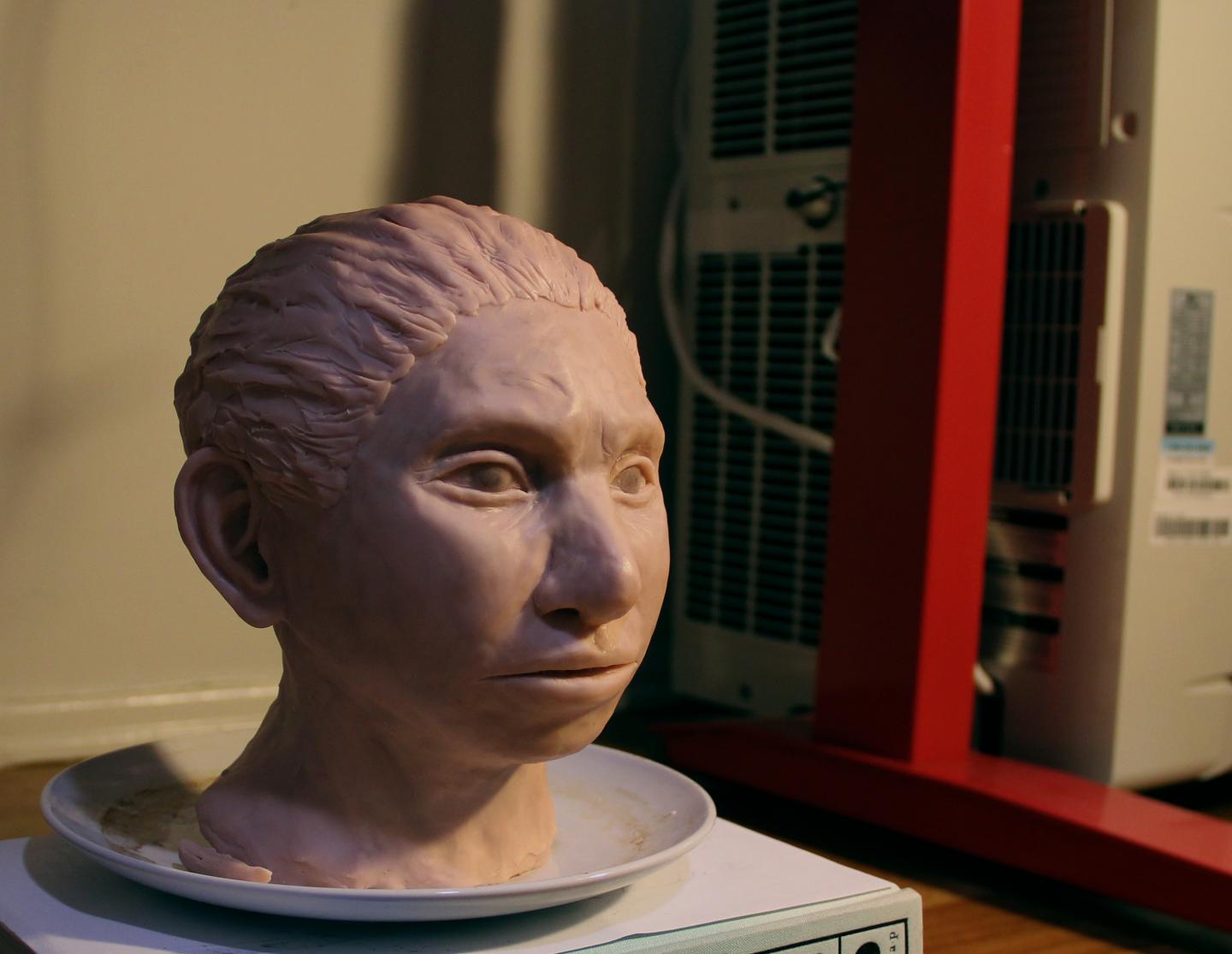 The findings show that DNA methylation can be used to reconstruct anatomical features, including some that do not survive in the fossil record. The approach may ultimately have a wide range of potential applications.

"Studying Denisovan anatomy can teach us about human adaptation, evolutionary constraints, development, gene-environment interactions, and disease dynamics," Carmel says. "At a more general level, this work is a step towards being able to infer an individual's anatomy based on their DNA."