The real Jurassic Park was as an ancient landscape home to a vast desert covered mostly in sand dunes as far as the eye could see, where dinosaurs and small mammals roamed southern Utah. The Navajo Sandstone is known for its beautiful red and tan crossbedded sandstones that grace many of the national parks and monuments in the southwest USA--for example Arches, Canyonlands, Capitol Reef, and Zion national parks.

The sands were deposited in dunes within the largest known sand sea (erg) in Earth's history during the Early Jurassic. These deposits show a record of desertification--the process by which fertile lands become desert. How did this landscape lose its water bodies, vegetation, and animals? How long did desertification take to happen? How long did it last? What amount of time is actually represented by these deposits? Understanding the timing, scale, and duration of this significant period in Earth's history is challenging, and many questions are unanswered due to the lack of age constraints in these deposits. 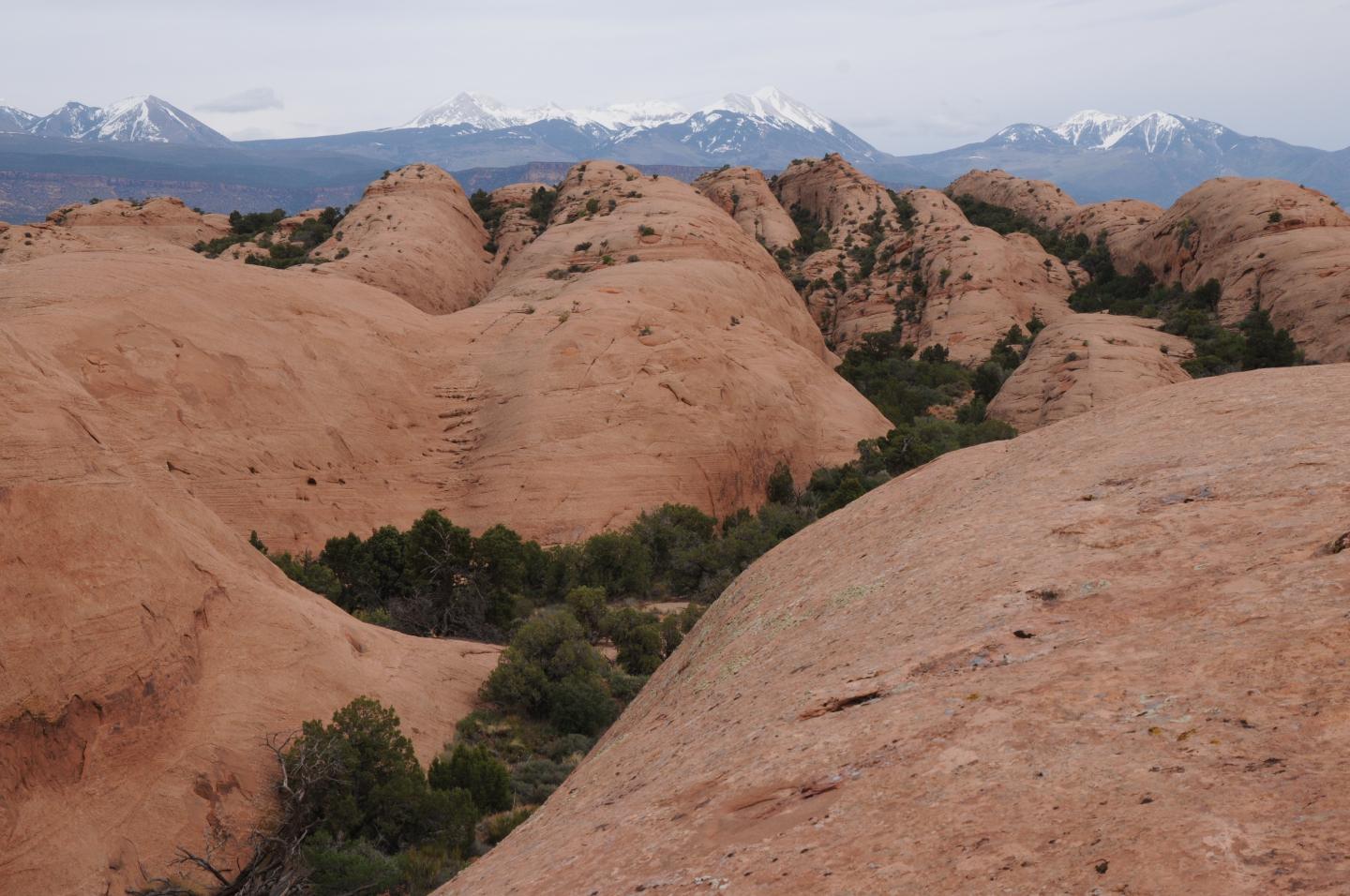 A new study by Parrish et al., published in Geology, has determined numerical ages from several calcium carbonate (i.e., carbonates, CaCO3) rock layers that represent lake deposits that once occupied interdune areas, which served as watering holes for a variety of dinosaurs and small theraspids (relatives of mammals). These carbonates were age dated using the radiometric method of uranium-lead (U-Pb), providing ages of 200.5 ± 1.5 million years (Ma) and 195.0 ± 7.7 Ma.

These age dates show that in eastern Utah parts of the Navajo desert are much older than previously thought, and together with age dates from Arizona show that the giant sand sea became younger to the south. The lake and associated spring deposits also show that this vast desert, at times, had a wetter climate and more active hydrologic cycle than had been previously assumed.

This work demonstrates that the desertification process is complex, and that age dates from carbonates and correlation of rock layers will help answer major questions of how desertification takes place in continental interiors.

This study has societal relevance because the history of hydroclimate (i.e., groundwater and climate) change recorded in the Navajo desert deposits can serve as a model for modern marginal environments that may be impacted by desertification from a warming climate. With the projected rise in global temperature, regions in marginal zones are anticipated to become even more vulnerable to desertification. That is, these zones will become part of the growing desert regions. Particularly vulnerable areas are found in Africa and Asia, areas with large population densities that are already exceeding the capacity to supply food and water. By studying how the Navajo erg evolved, we can provide important insights into rates of modern desertification.


Contacts and sources:
Kea Giles
The Geological Society of America