Seven thousand years ago, societies across Eurasia began to show signs of lasting divisions between haves and have-nots. In new research published in the journal Antiquity, scientists chart the precipitous surge of prehistoric inequality and trace its economic origins back to the adoption of ox-drawn plows.

Their findings challenge a long-held view that inequality arose when human societies first transitioned from hunting and gathering to agriculture. According to the researchers, it was not agriculture per se that ushered in substantial wealth inequalities, but instead a transformation of farming that made land more valuable and labor less so.

"Ox drawn plows were the robots of the late Neolithic," explains co-author Samuel Bowles, an economist at the Santa Fe Institute. The oxen were a form of labor-saving technology that led to a decoupling of wealth from labor – a decoupling fundamental to modern wealth inequality. "The effect was the same as today: growing economic disparities between those who owned the robots and those whose work the robots displaced."

In the first of two companion papers, the researchers present new statistical methods for comparing wealth inequality across different kinds of wealth, different societies, in different regions, at different times in history. Their analysis of data from 150 archeological sites reveals a steep increase in inequality in Eurasia from around 4,000 BC — several millennia after the advent of agriculture.

“The surprise here isn’t so much that inequality takes off later on, it’s that it stayed low for such a long time,” says lead author Amy Bogaard, an archaeologist based at the University of Oxford who is also an external professor at the Santa Fe Institute.

Before around 4,000 BC, societies across the Middle East and Europe cultivated a patchwork of small garden plots, which Bogaard likens to present-day “allotments” in the UK. Families would have grown a variety cereal grains, as well as lentils, peas, and other pulse crops that needed to be harvested by hand. Notably, they would have tilled the soil by hand using hoes, in some cases also with the help of unspecialized cattle (such as aging milk cows) to pull plows, and carefully monitored their gardens during the growing season to protect them from wild animals. “It was quite a busy landscape, with lots of people working in and around these garden plots.” 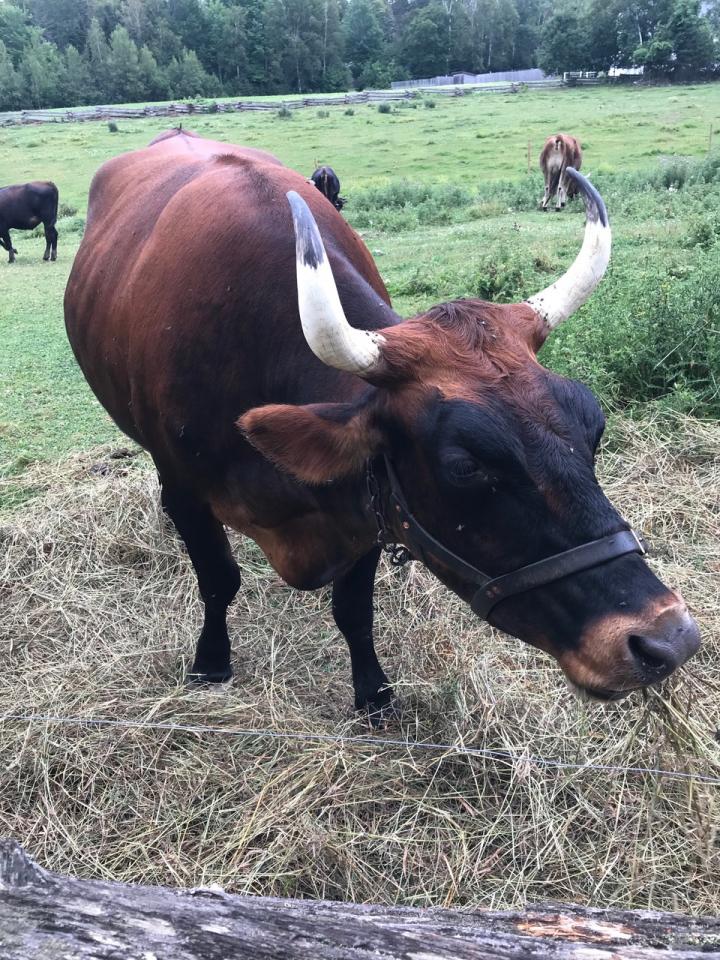 Then something changed. Farmers who were well resourced enough to raise and maintain specialized plow oxen saw new opportunities in farming additional land. A single farmer with an ox team could cultivate ten times or more land than a hoe farmer, and would begin to acquire more and more land to cultivate. Those who owned land and ox teams also began to opt for more stress-tolerant crops, like barley or certain kinds of wheat, that didn’t require much labor.

By the second millennium BC in many farming landscapes fields stretched to the horizon, and societies were deeply divided between wealthy landowners, who passed their holdings on to their children, and land-poor or landless families.

“So long as labor was the key input for production, inequality was limited because families did not differ much in how much labor they could deploy to produce crops, ” Fochesato explains. “But when the most important input became land, differences between families widened because land and other material forms of wealth could be accumulated and transmitted over generations. By chance, or force, or hard work, some families came to have a lot more than others. Then radical inequality arose.”

The two new papers are part of a growing body of scientific research that is applying comparative economic measures to the archaeological record. Much of the work is part of Bowles’ long-running series of interdisciplinary workshops on the origins of wealth inequality, which convene annually at the Santa Fe Institute. The new research supports previous findings by archaeologist Tim Kohler et al (Nature, 2017), which drew attention to a markedly greater wealth inequality in post-Neolithic Eurasia than in the Americas, where domesticated draft animals would not have been available.

One consequence of inequality, Bogaard notes, is that the most unequal societies tended to be more fragile and susceptible to political upheaval or climate change.

The takeaway for people today is that “if there are opportunities to monopolize land or other key assets in a production system, people will. And if there aren’t institutional or other redistributive mechanisms, inequality is always where we’re going to end up.” Land is still a relevant asset, Bogaard says, “but there are many other kinds of assets now that we should think about people’s capacity to own and benefit from.”

Email ThisBlogThis!Share to TwitterShare to FacebookShare to Pinterest
Labels: Archaeololgy