What happens, though, when babies drink milk that does not come directly from the breast, but is pumped at different times of day and stored in advance of feeding? Scientists have rarely considered the potential effects of “mistimed” milk on infants’ development, but the implications are potentially far-reaching.

Is a bottle of morning milk at night the equivalent of turning on all the lights at bedtime? 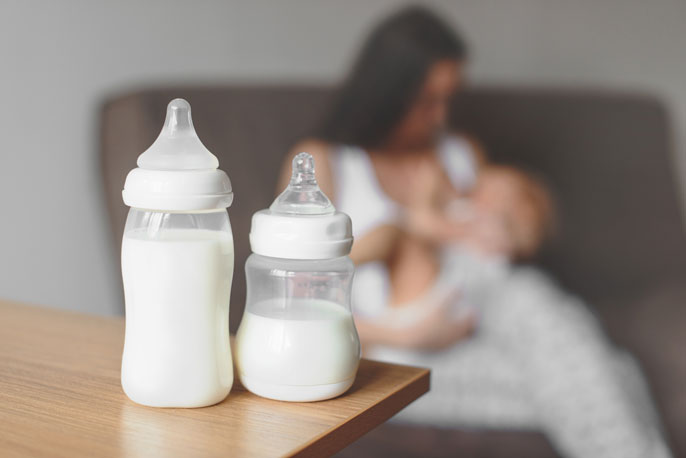 As psychologists who study the biology of parenting, we teamed up with Laura Glynn, Caroline Steele and Caroline Bixby to investigate the evidence for breast milk as a timekeeper.
Body clocks over the course of the day

Sleep, eating and energy levels all show circadian rhythms, which means they follow a daily cycle. As any parent who has sleepwalked through a 3 a.m. feeding knows, infants are not born with these rhythms fully set. Instead, their sense of day and night develops over the first weeks and months of life, thanks to cues like sunlight and darkness.

Babies vary: Some show predictable circadian fluctuations in hormones linked with alertness, sleep and appetite, and can sleep for long stretches shortly after birth, whereas others seem to have their daily rhythms upside-down for months. Delays in the development of circadian biology can increase the risk of colic and lead to growth and feeding problems.

But scientists know very little about why circadian biology comes online on such different schedules for different infants. Breast milk may help program infant circadian rhythms, helping to explain why some parents of newborns enjoy long full nights of sleep, whereas others struggle to get their infants on a schedule.

Breast milk changes dramatically over the course of the day. For example, levels of cortisol — a hormone that promotes alertness — are three times higher in morning milk than in evening milk. Melatonin, which promotes sleep and digestion, can barely be detected in daytime milk, but rises in the evening and peaks around midnight.

An evening feeding might be sharing ‘time for bed’ signals from mom’s body with baby. 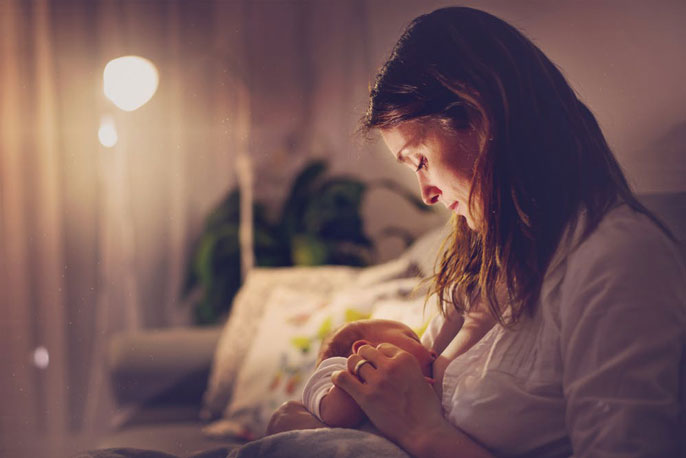 While it’s clear that milk changes over the course of the day, scientists know little about what this means for infant health.

Researchers do know that the hormones and immune components in breast milk are passed along to infants, and that infants are starting to develop and refine their own circadian rhythms during the first months of life. It’s plausible that the chronosignals in breast milk would help to shape infants’ own circadian biology. Differences in infant feeding patterns might help explain why there’s such variability in the development of these daily rhythms from one infant to another.
Mistimed messages in milk?

For most of human history, breast milk could only be consumed directly from the breast, meaning that milk was always ingested right when it was produced. Now, with the advent of breast pumps and refrigeration, that’s no longer the case. According to a 2005-2007 survey, over 85 percent of breastfeeding mothers in the U.S. have pumped their milk.

What happens when babies drink night milk in the morning, or morning milk in the late afternoon? We don’t know for sure, because this question has been woefully understudied. Offering an infant a bottle of morning milk in the evening, with its high cortisol and low melatonin, might be the nutritional equivalent of flipping the lights on right before bedtime.

If chronosignals in milk do indeed help to calibrate infant circadian biology, then infants who drink “mistimed” milk may struggle more with sleep, digestion and development.

Keeping track of the time of day breast milk was pumped could help sort out any circadian clock issues. 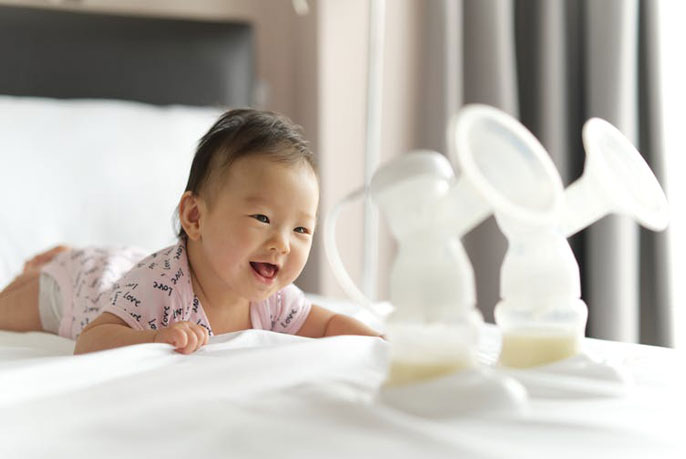 There’s a fairly easy fix, of course. Mothers can label their milk with the time it was pumped and coordinate infant feedings to offer morning milk in the morning, afternoon milk in the afternoon and night milk at night.

If this became standard practice in neonatal intensive care units, we think that thousands of infants could benefit from milk served right on time, potentially helping them better regulate their circadian rhythms. Many NICUs have already adopted practices designed to better regulate infant circadian biology, such as dimming the lights at night, so time-matched milk would be a logical next step. Similarly, milk banks that accept donor milk could sort milk into batches by time of day.

There’s a simpler alternative to time-matching pumped milk: boosting women’s ability to breastfeed their infants right on the spot by offering reasonable paid parental leave policies. Mothers who can feed their infants directly don’t need to worry about organizing their milk by time of day, and milk that is offered straight from the breast may confer other health benefits as well.

Research continues to explore the role of breast milk in timekeeping and its impact on infant health and development. If time-matched milk does turn out to be a key way to help set babies’ internal clocks, the public health case grows stronger for policies that support mothers’ ability to stay home with their infants during the first year of life.

This article is republished from The Conversation under a Creative Commons license. Read the original article here.