How the Sun Gets It's Spots

For 400 years people have tracked sunspots, the dark patches that appear for weeks at a time on the sun's surface. They have observed but been unable to explain why the number of spots peaks every 11 years.

A University of Washington study published this month in the journal Physics of Plasmas proposes a model of plasma motion that would explain the 11-year sunspot cycle and several other previously mysterious properties of the sun.

Sunspots can be seen on this image of solar radiation. Each sunspot lasts a few days to a few months, and the total number peaks every 11 years. The darker spots accompany bright white blotches, called faculae, which increase overall solar radiation. 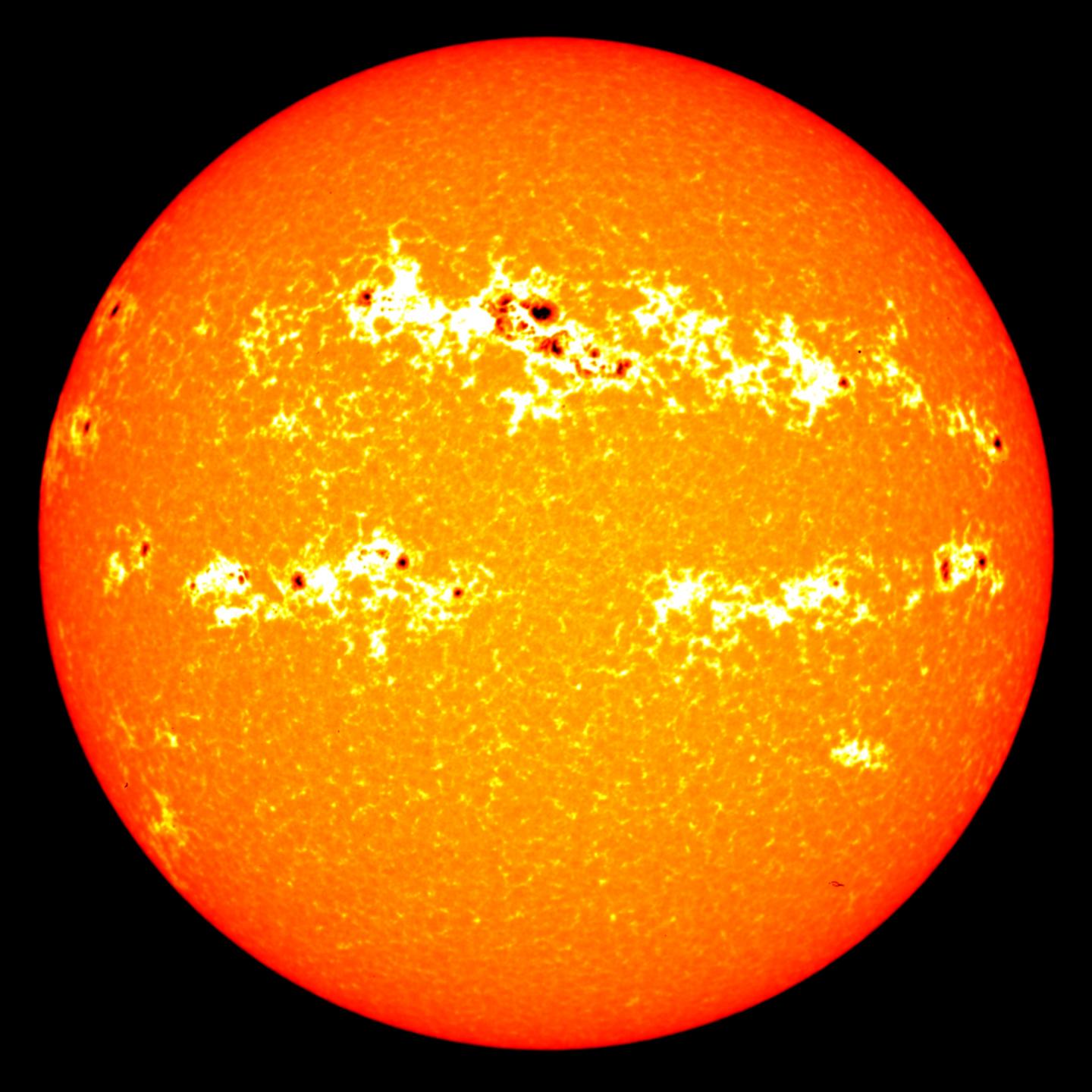 "Our model is completely different from a normal picture of the sun," said first author Thomas Jarboe, a UW professor of aeronautics and astronautics. "I really think we're the first people that are telling you the nature and source of solar magnetic phenomena -- how the sun works."

The authors created a model based on their previous work with fusion energy research. The model shows that a thin layer beneath the sun's surface is key to many of the features we see from Earth, like sunspots, magnetic reversals and solar flow, and is backed up by comparisons with observations of the sun.

"The observational data are key to confirming our picture of how the sun functions," Jarboe said.

In the new model, a thin layer of magnetic flux and plasma, or free-floating electrons, moves at different speeds on different parts of the sun. The difference in speed between the flows creates twists of magnetism, known as magnetic helicity, that are similar to what happens in some fusion reactor concepts.

"Every 11 years, the sun grows this layer until it's too big to be stable, and then it sloughs off," Jarboe said. Its departure exposes the lower layer of plasma moving in the opposite direction with a flipped magnetic field.

The so-called "butterfly diagram" shows that sunspot activity starts farther from the sun's equator and gradually moves toward the center. The cycle repeats every 11 years.

"If the two hemispheres rotate at different speeds, then the sunspots near the equator won't match up, and the whole thing will die," Jarboe said.

"Scientists had thought that a sunspot was generated down at 30 percent of the depth of the sun, and then came up in a twisted rope of plasma that pops out," Jarboe said. Instead, his model shows that the sunspots are in the "supergranules" that form within the thin, subsurface layer of plasma that the study calculates to be roughly 100 to 300 miles (150 to 450 kilometers) thick, or a fraction of the sun's 430,000-mile radius.

"The sunspot is an amazing thing. There's nothing there, and then all of a sudden, you see it in a flash," Jarboe said.

The group's previous research has focused on fusion power reactors, which use very high temperatures similar to those inside the sun to separate hydrogen nuclei from their electrons. In both the sun and in fusion reactors the nuclei of two hydrogen atoms fuse together, releasing huge amounts of energy. 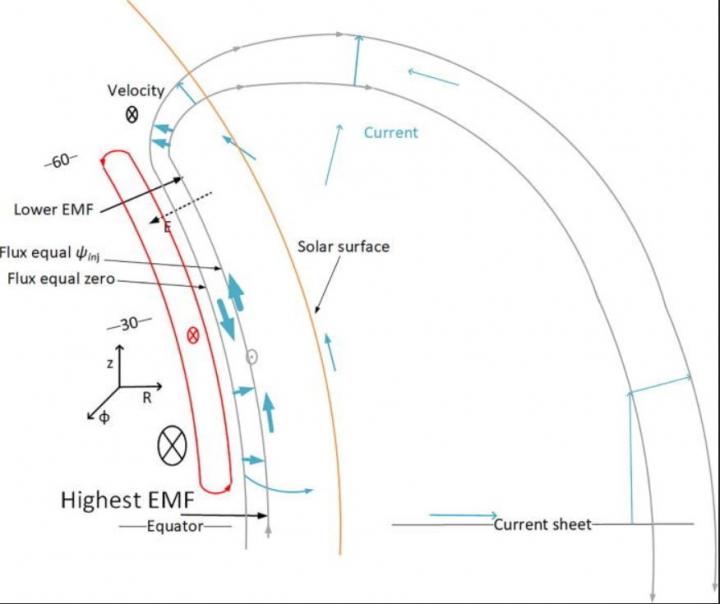 The type of reactor Jarboe has focused on, a spheromak, contains the electron plasma within a sphere that causes it to self-organize into certain patterns. When Jarboe began to consider the sun, he saw similarities, and created a model for what might be happening in the celestial body.

"For 100 years people have been researching this," Jarboe said. "Many of the features we're seeing are below the resolution of the models, so we can only find them in calculations."

Other properties explained by the theory, he said, include flow inside the sun, the twisting action that leads to sunspots and the total magnetic structure of the sun. The paper is likely to provoke intense discussion, Jarboe said.

"My hope is that scientists will look at their data in a new light, and the researchers who worked their whole lives to gather that data will have a new tool to understand what it all means," he said.

Contacts and sources:
Hannah Hickey
University of Washington
on September 20, 2019