Genesis 36:31 describes an early, pre-10th century BCE Edomite kingdom: "... the kings who reigned in Edom before any Israelite king reigned." But the archaeological record has led to conflicting interpretations of this text.

Now a Tel Aviv University study published in PLOS ONE on September 18 finds that the kingdom of Edom flourished in the Arava Desert in today's Israel and Jordan during the 12th-11th centuries BCE.

More than 6 m of copper production waste were excavated at Khirbat en-Nahas, Jordan. The excavated materials from here and other sites were used to track more than four centuries of technological and social evolution in biblical Edom. 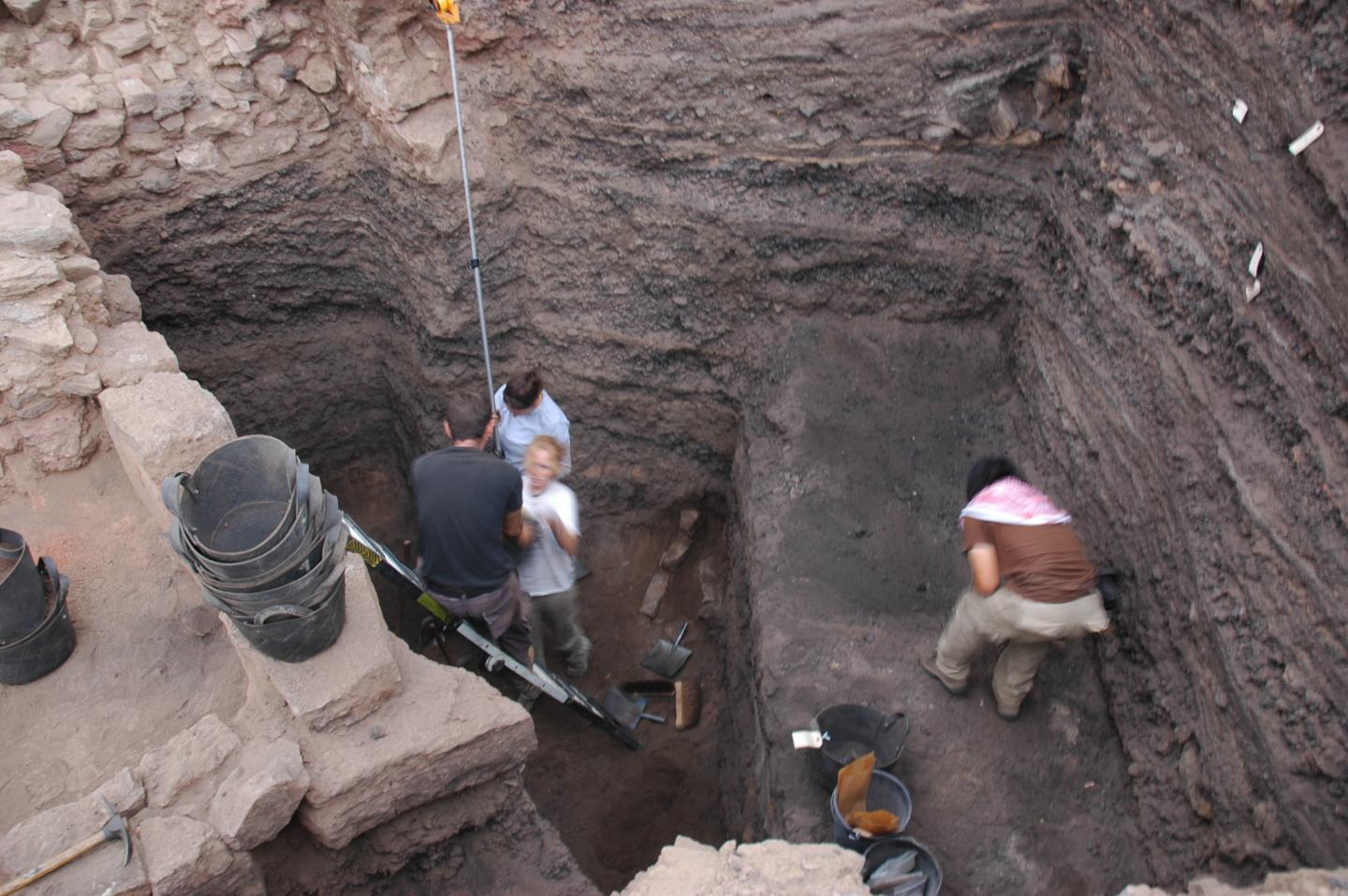 Expert analysis of specimens found in copper production sites in the Arava, led by Prof. Erez Ben-Yosef of TAU's Department of Archaeology and Ancient Near Eastern Cultures and Prof. Tom Levy of the University of California, San Diego, reveals the untold story of an affluent, flourishing society led by a copper "high-tech network."

Copper, used in ancient times to produce tools and weapons, was the most valuable resource in the Ancient Near East. Copper production is a complex process, requiring different stages and levels of expertise.

Prof. Ben-Yosef's team analyzed hundreds of findings from ancient copper mines in Jordan (Faynan) and Israel (Timna) to reconstruct the evolution and refinement of the copper manufacturing industry over 500 years, spanning the beginning of the first millennium BCE (1300-800 BCE). They identified dramatic changes in the copper slag discovered at the Arava sites.

"Using technological evolution as a proxy for social processes, we were able to identify and characterize the emergence of the biblical kingdom of Edom," explains Prof. Ben-Yosef. "Our results prove it happened earlier than previously thought and in accordance with the biblical description."

Prof. Ben-Yosef's analyses of copper slag, the waste of copper extraction by smelting, show a clear statistical fall in the amount of copper in the slag over time, indicating that production had become expertly streamlined for efficiency. The researchers attribute this sudden improvement to one of the most famous Egyptian invasions of the Holy Land: the military campaign of Pharaoh Shoshenq I (the biblical "Shishak"), who sacked Jerusalem in the 10th century BCE.

The new research indicates that Egypt's intervention in the land of Edom was not accompanied by destruction. Instead, it triggered a "technological leap" that included more efficient copper production and trade.

"We demonstrated a sudden standardization of the slag in the second half of the 10th century BC, from the Faynan sites in Jordan to the Timna sites in Israel, an extensive area of some 2,000 square kilometers, which occurred just as the Egyptians entered the region," says Prof. Ben-Yosef. "The efficiency of the copper industry in the region was increasing. The Edomites developed precise working protocols that allowed them to produce a very large amount of copper with minimum energy."

But Egypt at this time was a weak power, according to Prof. Ben-Yosef. While its influence in the region is clear, it probably did not command the copper industry, which remained a local Edomite enterprise.

"As a consumer of imported copper, Egypt had a vested interest in streamlining the industry. It seems that, through their long-distance ties, they were a catalyst for technological innovations across the region. For example, the camel first appeared in the region immediately after the arrival of Shoshenq I," Prof. Ben-Yosef says.

"Our new findings contradict the view of many archaeologists that the Arava was populated by a loose alliance of tribes, and they're consistent with the biblical story that there was an Edomite kingdom here," Prof. Ben-Yosef concludes. "A flourishing copper industry in the Arava can only be attributed to a centralized and hierarchical polity, and this might fit the biblical description of the Edomite kingdom."