“These ancient fossils provide us with evidence of how at least two predator species hunted these vegetarian dinosaurs 210 million-years-ago. It is amazing to follow the clues left behind in fossilised teeth, jaws, limbs and other fossils to help us tell the ancient story of life in southern Africa,” says Tolchard.

Artist's reconstruction of two rauisuchians fighting over a desiccated corpse of a mammal-relative in the Triassic of southern Africa. In the background, dinosaurs and mammal-like reptiles form other parts of the ecosystem. 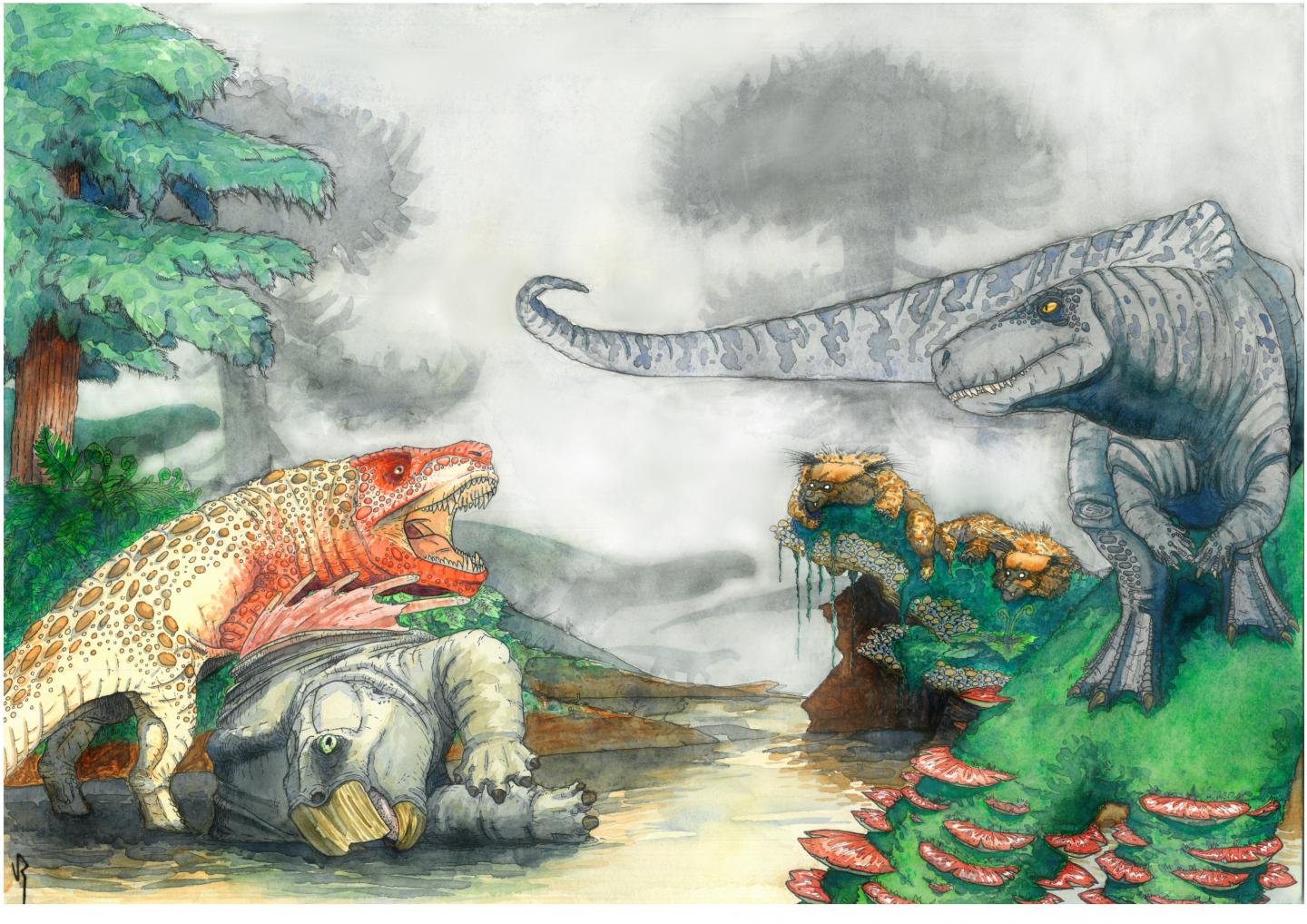 The fossils studied by Tolchard include teeth, pieces of jaws, hind limbs and body armour, all of which are can be described as parts of rauisuchians.

Rauisuchians are closely related to crocodiles as we know them today. They had a diversity of body shapes and sizes during the Triassic period. The specimens described in this research include some of the largest carnivorous members of this group, that were possibly up to 10 metres long, with huge skulls full of serrated, curved teeth.

Example of rauisuchian teeth in the Wits collections 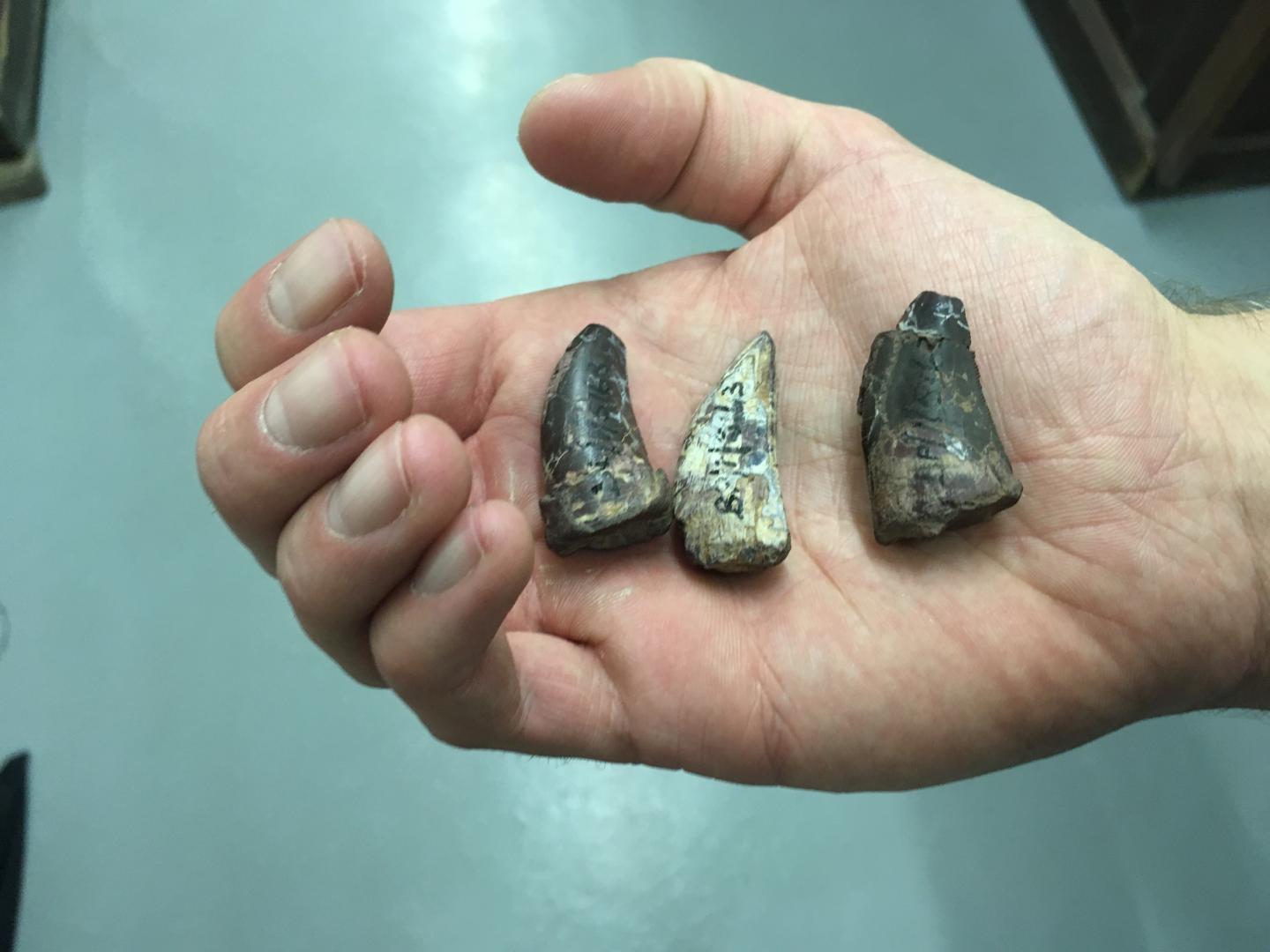 The study, published online in the Journal of African Earth Sciences last week, shows that the rauisuchians were some of the latest-surviving members of their group, and that when they were alive, they were thriving close to the Antarctic Circle – the theoretical limit for their physiology.

“In the Triassic period, rauisuchians were widespread and their fossils are known from all continents except Antarctica,” adds Tolchard. “They went extinct about 200 million years ago, paving the way for dinosaurs to become the dominant large land animals.”

“Rick’s study demonstrates the value of re-examining old specimens, and now we finally know what was preying on all those herbivorous dinosaurs!” says Professor Jonah Choiniere, Rick’s advisor and Professor of Comparative Palaeobiology at the Wits Evolutionary Studies Institute.

Rick Tolchard studying rauisuchians in the Geological Survey in Namibia. 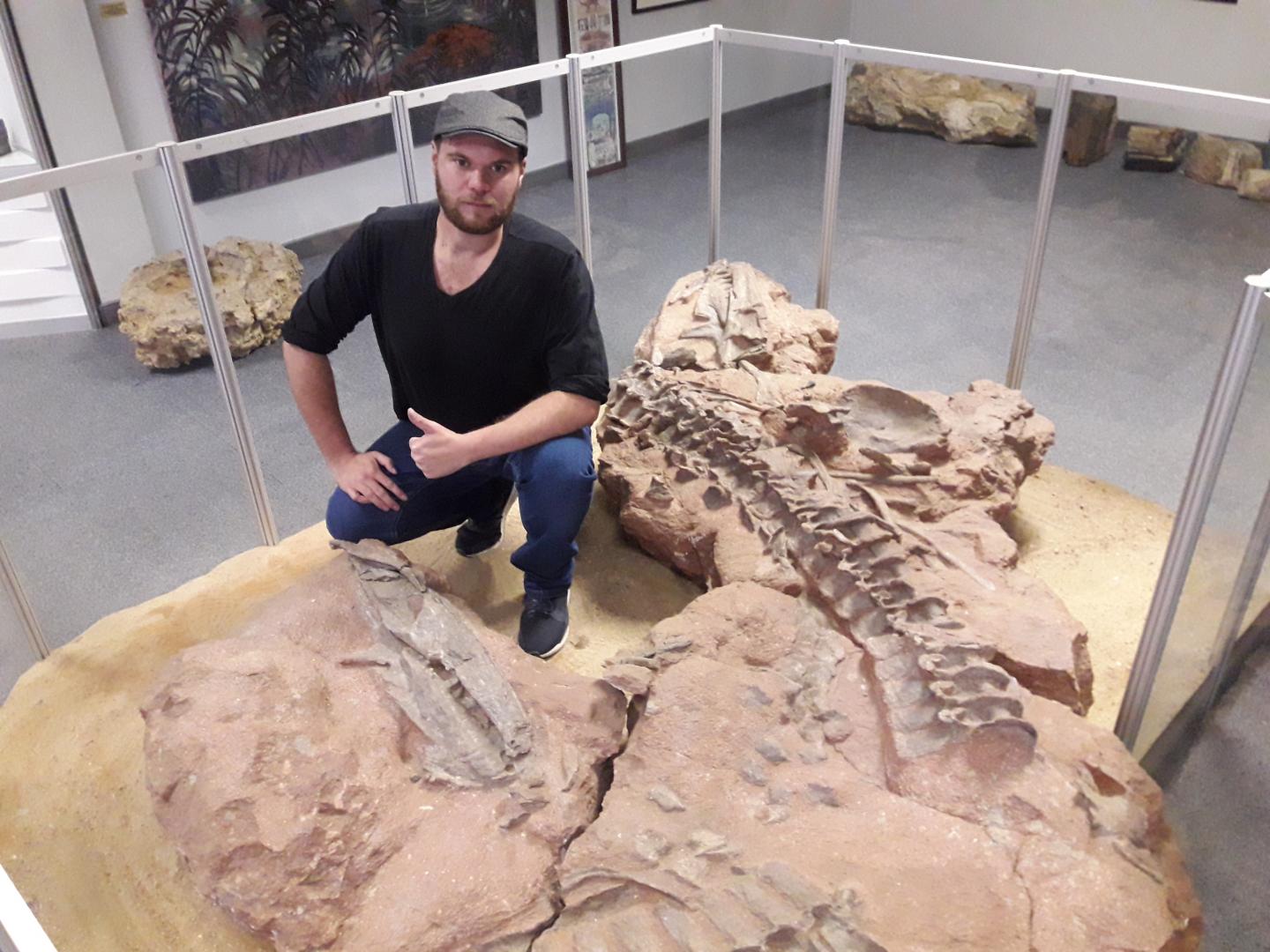 Tolchard studied fossils from collections based at the the University of the Witwatersrand, the Iziko South African Museum and the National Museum in Bloemfontein. He was joined in the research by an international team, including researchers from the USA, Argentina and the UK.