For every question about bird poop, uric acid appears to be the answer.

Why are bird droppings so hard to remove from buildings? Uric acid.

Why are they white and pasty? Uric acid.

Why are they corrosive to car paint and metal structures? Uric acid.

These answers are based on the prevailing wisdom that ranks uric acid as the primary ingredient in bird “poop,” which is comprised mostly of urine. (Birds release both solid and liquid waste at the same time. The white substance is the urine).

The ostrich was one of the six different bird species examined in the study. 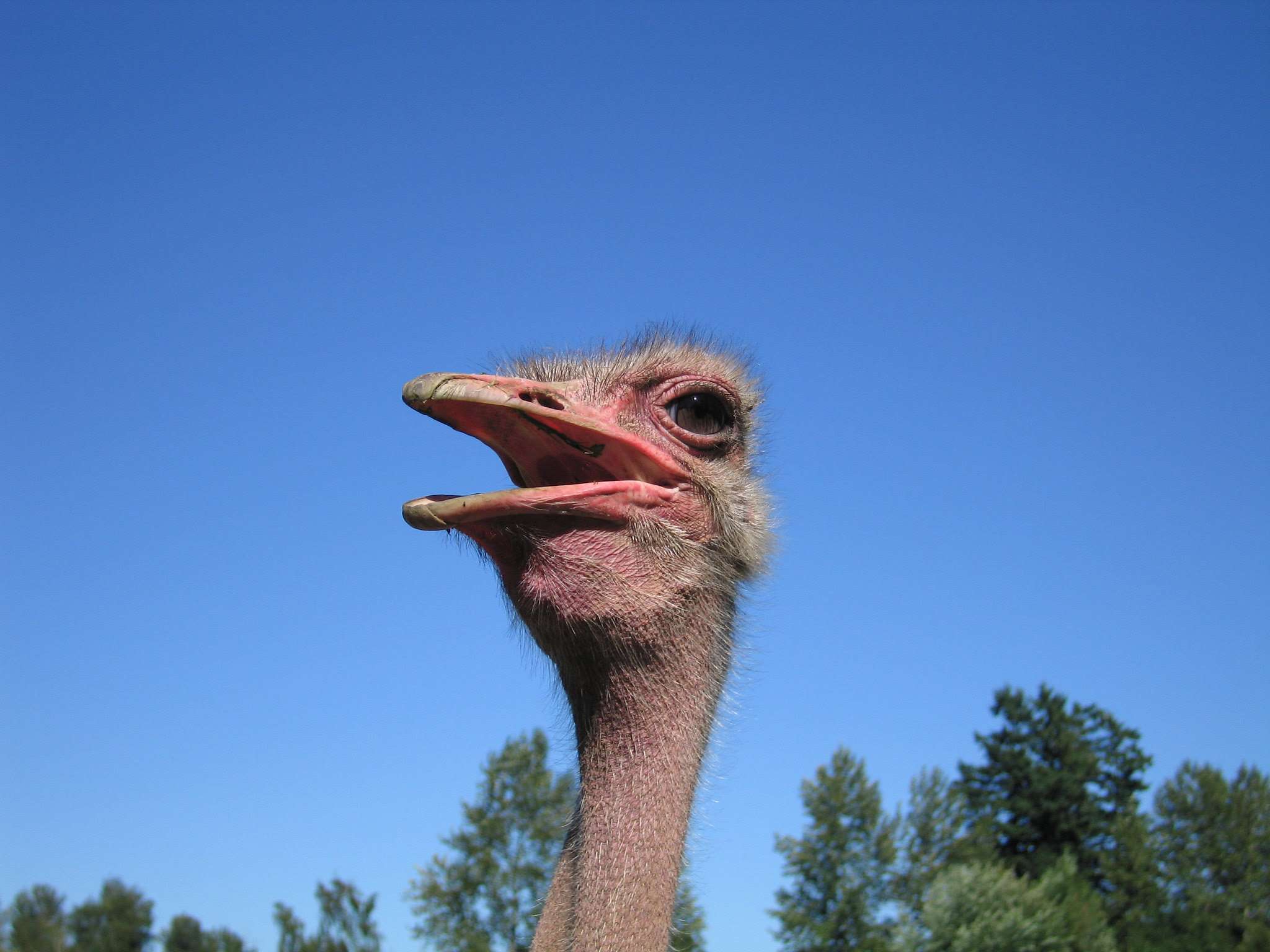 But according to Nick Crouch, a scientist at The University of Texas at Austin, uric acid can’t be the answer. That’s because there is no uric acid in excreted bird urine.

And after analyzing the excretions from six different bird species – from the Great Horned Owl to the humble chicken – he’s pretty positive of that statement.

“It was easy to tell that what we had and that it was not uric acid,” Crouch said.

The results were published in the Journal of Ornithology in August 2019. The study’s co-authors are Julia Clarke, a professor at the Jackson School of Geosciences, where Crouch is currently a postdoctoral researcher, and Vincent Lynch a chemist and research scientist at the UT College of Natural Science.

Crouch studies bird evolution and biodiversity – the chemistry of bird waste is not his usual research wheelhouse. However, Crouch decided to investigate the uric acid question after a conversation in 2018 with the late Jackson School Professor Bob Folk, who claimed that bird waste didn’t contain uric acid.

“Sometimes you just get presented with a really weird question and you want to know the answer,” Crouch said. “That was this – I had no idea if [Folk] was right or wrong beforehand, but I was really interested to have a look.”

Folk had looked into the question himself in the 1960s and found no sign of the substance in samples collected in 17 species.

“Bob folk was a creative and boundary pushing scientist who primarily was interested in rocks,” Clarke said. “It is a testament to his limitless creativity that he took on what he referred to as his ‘bird paper’”

Folk published a paper in 1969 describing the X-ray diffraction workup and solubility tests that comprised his analysis. But his work was challenged by a 1971 paper that found evidence for uric acid in waste from Budgies, a type of parrot, using the same sort of X-ray diffraction analysis used by Folk.

Crouch said that he thought that running the analyses again using modern technology could help settle the question. Although X-ray diffraction hasn’t changed much over the past 50 years, the technology for analyzing its results – which consist of distinctive scattering patterns created when X-rays are deflected by different chemicals present in a substance – has become much more accurate and accessible over the decades.

A sample from the study undergoing X-ray diffraction. The chemical makeup of the sample is determined by interpreting the distinct deflection patterns of the X-rays. 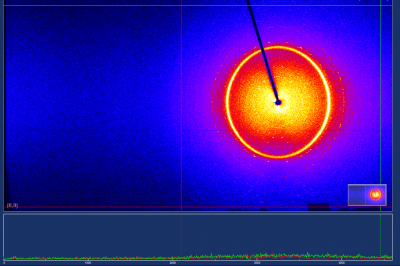 As for the samples themselves, most came fresh from birds kept at the Austin Zoo, while the chicken waste sample came from a backyard flock owned by Crouch’s neighbors. All together, the samples covered a good swath of bird diversity – including species from the three major groupings of birds, a variety of diets and flightless species. But none of the samples produced an X-ray diffraction pattern consistent with uric acid. The analysis found ammonium urate, struvite and two unknown compounds.

Based on findings from other research, Crouch said that the substances are probably the result of bacteria inside the bird’s gut breaking down uric acid before it is excreted. Research conducted by other scientists having identified a diverse array of bacteria inside the digestive organs of birds that do just that.

Sushma Reddy, an associate professor and the Breckenridge Chair of Ornithology at the University of Minnesota, said she was surprised by the research findings and thinks they will spur more research into bird physiology.

“It goes against the old doctrine that we learn,” Reddy said. “It’s pretty incredible that we live in this time where we can reanalyze with incredible technologies these things that we took for granted.”

Crouch said that this research opens the door to new research questions, from the power of the bird microbiome to identifying the two unknown substances. He said that most of all, it shows the value of taking the time to question conventional wisdom.

“I had no idea I was going to work on bird pee,” Crouch said, “but I find myself with so many new questions about the avian microbiome, which shows how our research can take us in unexpected and exciting directions.”