A special kind of streaked aurora has been found to track disturbances in near-Earth space from the ground. Known as structured diffuse aurora, it was recently discovered, with the help of NASA spacecraft and instruments, that these faint lights in the night sky can map the edges of the Van Allen radiation belts — hazardous concentric bands of charged particles encircling Earth.

When the Van Allen belts undulate in shape and size — which they do in response to incoming radiation from the Sun as well as changes from Earth below — they can envelop satellites in unexpected radiation. The new discovery will help us better track the edges of the belts — and the more we know about how the belts are changing, the more we can mitigate such effects.

A white light camera at Poker Flat shows the structured diffuse aurora, that mark the edge of the Van Allen radiation belt as it dances across the night sky. Using a combination of instruments and spacecraft, scientists were able to determine where the electrons causing the aurora had originated.


The road to linking these auroras to the Van Allen belts began with a blob seen in radar data.

Scientists spotted the unexpected blob, caused by an excess of electrons, in radar data from Poker Flat, a research facility and rocket range in Alaska – and they set out to find its origin. Using a group of instruments — including NASA’s Time History of Events and Macroscale Interactions during Substorms (THEMIS) mission, NOAA-17 (a low-Earth orbit spacecraft), and radar and optical instruments on the ground at Poker Flat — the scientists were able to track back to the electrons’ source.

An unexpected blob, circled in green, seen in radar data from Poker Flat sparked the research leading to the discovery of the structured diffuse aurora as maps of the edge of the outer Van Allen belt.


​They did this by looking at the energies of the electrons. Electrons coming from the outer Van Allen belt have high energies that decrease farther away from Earth. The scientists worked out where these electrons had been by mapping their trajectories and working backwards. Measurements from the NOAA-17 satellite along the trajectory confirmed that the streaked aurora, which was visible during the blob event, ultimately maps to the edge of the outer Van Allen belt.

This illustration shows the white-light observations of the fine structure in the aurora superimposed over Alaska. The dots signifying electrons are color coded to show their origins, with red dots indicating electrons from the radiation belts and blue from further out. 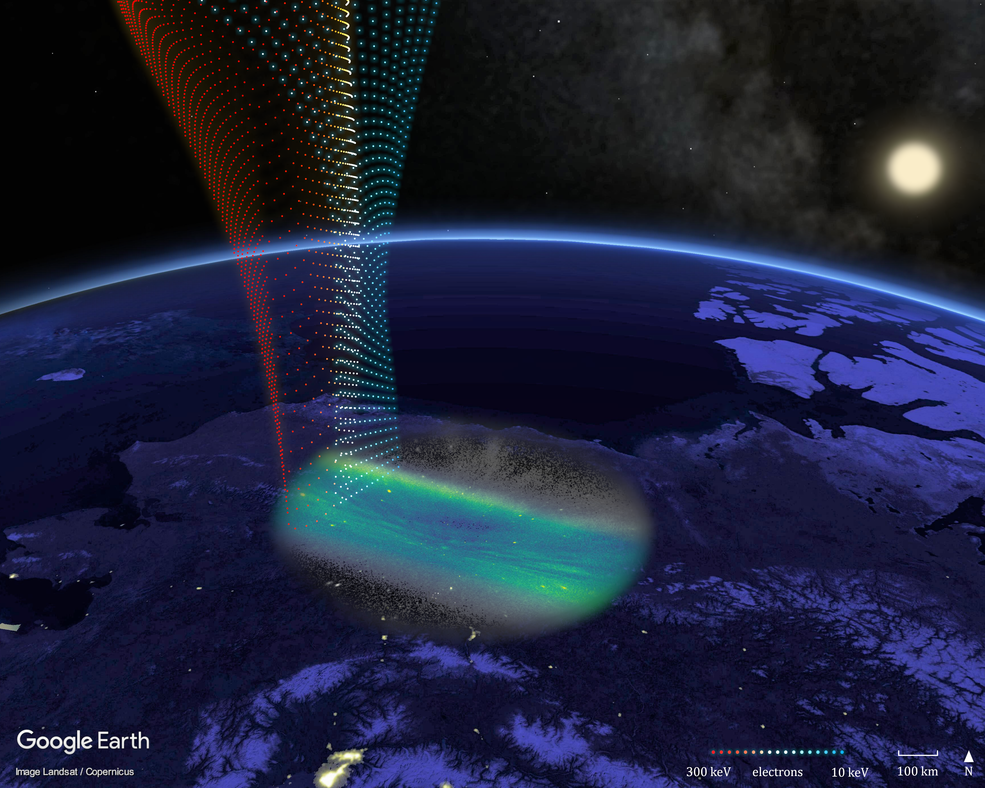 
The scientists found the electrons had been knocked loose from the outer Van Allen belts as Earth’s magnetic environment was squeezed before the onset of what’s known as a substorm — a space weather event on the night side of Earth triggered by an onslaught of charged particles from the Sun. Eventually, the electrons made their way down into the atmosphere, where they manifested as streaks in the aurora. 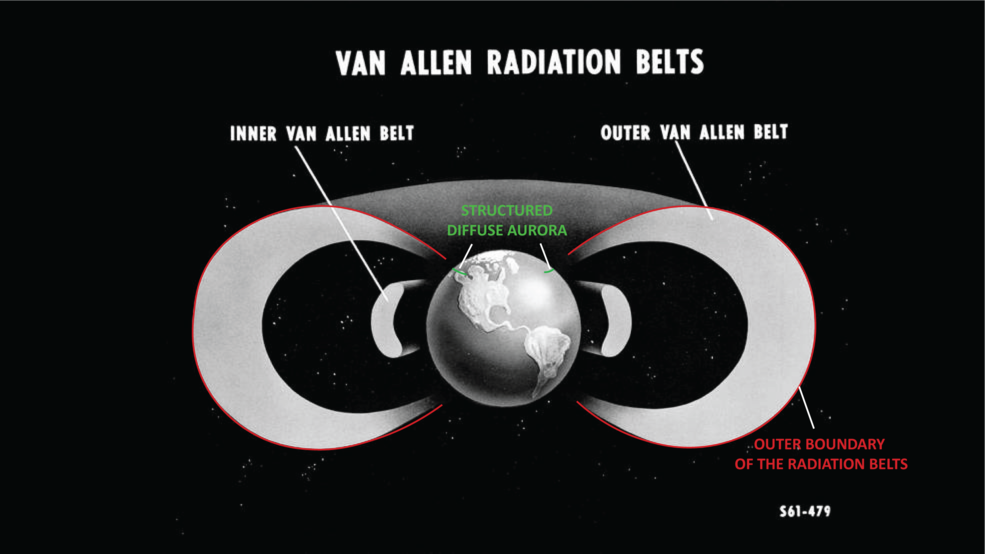 
Scientists will now be able to watch structured diffuse aurora from the ground in real-time to better understand how the edge of the outer Van Allen belt is changing — something that previously could only be done intermittently by waiting for a spacecraft to fly under the belt.