Australasian palaeontologists have discovered the world's largest parrot, standing up to 1m tall with a massive beak able to crack most food sources.

The new bird has been named Heracles inexpectatus to reflect its Herculean myth-like size and strength - and the unexpected nature of the discovery.


Reconstruction of the giant parrot Heracles, dwarfing a bevy of 8cm high Kuiornis -- small New Zealand wrens scuttling about on the forest floor. 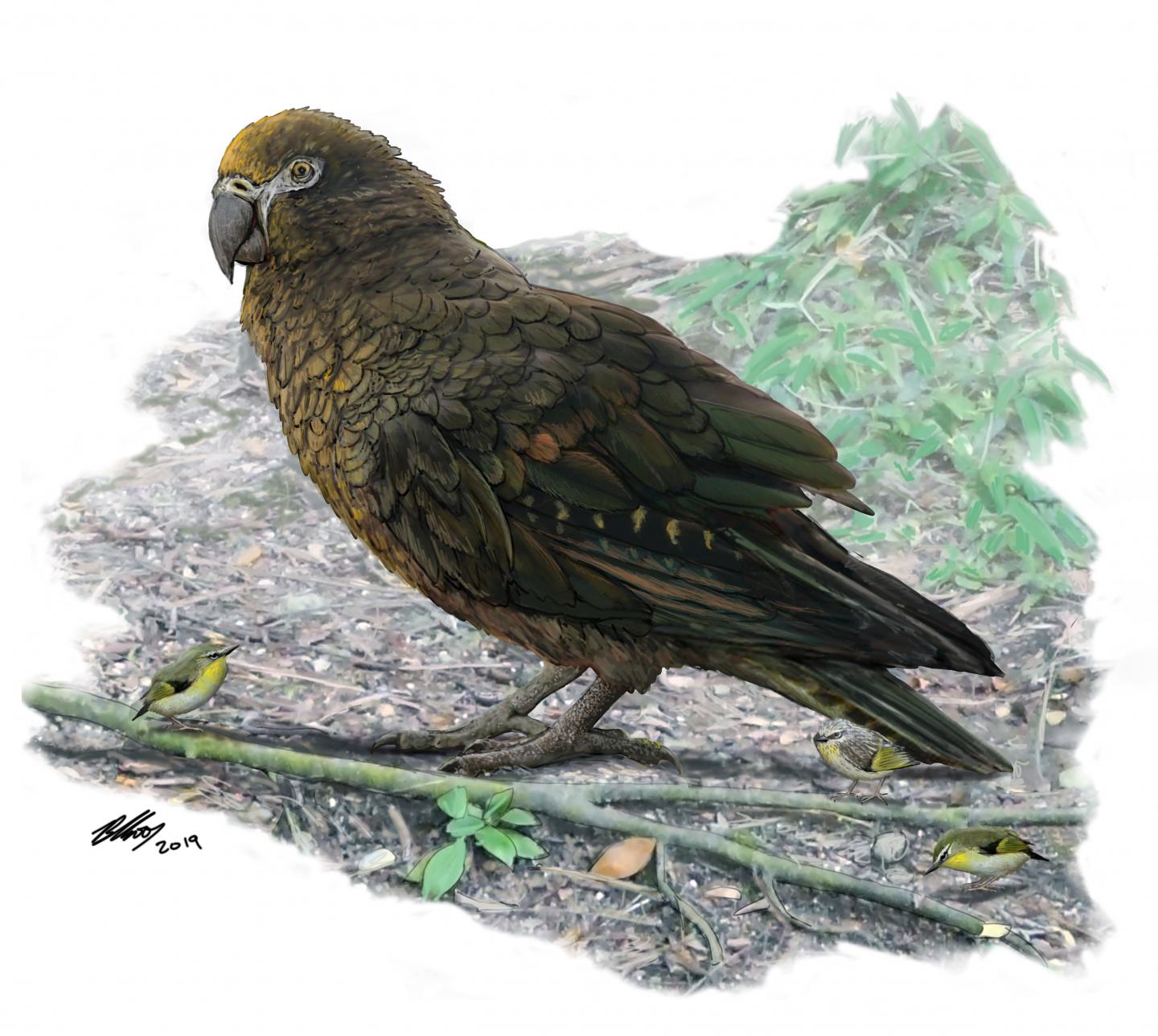 
"But until now, no-one has ever found an extinct giant parrot - anywhere."

The NZ fossil is approximately the size of the giant 'dodo' pigeon of the Mascarenes and twice the size of the critically endangered flightless New Zealand kakapo, previously the largest known parrot.

Like the kakapo, it was a member of an ancient New Zealand group of parrots that appear to be more primitive than parrots that thrive today on Australia and other continents.

The new parrot was found in fossils up to 19 million years old from near St Bathans in Central Otago, New Zealand, in an area well known for a rich assemblage of fossil birds from the Miocene period.

"We have been excavating these fossil deposits for 20 years, and each year reveals new birds and other animals," says Associate Professor Worthy, from the Flinders University Palaeontology Lab.

"While Heracles is one of the most spectacular birds we have found, no doubt there are many more unexpected species yet to be discovered in this most interesting deposit."

Graphic showing the Heracles inexpectatus silhouette next to an average height person and common magpie. 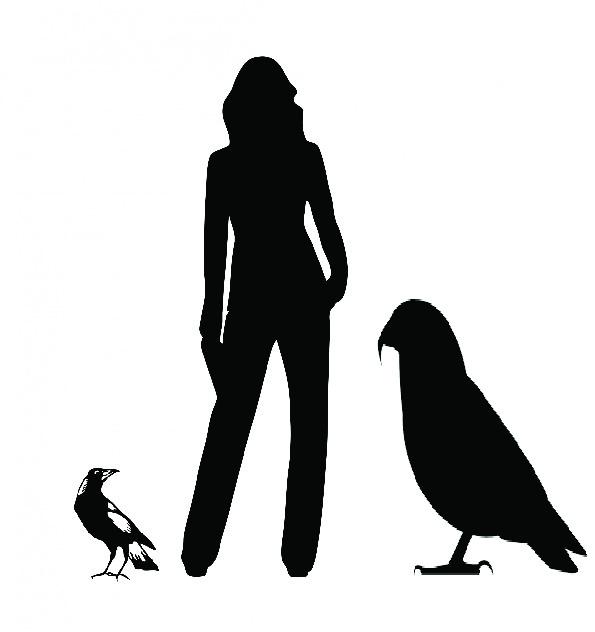 
"Heracles, as the largest parrot ever, no doubt with a massive parrot beak that could crack wide open anything it fancied, may well have dined on more than conventional parrot foods, perhaps even other parrots," says Professor Mike Archer, from the UNSW Sydney Palaeontology, Geobiology and Earth Archives (PANGEA) Research Centre.

"Its rarity in the deposit is something we might expect if it was feeding higher up in the food chain," he says, adding parrots "in general are very resourceful birds in terms of culinary interests".

"New Zealand keas, for example, have even developed a taste for sheep since these were introduced by European settlers in 1773."

Birds have repeatedly evolved giant species on islands. As well as the dodo, there has been another giant pigeon found on Fiji, a giant stork on Flores, giant ducks in Hawaii, giant megapodes in New Caledonia and Fiji, giant owls and other raptors in the Caribbean.

Heracles lived in a diverse subtropical forest where many species of laurels and palms grew with podocarp trees.

"Undoubtedly, these provided a rich harvest of fruit important in the diet of Heracles and the parrots and pigeons it lived with. But on the forest floor Heracles competed with adzebills and the forerunners of moa," says Professor Suzanne Hand, also from UNSW Sydney.

"The St Bathans fauna provides the only insight into the terrestrial birds and other animals that lived in New Zealand since dinosaurs roamed the land more than 66 million years ago," says Paul Scofield, Senior Curator at Canterbury Museum, Christchurch.

"This was a very different place with a fauna very unlike that which survived into recent times," she says.