Shining (Star)light on the Search for Life

In the hunt for life on other worlds, astronomers scour over planets that are light-years away. They need ways to identify life from afar — but what counts as good evidence?

An artist's conception of an Earth-like exoplanet.

Our own planet provides some inspiration. Microbes fill the air with methane; photosynthesizing plants expel oxygen. Perhaps these gases might be found wherever life has taken hold.

But on worlds very different from our own, putative signs of life can be stirred up by non-biological processes. To know a true sign when you see it, astronomer Kevin France at the University of Colorado, Boulder, says, you must look beyond the planet itself, all the way to the gleaming star it orbits.

To this end, France and his team designed the SISTINE mission. Flying on a sounding rocket for a 15-minute flight, it will observe far-off stars to help interpret signs of life on the planets that orbit them. The mission will launch from the White Sands Missile Range in New Mexico in the early morning hours of Aug. 5, 2019.


When Earth Is a Bad Example

Shortly after Earth formed 4.6 billion years ago, it was enveloped by a noxious atmosphere. Volcanoes spewed methane and sulfur. The air teemed with up to 200 times more carbon dioxide than today’s levels. 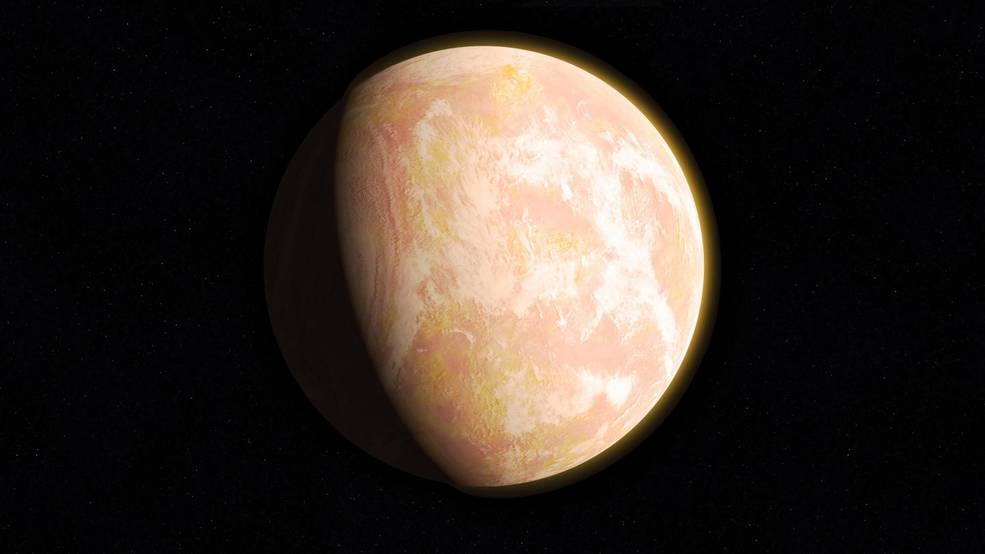 It wasn’t for another billion and a half years that molecular oxygen, which contains two oxygen atoms, entered the scene. It was a waste product, discarded by ancient bacteria through photosynthesis. But it kick-started what became known as the Great Oxidization Event, permanently changing Earth’s atmosphere and paving the way for more complex lifeforms.

“We would not have large amounts of oxygen in our atmosphere if we didn’t have that surface life,” France said.

Oxygen is known as a biomarker: a chemical compound associated with life. Its presence in Earth’s atmosphere hints at the lifeforms lurking below. But as sophisticated computer models have now shown, biomarkers on Earth aren’t always so trustworthy for exoplanets, or planets orbiting stars elsewhere in the universe.

France points to M-dwarf stars to make this case. Smaller and colder than our Sun, M-dwarfs account for nearly three-quarters of the Milky Way’s stellar population. To understand exoplanets that orbit them, scientists simulated Earth-sized planets circling M-dwarfs. Differences from Earth quickly emerged.

“We call these false-positive biomarkers,” France said. “You can produce oxygen on an Earth-like planet through photochemistry alone.”

Earth’s low oxygen levels without life were a kind of fluke – thanks, in part, to our interaction with our Sun. Exoplanet systems with different stars might be different. “If we think we understand a planet’s atmosphere but don’t understand the star it orbits, we’re probably going to get things wrong,” France said.


To Know a Planet, Study its Star

The Hubble Space Telescope captured this image of Planetary Nebula NGC 6826 Jan. 27, 1996. SISTINE will image NGC 6826 during its first flight to calibrate its instruments. 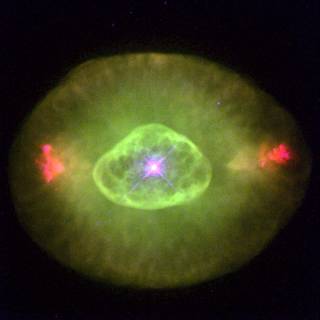 
France and his team designed SISTINE to better understand host stars and their effects on exoplanet atmospheres. Short for Suborbital Imaging Spectrograph for Transition region Irradiance from Nearby Exoplanet host stars, SISTINE measures the high-energy radiation from these stars. With knowledge about host stars’ spectra, scientists can better distinguish true biomarkers from false-positives on their orbiting planets.

To make these measurements, SISTINE uses a spectrograph, an instrument that separates light into its component parts.

“Spectra are like fingerprints,” said Jane Rigby, an astrophysicist at NASA’s Goddard Space Flight Center in Greenbelt, Maryland, who uses the methodology. “It’s how we find out what things are made of, both on our planet and as we look out into the universe.”

SISTINE measures spectra in wavelengths from 100 to 160 nanometers, a range of far-UV light that, among other things, can create oxygen, possibly generating a false-positive. Light output in this range varies with the mass of the star — meaning stars of different masses will almost surely differ from our Sun.

SISTINE can also measure flares, or bright stellar explosions, which release intense doses of far-UV light all at once. Frequent flares could turn a habitable environment into a lethal one.

The SISTINE mission will fly on a Black Brant IX sounding rocket. Sounding rockets make short, targeted flights into space before falling back to Earth; SISTINE’s flight gives it about five minutes observing time. Though brief, SISTINE can see stars in wavelengths inaccessible to observatories like the Hubble Space Telescope.

Two launches are scheduled. The first, from White Sands in August, will calibrate the instrument. SISTINE will fly 174 miles above Earth’s surface to observe NGC 6826, a cloud of gas surrounding a white dwarf star located about 2,000 light-years away in the constellation Cygnus. NGC 6826 is bright in UV light and shows sharp spectral lines — a clear target for checking their equipment.

After calibration, the second launch will follow in 2020 from the Arnhem Space Centre in Nhulunbuy, Australia. There they will observe the UV spectra of Alpha Centauri A and B, the two largest stars in the three-star Alpha Centauri system. At 4.37 light-years away, these stars are our closest stellar neighbors and prime targets for exoplanet observations. (The system is home to Proxima Centauri B, the closest exoplanet to Earth.)


The Alpha Centauri system in optical (main) and X-ray (inset) light. Only the two largest stars, Alpha Cen A and B, are visible. These two stars will be the targets of SISTINE's second flight. 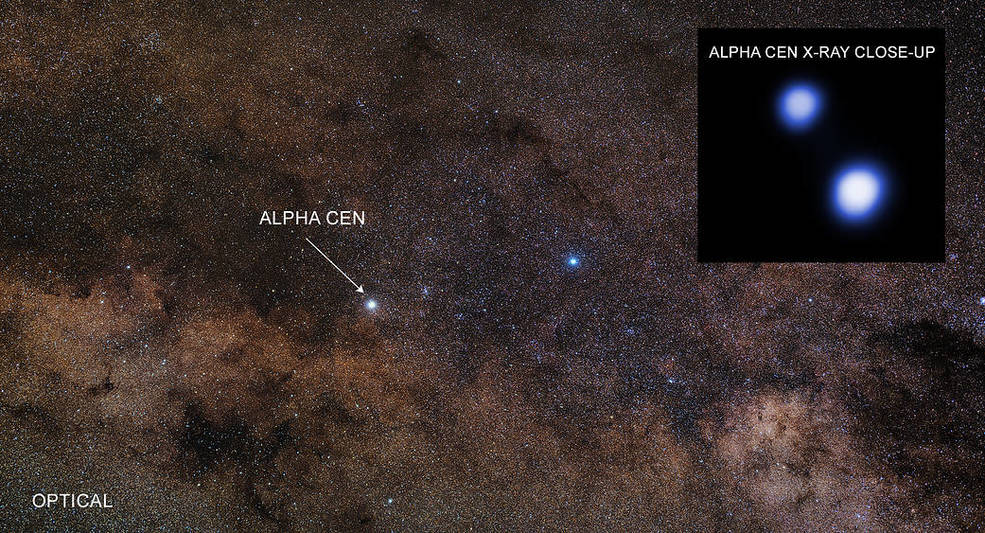 Both SISTINE’s observations and the technology used to acquire them are designed with future missions in mind.

One is NASA’s James Webb Space Telescope, currently set to launch in 2021. The deep space observatory will see visible to mid-infrared light — useful for detecting exoplanets orbiting M-dwarfs. SISTINE observations can help scientists understand the light from these stars in wavelengths that Webb can’t see.

By capturing stellar spectra and advancing technology for future missions, SISTINE links what we know with what we've yet to learn. That's when the real work starts. “Our job as astronomers is to piece those different data sets together to tell a complete story,” Rigby said.