A study from King's College London has found that people who drank red wine had an increased gut microbiota diversity (a sign of gut health) compared to non-red wine drinkers as well as an association with lower levels of obesity and 'bad' cholesterol.

In a paper published today in the journal Gastroenterology, a team of researchers from the Department of Twin Research & Genetic Epidemiology, King's College London explored the effect of beer, cider, red wine, white wine and spirits on the gut microbiome (GM) and subsequent health in a group of 916 UK female twins. 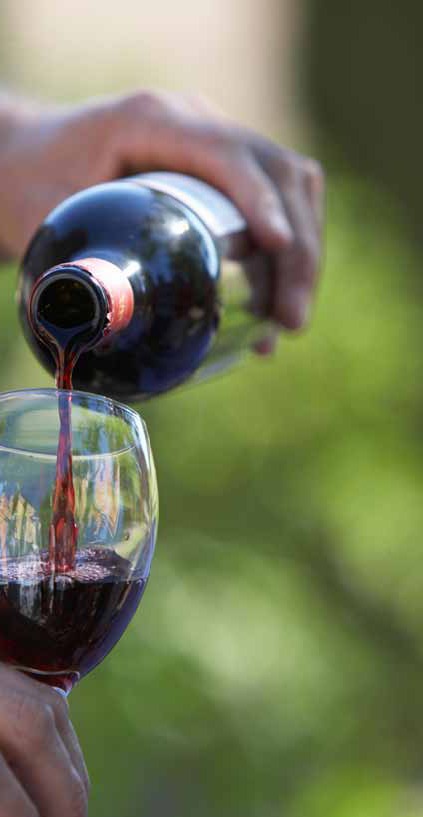 First author of the study, Dr Caroline Le Roy from King's College London said: "While we have long known of the unexplained benefits of red wine on heart health, this study shows that moderate red wine consumption is associated with greater diversity and a healthier gut microbiota that partly explain its long debated beneficial effects on health."

The microbiome is the collection of microorganisms in an environment and plays an important role in human health. An imbalance of 'good' microbes compared to 'bad' in the gut can lead to adverse health outcomes such as reduced immune system, weight gain or high cholesterol.

A person's gut microbiome with a higher number of different bacterial species is considered a marker of gut health.

The team observed that the gut microbiota of red wine consumers contained a greater number of different bacterial species compared to than non-consumers. This result was also observed in three different cohorts in the UK, the U.S. And the Netherlands. The authors took into account factors such as age, weight, the regular diet and socioeconomic status of the participants and continued to see the association.

The authors believe the main reason for the association is due to the many polyphenols in red wine. Polyphenols are defence chemicals naturally present in many fruits and vegetables. They have many beneficial properties (including antioxidants) and mainly act as a fuel for the microbes present in our system.

Lead author Professor Tim Spector from King's College London said: "This is one of the largest ever studies to explore the effects of red wine in the guts of nearly three thousand people in three different countries and provides insights that the high levels of polyphenols in the grape skin could be responsible for much of the controversial health benefits when used in moderation."

The study also found that red wine consumption was associated with lower levels of obesity and 'bad' cholesterol which was in part due to the gut microbiota.

"Although we observed an association between red wine consumption and the gut microbiota diversity, drinking red wine rarely, such as once every two weeks, seems to be enough to observe an effect. If you must choose one alcoholic drink today, red wine is the one to pick as it seems to potentially exert a beneficial effect on you and your gut microbes, which in turn may also help weight and risk of heart disease. However, it is still advised to consume alcohol with moderation," added Dr Le Roy.