Geoengineering Versus A Volcano

Major volcanic eruptions spew ash particles into the atmosphere, which reflect some of the Sun’s radiation back into space and cool the planet. But could this effect be intentionally recreated to fight climate change? A new paper in Geophysical Research Letters investigates.

Solar geoengineering is a theoretical approach to curbing the effects of climate change by seeding the atmosphere with a regularly replenished layer of intentionally released aerosol particles. Proponents sometimes describe it as being like a “human-made” volcano.

A photo of the eruption of Mount Pinatubo 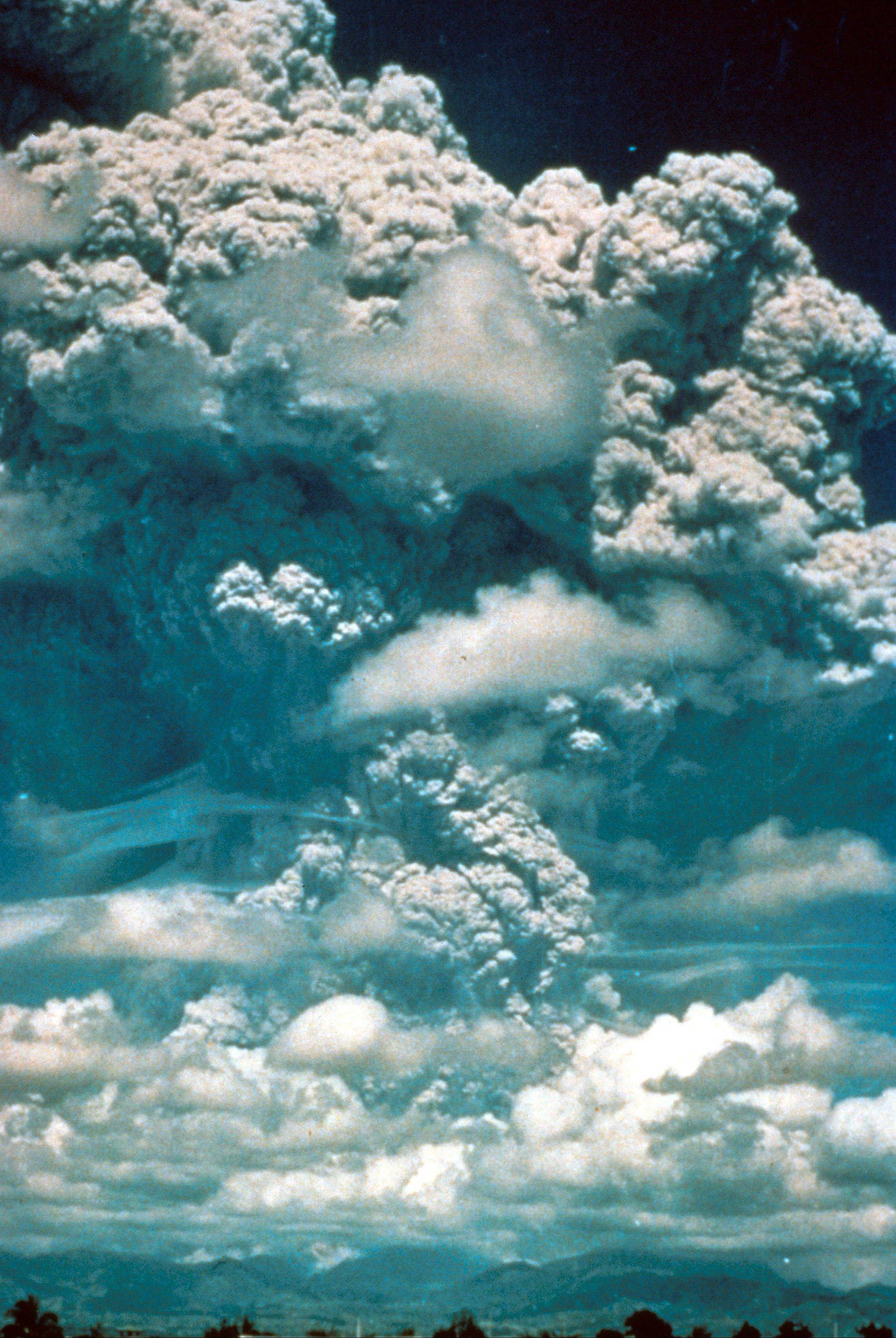 “Nobody likes the idea of intentionally tinkering with our climate system at global scale,” said Carnegie’s Ken Caldeira. “Even if we hope these approaches won’t ever have to be used, it is really important that we understand them because someday they might be needed to help alleviate suffering.”

He, along with Carnegie’s Lei Duan (a former student from Zhejiang University), Long Cao of Zhejiang University, and Govindasamy Bala of the Indian Institute of Science, set out to compare the effects on the climate of a volcanic eruption and of solar geoengineering. They used sophisticated models to investigate the impact of a single volcano-like event, which releases particulates that linger in the atmosphere for just a few years, and of a long-term geoengineering deployment, which requires maintaining an aerosol layer in the atmosphere.

They found that regardless of how it got there, when the particulate material is injected into the atmosphere, there is a rapid decrease in surface temperature, with the land cooling faster than the ocean.

However, the volcanic eruption created a greater temperature difference between the land and sea than did the geoengineering simulation. This resulted in different precipitation patterns between the two scenarios. In both situations, precipitation decreases over land—meaning less available water for many people living there—but the decrease was more significant in the aftermath of a volcanic eruption than it was in the geoengineering case.

“When a volcano goes off, the land cools substantially quicker than the ocean. This disrupts rainfall patterns in ways that you wouldn't expect to happen with a sustained deployment of a geoengineering system,” said lead author Duan.

Overall, the authors say that their results demonstrate that volcanic eruptions are imperfect analogs for geoengineering and that scientists should be cautious about extrapolating too much from them.

“While it’s important to evaluate geoengineering proposals from an informed position, the best way to reduce climate risk is to reduce emissions,” Caldeira concluded.