New study explores genetic roots of 26 populations from diverse regions and cultures of western South America and Mexico, revealing long-distance connections between speakers of the same language, and new traces of genetic diversity within Amazonia.

The vast cultural and linguistic diversity of Latin American countries is still far from being fully represented by genetic surveys. Western South America in particular holds a key role in the history of the continent due to the presence of three major ecogeographic domains (the Andes, the Amazonia, and the Pacific Coast), and for hosting the earliest and largest complex societies. A new study in Molecular Biology and Evolution by an international team lead by scholars from the Max Planck Institute for the Science of Human History and from the University of Zurich reveals signatures of history, ecology and cultural diversity in the genetic makeup of living rural populations.


Map with the locations covered in the study. Newly released data is shown together with published data from the literature. 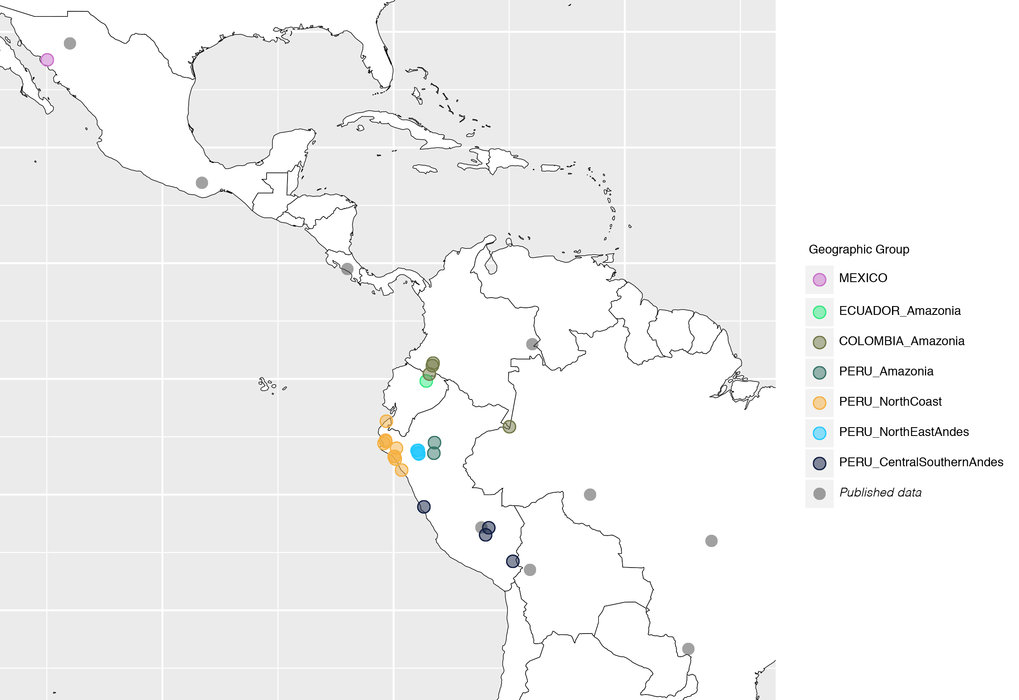 
A thorough study, a collaboration between scientists and institutes from Europe, the USA, Mexico, Ecuador, Colombia and Peru, including geneticists, linguists and anthropologists, has shed new light on the population history of South America. The study, which involved working closely with local populations in numerous regions, was published in Molecular Biology and Evolution. The results confirmed the impact of large, complex societies already known from archaeological evidence, but also revealed previously unknown migrations and connections across vast distances, including in Amazonia, an area that has not been as deeply studied archaeologically.


Archaeological remains of the Machu Picchu, in the Southern Andes of Peru, from the Inca empire. 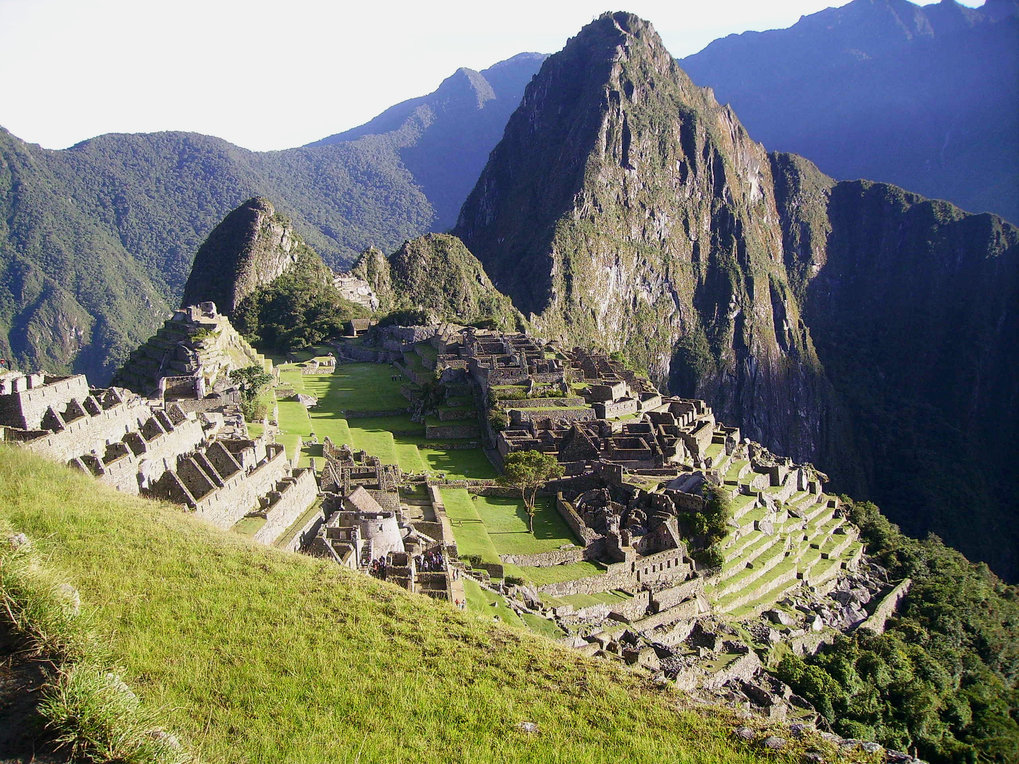 Genetic studies have played a fundamental role in understanding the population history of the American continent. By reconciling genetic evidence with the archaeological record and with paleoclimatic data, scientists have been able to pinpoint the time and scale of the earliest migrations, possible routes through the continent, the subsequent formation of population structure, and preferential routes of population migration and contact.

Yet the picture is necessarily superficial because of the lack of representative data from all the diverse regions of the continent. One recurrent simplification relies on the contrast between the Andes, site of the famous large complex societies of the Wari, Tiahuanaco and Inca who built a vast network of roads, and Amazonia, where people apparently have been living in small isolated groups. The Pacific Coast, key player in the earliest migration routes and theatre of other large-scale societies (like the Moche and Chimú, among others) is not properly incorporated in this traditional model.

"We wanted to bring attention to the fine-grained, complex events taking place during the pre-colonial and post-European contact times. We therefore visited diverse regions of South America, collecting new samples from rural populations with different cultural backgrounds. In our analysis, we focused on signals of contact and shared ancestry, trying to find exceptions to the current paradigm on the diversity of the continent", explains Chiara Barbieri, a geneticist from the Max Planck Institute for the Science of Human History in Jena now working at the University of Zurich, and lead author of the study.

The rainforest landscape near a Kichwa-speaking village in the province of Orellana, Ecuador 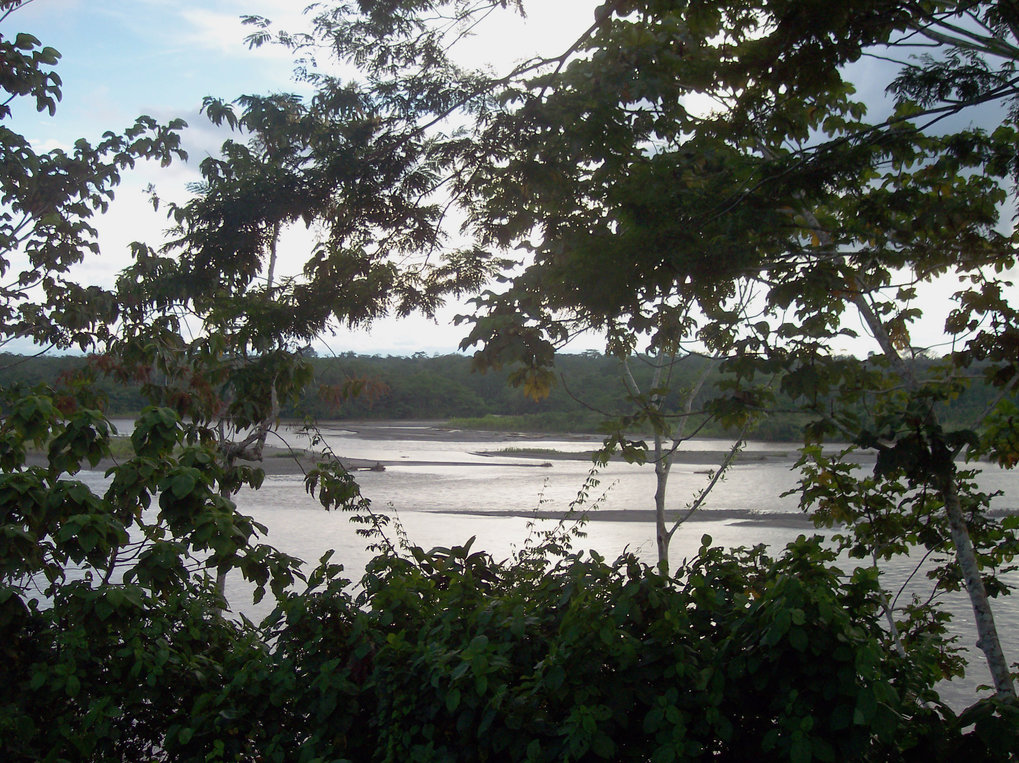 "On a continental scale, one of the major findings is the presence of a distinct ancestry component in Amazonia, present at high frequency in populations from Ecuador and Colombia, near the Eastern Andes slope. This genetic component, previously undetected, might have started to differentiate from other ancestry components (for example the one frequently found in Amazonia and the one found in the Coast and Andes) more than 4,000 years ago. This has implications for understanding the early migrations and structure of the continent, and suggests that human diversity in Amazonia is larger than we thought", adds Barbieri.

On a local scale, the high-resolution genomic data generated for this study was able to distinguish fine-grained cases of genetic exchange that correspond to population contact. These exchanges connect populations separated by hundreds of kilometers and who live in different ecogeographic domains. "Connections have been found between speakers of Quechua (a widely-spoken Andean language) through the Andes and part of Amazonia.

Also, some populations of Loreto and San Martín (Amazonian regions) of Peru are genetically very close to the Cocama speakers (an Amazonian language) of Colombia. These genetic signatures suggest that here languages are diffused by movement of actual people instead of by cultural diffusion alone", explain José Sandoval and Ricardo Fujita of the University of San Martín de Porres in Lima, Peru, who coauthored the study.

Archaeological remains of the city of Chan Chan, in the north coast of Peru, from the Chimú civilization. 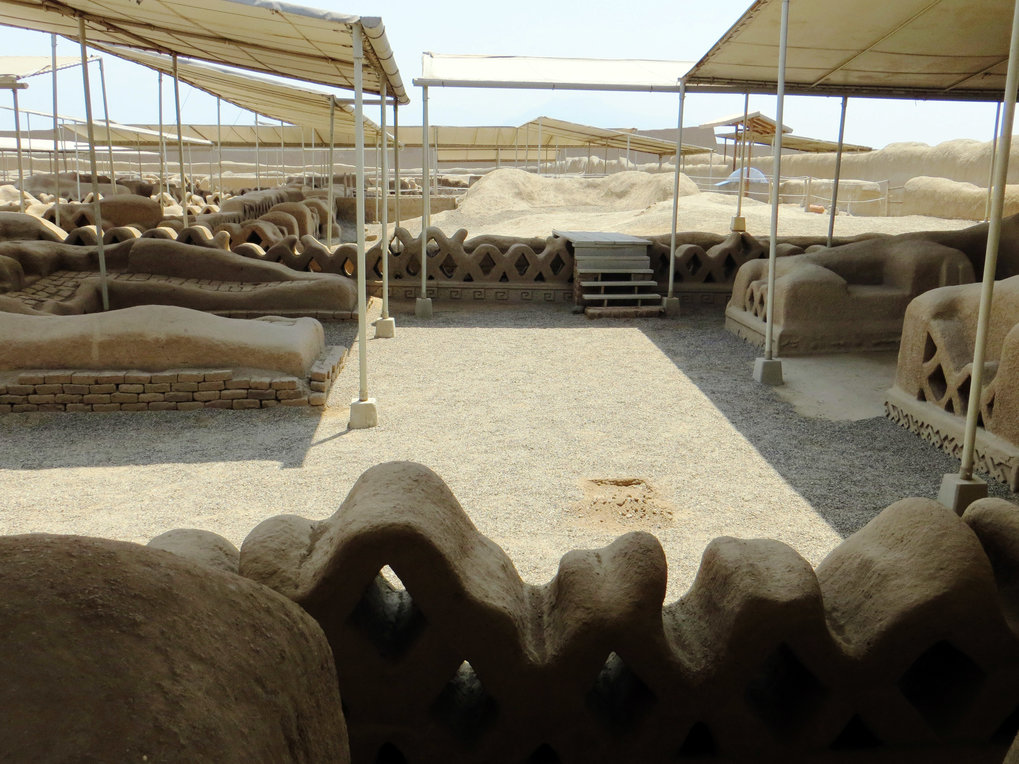 Finally, the genetic analyses show demographic traces of a large population that correspond to ancient complex societies both in the Andes and on the North Coast of Peru. Signatures of relatively large populations are also found in a few populations of Amazonia, suggesting the possibility of complex interactions in this region. Here archaeological excavations are less numerous, making the chances of uncovering relevant archaeological findings less likely.

Lars Fehren-Schmitz, a biological anthropologist from the University of California, Santa Cruz, who contributed to the study, concludes, "Taken all together, these findings bring attention to the diversity and complexity of people from Amazonia and their interactions with neighboring regions of the Andes. The genetic inheritance of South American people still bears traces of the important events that took place before the historical record in colonial times."