Fluorescent Glow May Reveal Hidden Life in the Cosmos

Astronomers seeking life on distant planets may want to go for the glow.

Harsh ultraviolet radiation flares from red suns, once thought to destroy surface life on planets, might help uncover hidden biospheres. Their radiation could trigger a protective glow from life on exoplanets called biofluorescence, according to new Cornell research.

“This is a completely novel way to search for life in the universe. Just imagine an alien world glowing softly in a powerful telescope,” said lead author Jack O’Malley-James, a researcher at Cornell’s Carl Sagan Institute. 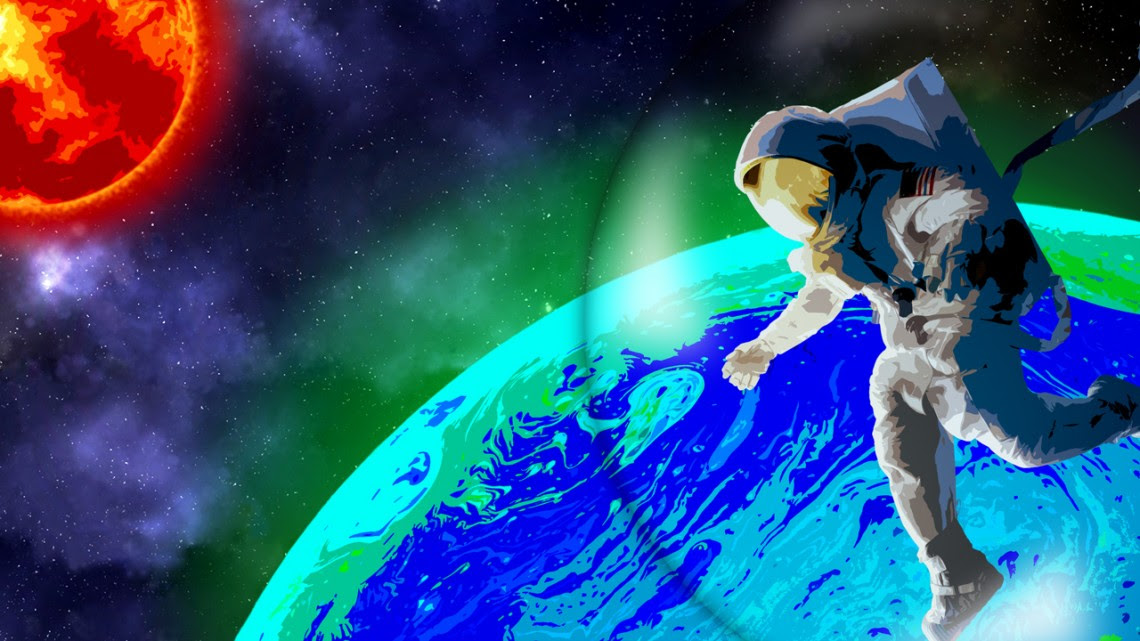 “On Earth, there are some undersea coral that use biofluorescence to render the sun’s harmful ultraviolet radiation into harmless visible wavelengths, creating a beautiful radiance. Maybe such life forms can exist on other worlds too, leaving us a telltale sign to spot them,” said co-author Lisa Kaltenegger, associate professor of astronomy and director of the Carl Sagan Institute

Astronomers generally agree that a large fraction of exoplanets – planets beyond our solar system – reside in the habitable zone of M-type stars, the most plentiful kinds of stars in the universe. M-type stars frequently flare, and when those ultraviolet flares strike their planets, biofluorescence could paint these worlds in beautiful colors. The next generation of Earth- or space-based telescopes can detect the glowing exoplanets, if they exist in the cosmos.

Ultraviolet rays can get absorbed into longer, safer wavelengths through a process called “photoprotective biofluorescence,” and that mechanism leaves a specific sign for which astronomers can search.

“Such biofluorescence could expose hidden biospheres on new worlds through their temporary glow, when a flare from a star hits the planet,” said Kaltenegger.

The astronomers used emission characteristics of common coral fluorescent pigments from Earth to create model spectra and colors for planets orbiting active M stars to mimic the strength of the signal and whether it could be detected for life.

In 2016, astronomers found a rocky exoplanet named Proxima b – a potentially habitable world orbiting the active M star Proxima Centauri, Earth’s closes star beyond the sun – that might qualify as a target. Proxima b is also one of the most optimal far-future travel destinations.

Said O’Malley-James: “These biotic kinds of exoplanets are very good targets in our search for exoplanets, and these luminescent wonders are among our best bets for finding life on exoplanets.”

Large, land-based telescopes that are being developed now for 10 to 20 years into the future may be able to spot this glow.

“It is a great target for the next generation of big telescopes, which can catch enough light from small planets to analyze it for signs of life, like the Extremely Large Telescope in Chile,” Kaltenegger said.

This work was funded through the Simons Foundation.

Lisa Kaltenegger, director of Cornell University’s Carl Sagan Institute, explains why studying bioluminescence on Earth can guide the way humans search for life on other planets.