Dark Matter May Be Older than the Universe


A new mathematical model suggests dark matter may have been produced before the Big Bang during cosmic inflation, when space was expanding rapidly.

Researchers believe dark matter makes up about 80% of the universe's mass, but its origins and composition remain among the most elusive mysteries in modern physics. A new Johns Hopkins University study suggests dark matter may have existed before the Big Bang. 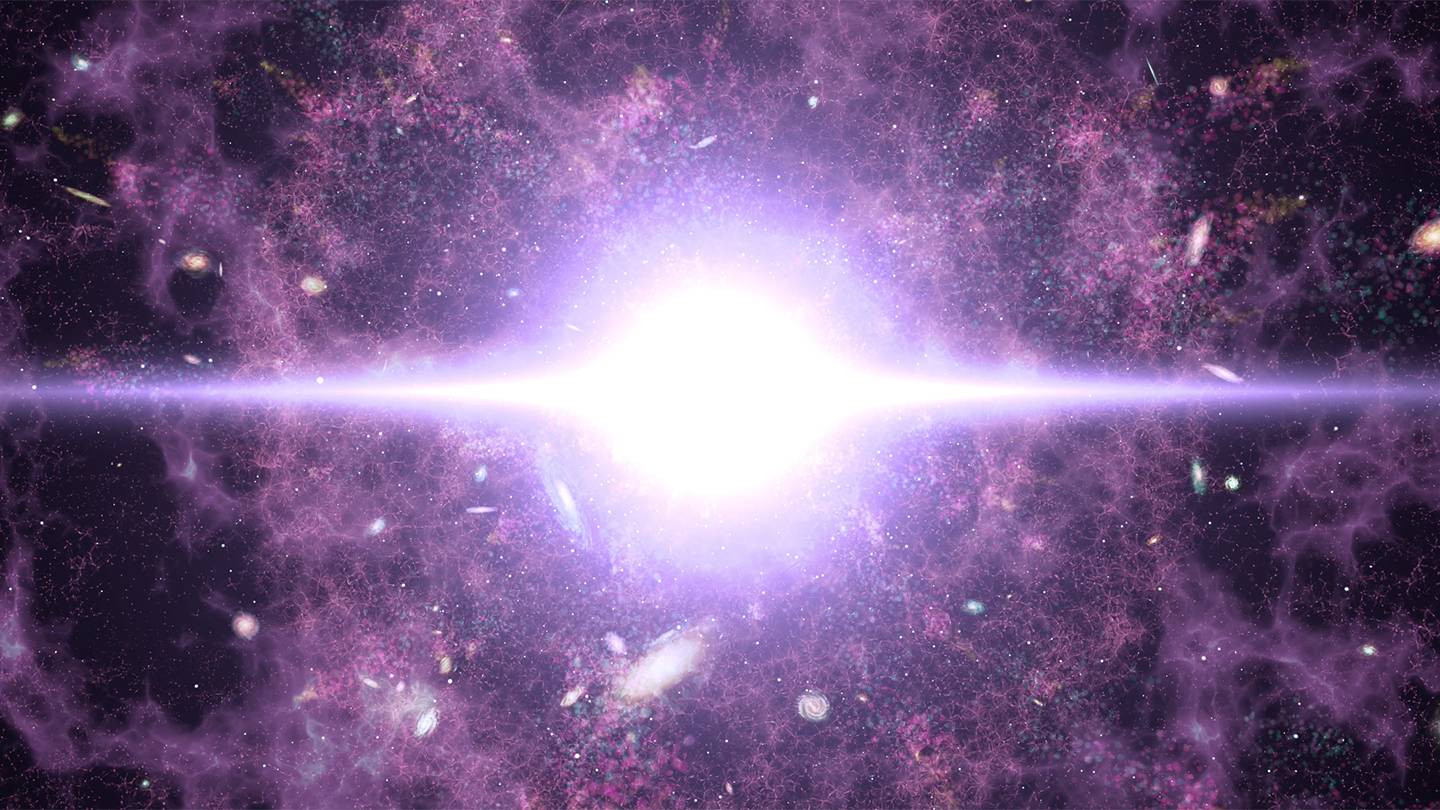 The study, published in _Physical Review Letters, presents a new idea of how dark matter was created and how it might be identified during astronomical observations.

"The study revealed a new connection between particle physics and astronomy," says Tommi Tenkanen, a postdoctoral fellow in JHU's Department of Physics and Astronomy and the study's author. "If dark matter consists of new particles that were born before the Big Bang, they affect the way galaxies are distributed in the sky in a unique way. This connection may be used to reveal their identity and make conclusions about the times before the Big Bang, too."

While not much is known about its origins, astronomers have shown that dark matter plays a crucial role in the formation of galaxies and galaxy clusters. Though not directly observable, scientists know dark matter exists by its gravitation effects on how visible matter moves and is distributed in space.

For a long time, researchers believed that dark matter must be a byproduct of the Big Bang. Scientists have long sought this kind of dark matter, but so far all experimental searches have been unsuccessful.

"If dark matter were truly a remnant of the Big Bang, then in many cases researchers should have seen a direct signal of dark matter in different particle physics experiments already," Tenkanen says.

Using a new, simple mathematical framework, the study shows that dark matter may have been produced before the Big Bang during an era known as the cosmic inflation when space was expanding very rapidly. The rapid expansion is believed to lead to copious production of certain types of particles called scalars. So far, only one scalar particle has been discovered, the famous Higgs boson.

"We do not know what dark matter is, but if it has anything to do with any scalar particles, it may be older than the Big Bang," Tenkanen explains. "With the proposed mathematical scenario, we don't have to assume new types of interactions between visible and dark matter beyond gravity, which we already know is there."

While the idea that dark matter existed before the Big Bang is not new, other theorists have not been able to come up with calculations that support the idea. The new study shows that researchers have always overlooked the simplest possible mathematical scenario for dark matter's origins, he says.

The study also suggests a way to test the origin of dark matter by observing the signatures dark matter leaves on the distribution of matter in the universe.

"While this type of dark matter is too elusive to be found in particle experiments, it can reveal its presence in astronomical observations," Tenkanen says. "We will soon learn more about the origin of dark matter when the Euclid satellite is launched in 2022. It's going to be very exciting to see what it will reveal about dark matter and if its findings can be used to peak into the times before the Big Bang."