Could the Presence of Methane Gas Signal Life on Mars?

Methane can be produced over time through both geological and biological routes and since its first detection in the Martian atmosphere in 2003, there has been intense speculation about the source of the gas and the possibility that it could signal life on the planet.

Previous studies have suggested the methane may not be evenly distributed in the atmosphere around Mars, but instead appear in localised and very temporary pockets on the planet’s surface. And the previous discovery of methane ‘spikes’ in the Martian atmosphere has further fuelled the debate. 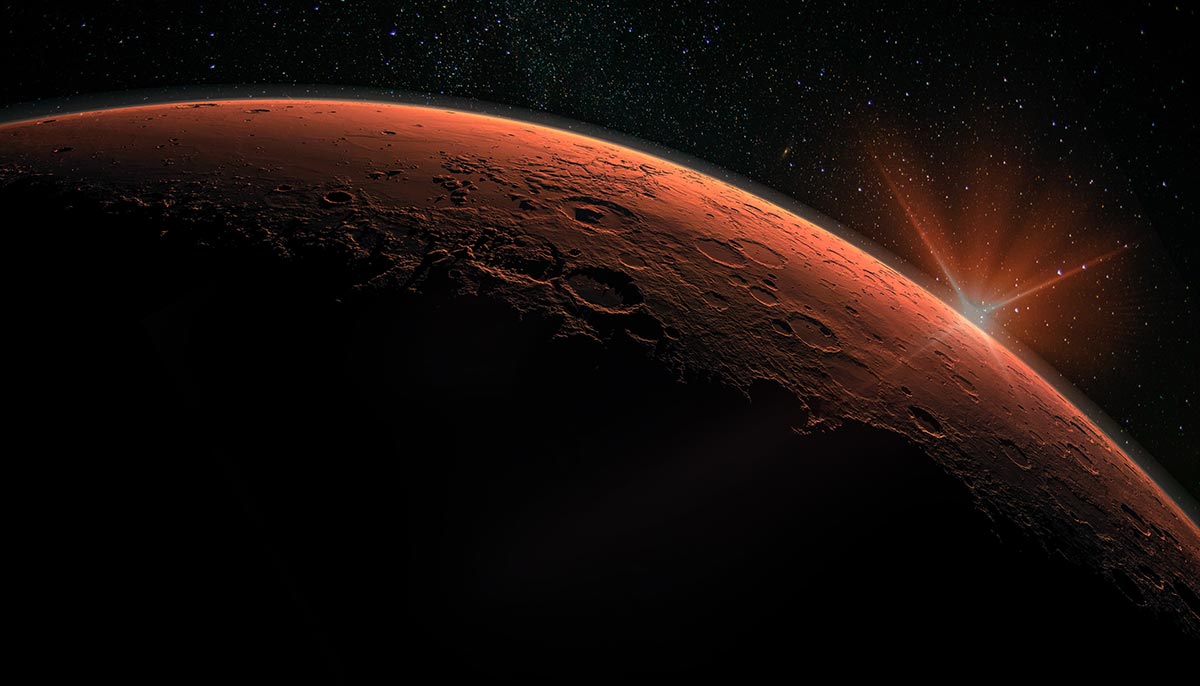 Now research led by Newcastle University, UK, and published in Scientific Reports, has ruled out the possibility that the levels of methane detected could be produced by the wind erosion of rocks, releasing trapped methane from fluid inclusions and fractures on the planets’ surface.


Principal Investigator Dr Jon Telling, a geochemist based in the School of Natural and Environmental Sciences at Newcastle University, said:

“The questions are – where is this methane coming from, and is the source biological? That’s a massive question and to get to the answer we need to rule out lots of other factors first.

“We realised one potential source of the methane that people hadn’t really looked at in any detail before was wind erosion, releasing gases trapped within rocks. High resolution imagery from orbit over the last decade have shown that winds on Mars can drive much higher local rates of sand movement, and hence potential rates of sand erosion, than previously recognised.

“In fact, in a few cases, the rate of erosion is estimated to be comparable to those of cold and arid sand dune fields on Earth.

“Using the data available, we estimated rates of erosion on the surface of Mars and how important it could be in releasing methane.

“And taking all that into account we found it was very unlikely to be the source.

“What’s important about this is that it strengthens the argument that the methane must be coming from a different source. Whether or not that’s biological, we still don’t know.”


Cause of methane spikes still unknown

Funded by the UK Space Agency, the research uses new data alongside previously published data to consider the likely methane contents of different rock types and whether they have the capacity to produce measurable levels of methane when worn away.

The team found that for wind erosion to be a viable mechanism to produce detectable methane in the Martian atmosphere, the methane content of any gases trapped within rocks would have to rival those of some of the richest hydrocarbon containing shales on Earth; a highly unlikely scenario.

Lead author Dr Emmal Safi, a postdoctoral researcher in the School of Natural and Environmental Sciences at Newcastle University, concludes that the cause of methane spikes on Mars is still unknown.

“It’s still an open question. Our paper is just a little part of a much bigger story,” she says.

“Ultimately, what we’re trying to discover is if there’s the possibility of life existing on planets other than our own, either living now or maybe life in the past that is now preserved as fossils or chemical signatures.”