Why Are Animal Body Sizes Shrinking?

University of Cape Town (UCT) researchers have collected clear evidence – over a 23 year period between 1976 and 1999 – that climate change is shrinking animals’ body sizes.

Associate Professor Res Altwegg and Dr Birgit Erni from the Department of Statistical Sciences, together with colleagues, studied changes in the weight of mountain wagtails, a type of bird, along the Palmiet River in Westville, KwaZulu-Natal.

Climate change is having profound effects on earth and its ecosystems, and during the past 100 years, global temperatures have increased by close to 1 °C. From the fossil record, it is known that during past periods of global warming, both marine and land-based animals have become smaller. And scientists have proposed that contemporary warming could lead to smaller animals, but so far, evidence supporting this has been scarce.

UCT researchers are among a team that has shown climate change is responsible for a group of mountain wagtails (pictured) becoming smaller over time. 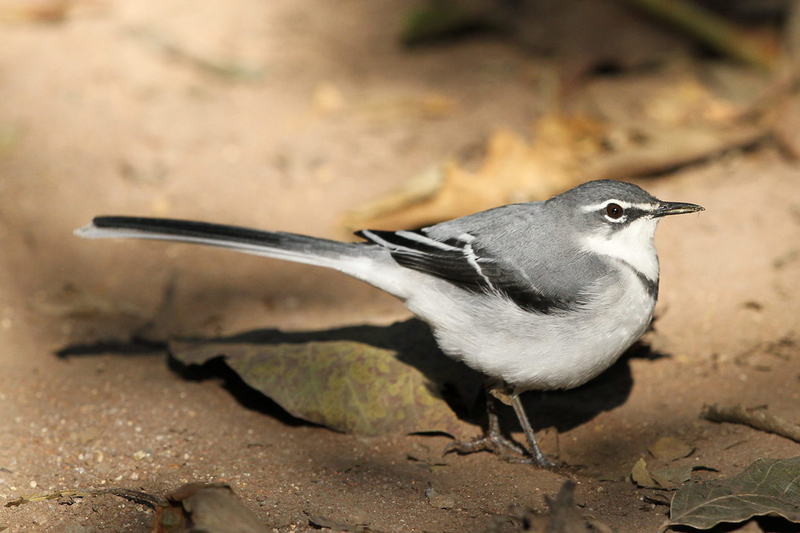 To investigate this idea and whether it could be true, the research team looked at a group of wagtails living along the Palmiet River. What they found supports the idea that climate change can shrink earth’s animals.

“All else being equal, larger animals can tolerate cold conditions better than smaller animals, so one could expect that a warming climate is relatively more advantageous for smaller animals,” said Professor Altwegg.

“A lot of other factors also affect body size, though, so we weren’t expecting to find clear temperature effects over a quarter of a century. Yet, the results clearly supported the idea that climate change was the reason why these birds became smaller over time,” he added.

Mountain wagtails are slender black, grey and white birds so named because of the up-and-down pumping motion they do with their tails. They live near small fast-flowing rivers across sub-Saharan Africa.

Based on data from a local weather station near the Palmiet River, the researchers knew that temperatures in the area had increased by 0.18 °C. But they didn’t know how this had affected the birds’ size.

Their results showed that as temperature increased along the Palmiet River, the mountain wagtails living there had become lighter. Specifically, they found lighter individuals were replacing heavier ones in the population and that they survived better under high temperatures. This indicated that an evolutionary pressure was acting on the birds to become lighter.

“Other studies have shown that animals are shrinking in various places around the world,” Professor Altwegg said. “But, they generally didn’t have the detailed data to show that temperature actually affected the animals directly by changing their ability to survive.”

Overall, their results support the idea that shrinking body size is a response to climate change.

Scientists have already shown that climate change is affecting where animals live, how they interact and their seasonal behaviour, such as the timing of their breeding. This study provides clear evidence in support of another impact: on the size of animals. However, even if many animals are becoming smaller in response to warming, it’s likely that their responses will vary: some might respond more extremely, others may not alter their body size at all and some may even increase their body size. It’s just not clear yet.

The ramifications of this potential impact would extend beyond the organisms themselves, though. This effect of climate change could result in changes across ecosystems. Body size is an important indicator of an animal’s fertility, lifespan and ability to survive times of stress, such as food shortages or drought. Body size also affects how much food an animal needs, how vulnerable it is to predators and what type of food it can eat.