Radiation levels in some regions of the Marshall Islands in the central Pacific, where the United States conducted nuclear tests during the Cold War, are far higher than in areas affected by the Chernobyl and Fukushima nuclear disasters, according to new research from Columbia University.

The Columbia University study suggests residents not return to several uninhabited islands until areas are thoroughly cleaned and further assessed for safety.

The United States used the Marshall Islands as a testing ground for 67 nuclear weapon tests from 1946 to 1958, causing human and environmental catastrophes that persist to this day. 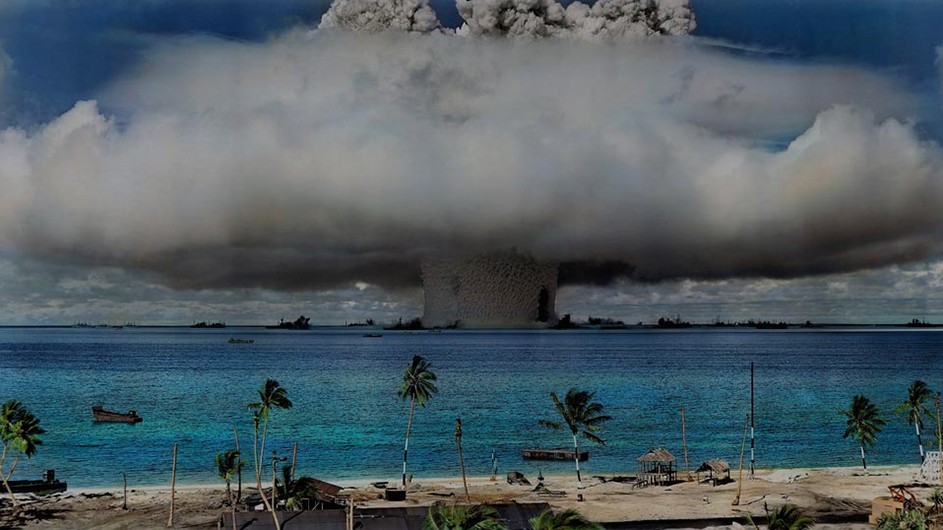 
Three studies published July 15 in Proceedings of the National Academy of Sciences (PNAS) by a Columbia research team, led by Emlyn Hughesand Malvin Ruderman from the Columbia Center for Nuclear Studies, showed that the concentration of nuclear isotopes on some of the islands was well above the legal exposure limit established in agreements between the U.S. and Republic of the Marshall Islands. The studies measured soil samples, ocean sediment and a variety of fruit.

Nearly 70 nuclear bombs the United States detonated between 1946 and 1958 left widespread contamination on the islands, a chain of atolls halfway between Australia and Hawaii. The largest nuclear detonation, “Castle Bravo,” in 1954 at Bikini Atoll, was 1,000 times more powerful than either of the bombs dropped on the Japanese cities of Hiroshima and Nagasaki.

The Marshall Islands have experienced rapid growth since the 1960s. Most of the nation’s residents live on two crowded islands and are unable to return to their home islands because of nuclear contamination. Nuclear fallout from the tests is most concentrated on the Bikini, Enewetak, Rongelap and Utirik atolls.

“Based upon our results, we conclude that to ensure safe relocation to Bikini and Rongelap Atolls, further environmental remediation... appears to be necessary to avoid potentially harmful exposure to radiation,” wrote the study authors, who also include Ivana Nikolic Hughes, associate professor of chemistry at Columbia.