Making fake chicken...it taste's like chicken but it is all vegetable.

To meet the soaring demand for sustainable protein, Lukas Böni and his start-up company Planted are developing a plant-based meat substitute. Their first product is ‘chicken’ made from peas – with both the texture and taste of poultry. 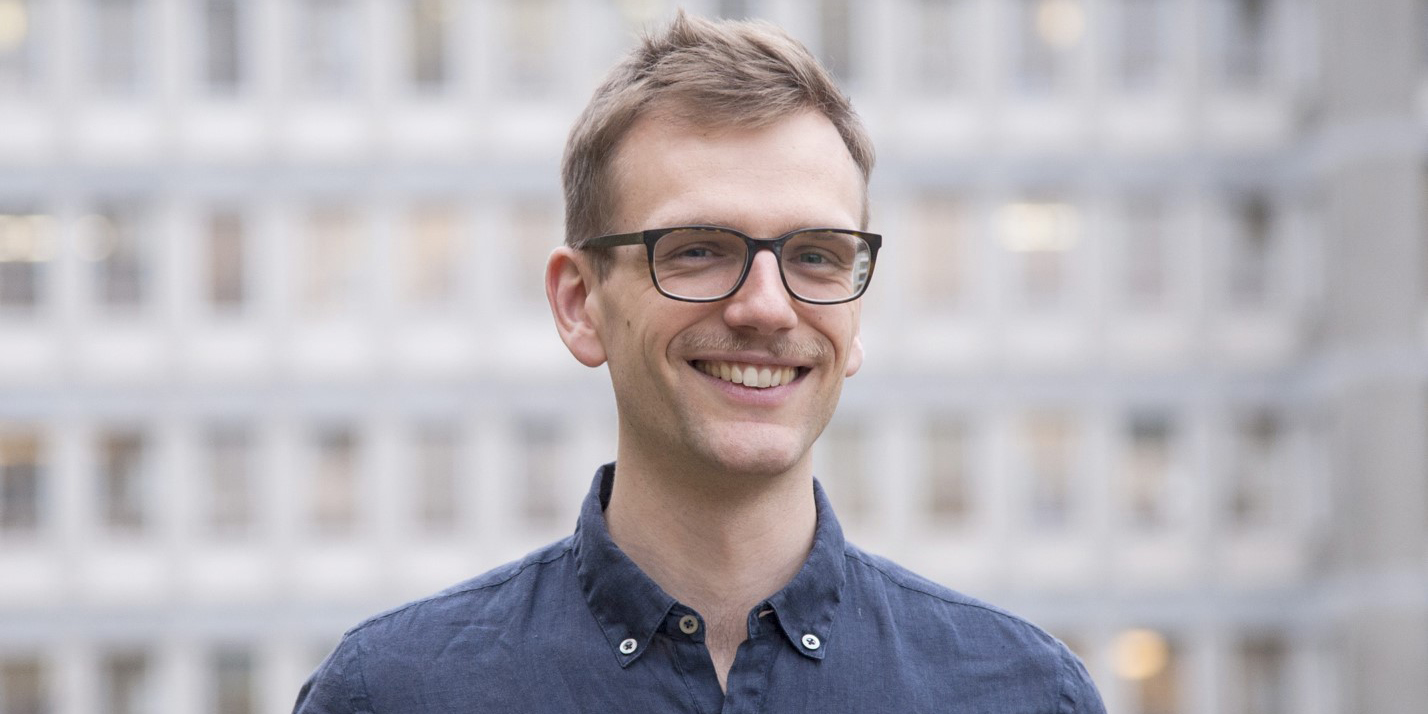 
Meat derived not from animals but from plants? Sounds a tall order. To take it on you don’t need to be a nutrition ideologist or a vegan, but more of a researcher and gourmet – like the food scientist Lukas Böni. “Although I’m a campaigner for a better world too”, he admits with a grin.

Böni and his two colleagues Pascal Bieri and Eric Stirnemann feel it’s high time to provide an alternative to cheap meat from intensive livestock farming. “We know how to do it, and we have the technology to do it”, he says with conviction. The three began crafting a plant-based meat imitation over one and a half years ago, and have been operating as the start-up Planted since early 2019. “Ecological rather than ideological imperatives are what motivate us”, he asserts.
Planted not butchered

This is something that’s key for Böni, and as he explains in one of the meeting rooms at the Institute of Food, Nutrition and Health not far from the ETH main building: Planted is not about telling consumers how to think, or persuading them to give up meat.

However, meat production generates around 18 percent of global greenhouse gases, requires large amounts of land and fodder, entails excessive use of fertilisers, and leads to resistance to antibiotics. “This is why we want to offer consumers an environmentally friendly and animal-friendly substitute. A product that satisfies the cultural dimension of meat eating too, by tasting just as good,” says Böni.

Something that should be possible with their “planted.chicken”: a plant-based chicken made from pea protein that comes amazingly close to the real thing in appearance, texture and taste. “We’re set on offering an eating experience without any compromise,” says Böni. And their product should be more ecological, more animal-friendly and cheaper in the long term than chicken meat, too. “We’ve already met the first two criteria, but it’s not yet cheaper,” he admits.
From hagfish to pea meat

Böni is 30 years old and father of a one-year-old daughter. The thought of creating a more sustainable world for her motivates him a lot. It helps too with the daily balancing act between family and career – because at the moment his life is mainly at ETH, he confesses with a laugh.

Böni studied food sciences at ETH Zurich and then worked for his doctorate in Professor Erich Windhab's Laboratory of Food Process Engineering, on “the fascinating secretion of the hagfish” (see ETH-News). This tough slime formed of long-threaded proteins can absorb vast quantities of water, a natural hydrogel that holds promise for the food industry. Which is why Böni knows a lot about soft, fibrous materials and how to imitate them.
A matter of fibres

At Planted, he’s working on a similar substance – meat, which is essentially protein fibres and water. According to Böni, the production of their planted chicken is a purely thermal-mechanical process requiring no chemicals, contrary to what many people think. You mix a flour of pea protein with water to a dough, knead it and cook it. Then the dough is pressed through a die, giving the proteins a fibrous structure.

In some respects it’s like making pasta. “We use a similar machine, called an extruder, but different pressures and temperatures”, says Böni describing the secret of Planted’s chicken, which the trio is currently producing in a pilot plant at ETH Zurich: “We have to control the flow properties of the dough precisely in order to obtain the fibres characteristic of chicken meat”.


Taking a meal to the market

Böni raves about the advantages of the pea chicken. After all, compared to normal chicken meat, Planted saves a good two-thirds of greenhouse gases and land-use, and requires about half as much energy. “What's more, our meat contains neither cholesterol, hormones nor antibiotics. And no animals suffer,” he adds. 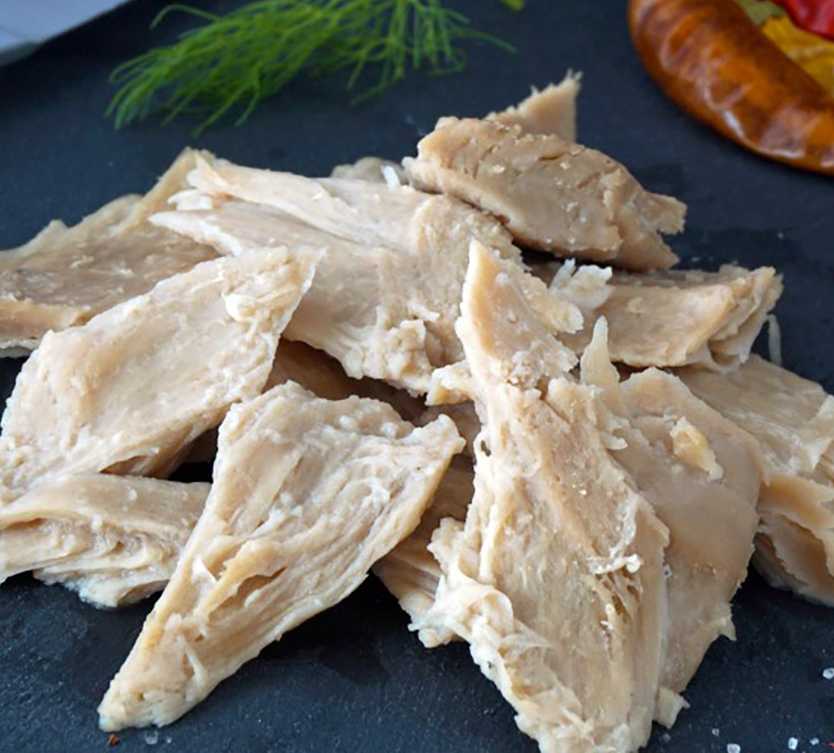 And it seems the consumers like it, as the initial feedback has been very positive. The fledgling company’s chicken is aimed primarily at flexitarians – people who eat meat but want to cut down on it and therefore often chose a plant-based meal. Böni identifies a growing social interest; an ecological re-thinking is underway.

Planted currently supplies around ten selected restaurants in Zurich, Lucerne and Geneva. The founders want consumers to experience their product as a fine dish, and are working together with the catering business to keep pushing up the number of establishments, which serve their planted.chicken.
Nothing’s worse than waste

If sales grow, the meat planters will soon have to set up their own production facilities. According to Böni, who’s regarded as the team’s creative head, they already have ideas for other imitation products. With the technology at hand, it’s possible to adjust the fibre lengths of the proteins and so potentially imitate various types of animal meat – ranging from fish, to chicken to beef.

But the start-up is still young. The three founders really value the support given by ETH Zurich in this critical phase. Thanks to a Pioneer Fellowship, awarded to Böni for setting up the start-up, they can benefit from ETH expertise and infrastructure.

So how does he feel about animal meat himself? Böni no longer buys or orders it, although he’s not bothered by meat being eaten around him. But what he can’t stand is food going to waste. “To me, this is a serious environmental sin – I’d rather eat a piece of meat than have it thrown away on principle”, he states. For he’s by no means dogmatic.