Peptides, one of the fundamental building blocks of life, can be formed from the primitive precursors of amino acids under conditions similar to those expected on the primordial Earth, finds a new University College London (UCL) study. 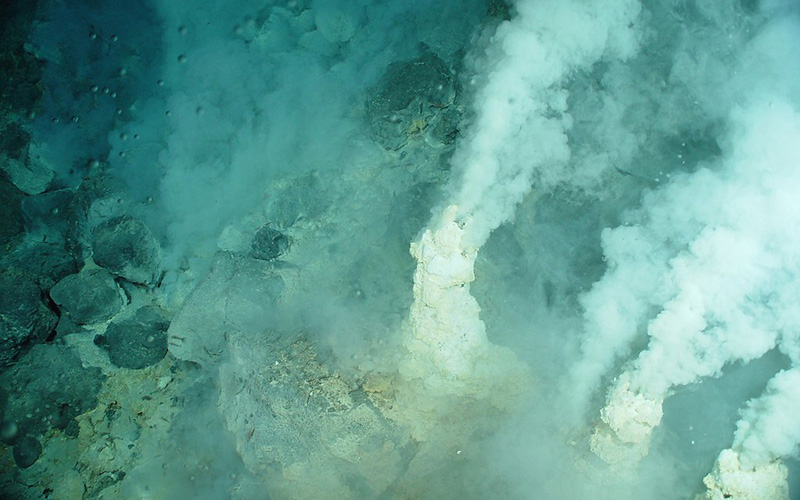 The findings, published in Nature, could be a missing piece of the puzzle of how life first formed.

“Peptides, which are chains of amino acids, are an absolutely essential element of all life on Earth. They form the fabric of proteins, which serve as catalysts for biological processes, but they themselves require enzymes to control their formation from amino acids,” explained the study’s lead author, Dr Matthew Powner (UCL Chemistry).

“So we’ve had a classic chicken-and-egg problem – how were the first enzymes made?”

He and his team have demonstrated that the precursors to amino acids, called aminonitriles, can be easily and selectively turned into peptides in water, taking advantage of their own built-in reactivity with the help of other molecules that were present in primordial environments.

“Many researchers have sought to understand how peptides first formed to help life develop, but almost all of the research has focused on amino acids, so the reactivity of their precursors was overlooked,” said Dr Powner.

The precursors, aminonitriles, require harsh conditions, typically strongly acidic or alkaline, to form amino acids. And then amino acids must be recharged with energy to make peptides. The researchers found a way to bypass both of these steps, making peptides directly from energy-rich aminonitriles.

They found that aminonitriles have the innate reactivity to achieve peptide bond formation in water with greater ease than amino acids. The team identified a sequence of simple reactions, combining hydrogen sulfide with aminonitriles and another chemical substrate ferricyanide, to yield peptides.

“Controlled synthesis, in response to environmental or internal stimuli, is an essential element of metabolic regulation, so we think that peptide synthesis could have been part of a natural cycle that took place in the very early evolution of life,” said Pierre Canavelli, the first author of the study who completed it while at UCL.

The molecules that served as substrates to help the formation of the amide bonds in the experiments are outgassed during volcanism and are all likely to have been present on the early Earth.

“This is the first time that peptides have been convincingly shown to form without using amino acids in water, using relatively gentle conditions likely to be available on the primitive Earth,” said co-author Dr Saidul Islam (UCL Chemistry).

The findings may also be useful to the field of synthetic chemistry, as amide bond formation is essential for many commercially important synthetic materials, bioactive compounds and pharmaceuticals. The method used in this study is chemically unconventional but follows a pathway to ligate (join together) peptides that mimics biological processes, unlike peptide-building pathways more commonly used in chemistry laboratories that run in the opposite direction and require expensive and wasteful reagents.

The research team is furthering their studies by searching for other pathways to peptides using aminonitriles, and investigating the functional properties of the peptides that their experiments have produced, to better understand how they could have helped kick start life 4 billion years ago.

The research was supported by the Engineering and Physical Sciences Research Council, the Simons Foundation and the Volkswagen Foundation.