Nearly half of Americans more than 70 years of age without cardiovascular disease, an estimate of nearly 10 million people, take aspirin daily – despite current guidelines against this practice.

Medical consensus once supported daily use of low dose aspirin to prevent heart attack and stroke in people at increased risk for cardiovascular disease (CVD). But in 2018, three major clinical trials cast doubt on that conventional wisdom, finding few benefits and consistent bleeding risks associated with daily aspirin use. Taken together, the findings led the American Heart Association and American College of Cardiology to change clinical practice guidelines earlier this year, recommending against the routine use of aspirin in people older than 70 years or people with increased bleeding risk who do not have existing cardiovascular disease.

Aspirin use is widespread among groups at risk for harm including older adults and adults with peptic ulcers – painful sores in the lining of the stomach that are prone to bleeding that affect about one in ten people. In a research report published today in Annals of Internal Medicine, researchers from Beth Israel Deaconess Medical Center (BIDMC) report on the extent to which Americans 40 years old and above use aspirin for primary prevention of cardiovascular disease.

“Although prior American Heart Association and American College of Cardiology guidelines recommended aspirin only in persons without elevated bleeding risk, the 2019 guidelines now explicitly recommend against aspirin use among those over the age of 70 who do not have existing heart disease or stroke,” said senior author Christina C. Wee, MD, MPH, a general internist and researcher at BIDMC and Associate Professor of Medicine at Harvard Medical School. “Our findings suggest that a substantial portion of adults may be taking aspirin without their physician’s advice and potentially without their knowledge.”

Crystals of aspirin in polarized light through microscope 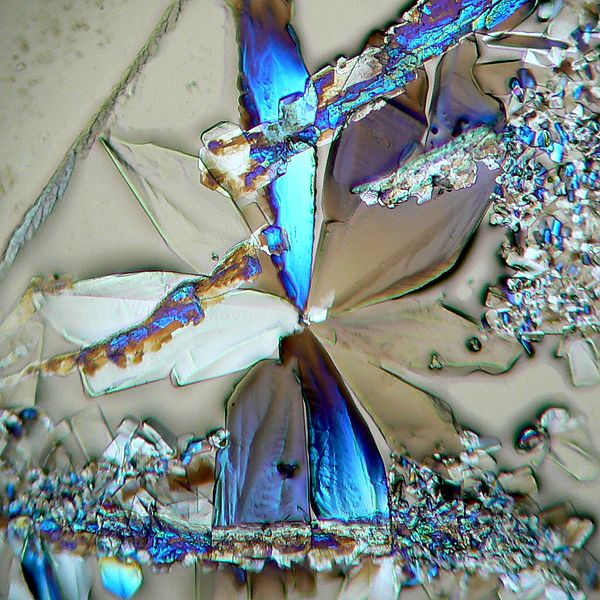 Using data from the 2017 National Health Interview Survey (NHIS), a nationally representative survey of U.S. households conducted before the release of the new guidelines, Wee and colleagues characterized aspirin use for primary prevention of CVD. The team found that about a quarter of adults aged 40 years or older without cardiovascular disease – approximately 29 million people – reported taking daily aspirin for prevention of heart disease. Of these, some 6.6 million people did so without a physician's recommendation.

Concerningly, nearly half of adults 70 years and older without a history of heart disease or stroke reported taking aspirin daily. The authors noted that a history of peptic ulcer disease – another contraindication for the routine use of aspirin – was not significantly associated with lower aspirin use as one would have expected.

“Our findings show a tremendous need for health care practitioners to ask their patients about ongoing aspirin use and to advise them about the importance of balancing the benefits and harms, especially among older adults and those with prior peptic ulcer disease,” said lead author Colin O’Brien, MD, a senior internal medicine resident at BIDMC and fellow at Harvard Medical School.

Coauthor, Stephen Juraschek, MD, PhD, a primary care physician at BIDMC, cautions that "these findings are applicable to adults who do not have a history of cardiovascular disease or stroke. If you are currently taking aspirin, discuss it with your doctor to see if it is still needed for you."

Juraschek, who is also an Assistant Professor at Harvard Medical School, is supported by grant K23HL135273 from the National Heart, Lung and Blood Institute of the National Institutes of Health. Disclosures can be viewed online at www.acponline.org.