Greenland's more than 860,000 square miles are largely covered with ice and glaciers, and its melting fuels as much as one-third of the sea level rise in Florida. That's why a team of University of South Florida geoscientists' new discovery of one of the mechanisms that allows Greenland's glaciers to collapse into the sea has special significance for the Sunshine State.

In research published in Nature Communications, a group of scientists led by USF Distinguished University Professor Tim Dixon, PhD, uncovered a process that can control the "calving" of glaciers - when large chunks of glacier ice collapse into the sea, forming icebergs like the one that sank the Titanic.

Dr. Tim Dixon poses while on a research trip in Greenland. 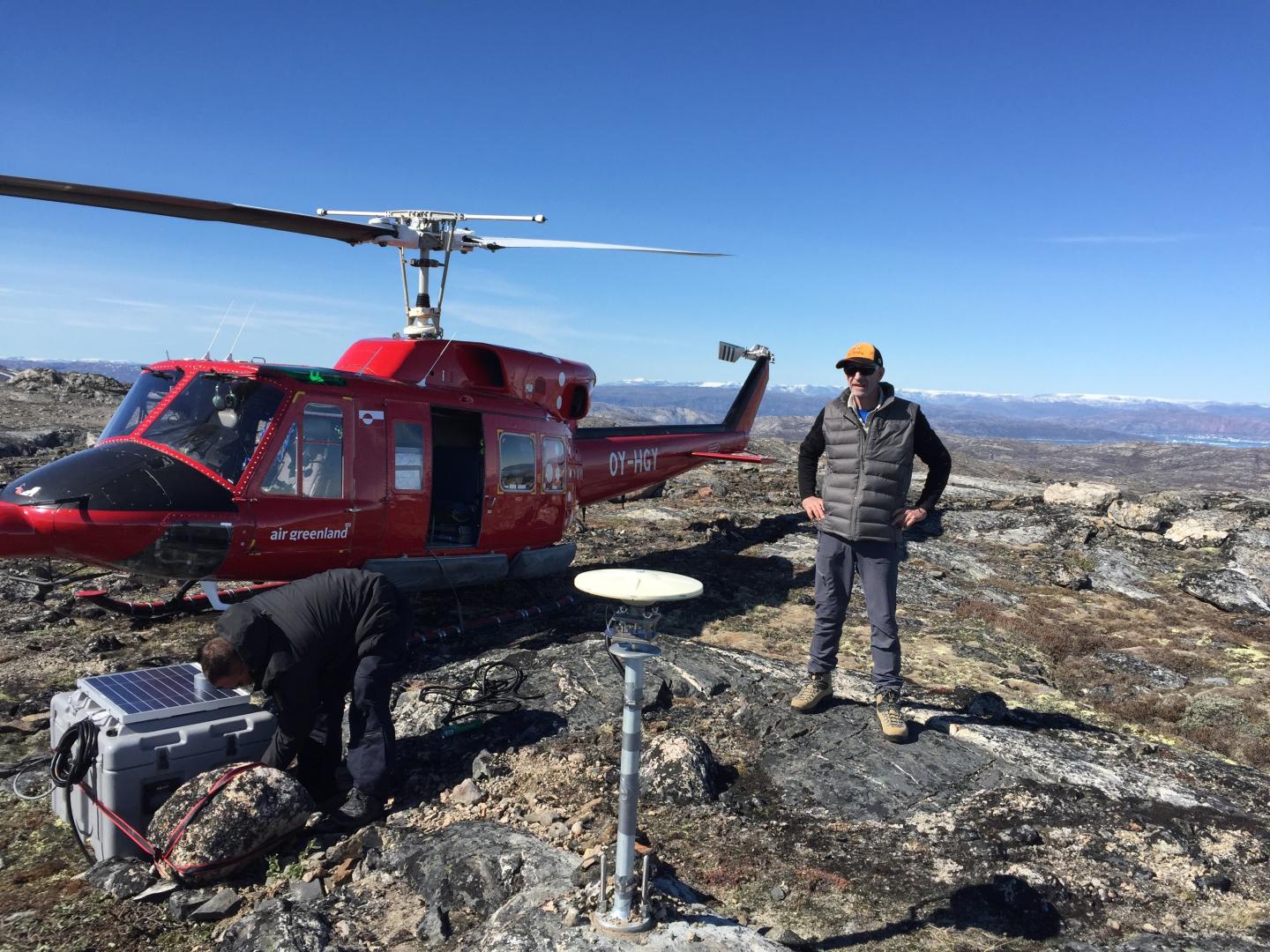 Glacier calving is one of the more dramatic aspects of climate change. Depending on the height of the glacier, calving can be akin to an ice structure the size of a tall skyscraper falling into the sea. Dixon's team caught one such calving on video.

"Iceberg calving has been challenging to model," Dixon said. "One of the big unknowns in future sea level rise is how fast Greenland falls apart, and iceberg calving is one of the least understood mechanisms."

The team ventured to Greenland in the summer of 2016 to install a new radar system to better understand the process. In particular, they wanted to monitor formations known as pro-glacial "mélange" (from the French word for mixture), a combination of sea ice and icebergs in front of the glacier. The mélange can be tightly packed in the long, narrow fjords that front many of Greenland's glaciers that meet the sea.

Scientists have long known that mélange can impede glaciers as they move toward the sea, but they haven't had the data to fully understand the phenomenon.

Dixon's team developed a new radar-based approach to precisely measure elevations of the mélange in front of Jakobshavn Glacier , a major outlet glacier on Greenland's west side. Using analytical techniques developed by Xie, the scientists measured the height of the mélange. The scientists found a thick mélange wedge pressed up against the glacier in late spring and early summer.

During this period, no icebergs calved, the scientists observed. Once the wedge thinned and melted by mid-summer, calving began in earnest.

"On the surface, this mélange is a subtle thing - it appears almost flat- but underwater, there are huge variations," Dixon said. "It's really the underwater part that is pinning the glacier back and preventing it from calving. By precisely measuring the surface elevations, we were able to get a handle on the much bigger sub-surface variations, which define mélange thickness."

Earlier this spring, NASA scientists reported Jakobshavn Glacier, which has been Greenland's fastest -thinning glacier for the last 20 years, was slowing in its movement toward the ocean in what appears to be a cyclical pattern of warming and cooling. But because Jakobshavn is still giving up more ice than it accumulates each year, its sheer size makes it an important factor in sea level rise, the NASA scientists maintain.

"Our study helps understand the calving process," Dixon said. "We are the first to discover that mélange isn't just some random pile of icebergs in front of the glacier. A mélange wedge can occasionally 'hold the door' and keep the glacier from calving."