The keeping of livestock began in the Ancient Near East and underpinned the emergence of complex economies and then cities. Subsequently, it is there that the world's first empires rose and fell. Now, ancient DNA has revealed how the prehistory of the region's largest domestic animal, the cow, chimes with these events.

An international team of geneticists, led by those from Trinity College Dublin, have deciphered early bovine prehistory by sequencing 67 ancient genomes from both wild and domestic cattle sampled from across eight millennia.

A zebu-shaped weight from Tel Beth-Shemesh. 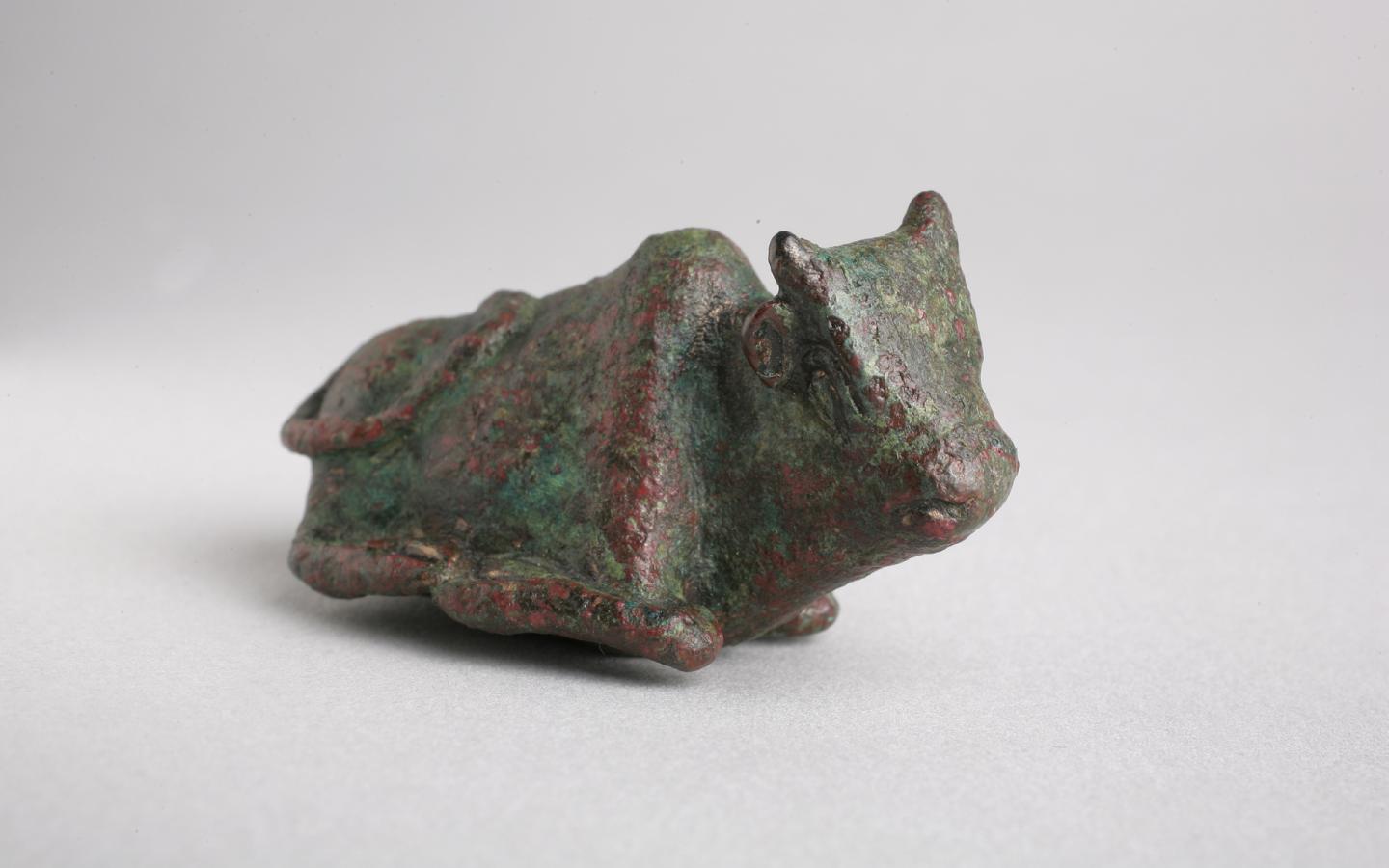 Credit:  A. Hay, courtesy of the Tel Beth-Shemesh Excavations exhibition.

"This allowed us to look directly into the past and observe genomic changes occurring in time and space, without having to rely on modern cattle genetic variation to infer past population events," said Postdpoctoral Researcher at Trinity,Marta Verdugo, who is first author of the article that has just been published in leading international journal, Science.

The earliest cattle are Bos taurus, with no ancestry from Bos indicus, or zebu - herds which were from a different origin in the Indus Valley.

"However, a dramatic change occurred around 4,000 years ago when we detect a widespread, wholesale influx of zebu genetics from the east," added Verdugo.

The rapid influx that occurred at this point - despite Near Eastern Bos taurus and zebu having coexisted for previous millennia - may be linked to a dramatic multi-century drought that was experienced across the greater Near East, referred to as the 4.2-thousand years ago climate event. At this time the world's first empires in Mesopotamia and Egypt collapsed and breeding with arid-adapted zebu bulls may have been a response to changing climate by ancient herders.

Professor of Population Genetics at Trinity, Dan Bradley, said: "This was the beginning of the great zebu diaspora that continues to the present day - descendants of ancient Indus Valley cattle are herded in each continental tropics region today."

Sequencing Near Eastern wild cattle, or aurochs, also allowed the team to unpick the domestication of this most formidable of beasts. Whereas their similarity to the early cattle of Anatolia concurs with a primary origin there, it is clear that different local wild populations also made significant additional genetic contributions to herds in Southeast Europe and also in the southern Levant, adding to the distinctive make up of both European and African populations today.

"There is a great power in ancient genomics to uncover new, unforeseen tales from our ancient history," added Professor Bradley.

This research was funded by a European Research Council Advanced Grant awarded to Professor Dan Bradley.