What can fish teach scientists about limb regeneration? Quite a bit, as it turns out.

In the current issue of Proceedings of the National Academy of Sciences, Michigan State University scientists show that gar, a toothy, freshwater fish, can reveal many evolutionary secrets - even possible genetic blueprints for limb regeneration in people.

Scientists knew that salamanders can regrow full limbs after amputation. Ingo Braasch, MSU assistant professor of integrative biology, and his team, however, was the first to study how gar and other fish regenerate entire fins. More importantly, the researchers focused on how they rebuild the endochondral bones within their fins, which are the equivalents of human arms and legs.

In the current issue of Proceedings of the National Academy of Sciences, Michigan State University scientists show that gar, a toothy, freshwater fish, can reveal many evolutionary secrets -- even possible genetic blueprints for limb regeneration in people. 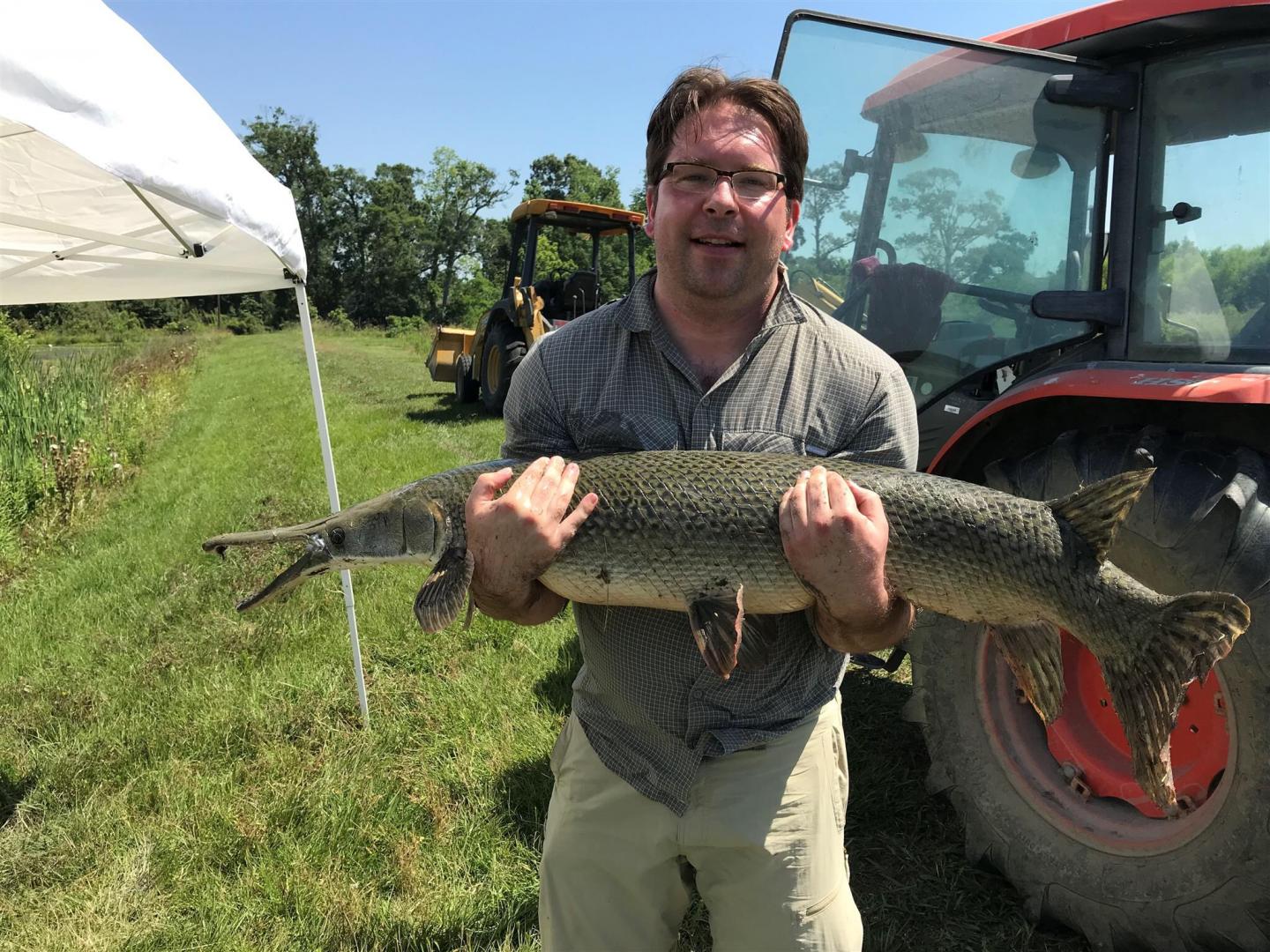 "Gars are often considered 'dinosaur fish' because of their ancestor-resembling body type," Braasch said. "They're becoming a popular, new research organism for biomedical research, largely in part because the gar genome is quite similar to the human genome."

Garfish has been called a "bridge species," as its genome is similar to both zebrafish - often used as a genetic model for human medical advances - and humans, a discovery in which Braasch led. Gar evolve slowly and have kept more ancestral elements in their genome than other fish. This means that along with serving as a bridge species to people, gar also are great connectors to the deep past.

Ingo Braasch studies the evolution of genomic and morphological relationships among vertebrate animals – connecting the past with the present – using gars as genetic models.

So, by studying how fish regenerate fins, Braasch's team pinpointed the genes and the mechanisms responsible that drive the regrowth. When they compared their findings to the human genome, they made an interesting observation.

Ingo Braasch has shown that gar, a toothy, freshwater fish, can reveal many evolutionary secrets ­– even possible genetic blueprints for limb regeneration in people.


Evolutionary speaking, this suggests that the last common ancestor of fish and tetrapods, or four-legged vertebrates, had already acquired a specialized response for appendage regeneration, and that this program has been maintained during evolution in many fish species as well as salamanders, he added.

Continuing research into these key genes and missing mechanisms could eventually lead to some revolutionary medical advances.

"The more we study these commonalities among vertebrates, the more we can home in on prime targets for awakening this program for regenerative therapies in humans," Braasch said. "Such direct biomedical advances remain in the distant future, but studies of fin regeneration in fish will continue to reveal much about the regenerative potential of vertebrates."