In the mid‑1990s scientists knew of less than 200 near‑Earth asteroids, but with better telescopes and more efforts at surveying, the numbers of known asteroids has grown astronomically.

There are over 20,000 known near-Earth asteroids (NEAs), over a hundred short-period near-Earth comets (NECs), and a number of solar-orbiting spacecraft and meteoroids large enough to be tracked in space before striking the Earth.

Modeling the shape and movement of near‑Earth asteroids is now up to 25 times faster thanks to new Washington State University research.

The WSU scientists improved the software used to track thousands of near‑Earth asteroids and comets, which are defined as being within 121 million miles or about 1.3 times the distance to the sun. 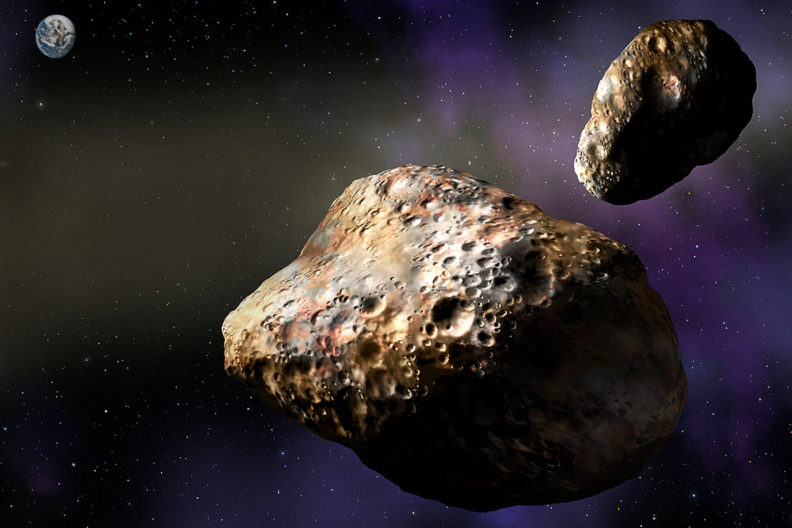 Their work provides a valuable new tool for studying asteroids and determining which of them might be on a collision course with Earth.

Matt Engels, a PhD student who has been working with Professor Scott Hudson in the School of Engineering and Applied Sciences at WSU Tri‑Cities, is lead author of a paper on the research in the July issue of Astronomy and Computing.

Researchers would like to have better information on asteroids, including which of them might crash into earth. The rocks also can provide valuable scientific information, answering fundamental questions about the creation of our solar system and providing a glimpse into our planetary past. Knowing more about individual asteroid composition also could open up new opportunities for possible asteroid mining.

NASA maintains a catalog that includes information on more than 20,000 near‑earth asteroids and comets. In the mid‑1990s scientists knew of less than 200 of such outer space rocks, but with better telescopes and more efforts at surveying, the numbers of known asteroids has grown dramatically.

But, there are only a trickle of papers that describe individual asteroids. Once a new asteroid is discovered, modeling it takes several months, if not longer, said Engels. The research is painstaking.

In the mid‑1990s, Hudson, who has an asteroid named after him, wrote the primary modeling software tool that researchers use to describe asteroids and their behavior. Using ground-based radar and optics data, the software helps researchers learn important information, such as an asteroid’s possible mineral make-up, current and future orbit, shape, and how it spins in space. In fact, Hudson co-authored a paper published in Science that determined that at least one asteroid, 1950 DA, has a very tiny chance of hitting earth during a precise 20‑minute period in March of 2880.

“The software was written for a super computer, so it’s really, really slow,” said Engels, who jumped at improving it for his PhD project. “It can take a long time to do the modeling to draw any conclusions from it, and it takes awhile to crunch the data to write a paper in the first place.”

To check the accuracy of their computer model, the researchers compared their results to clay models of asteroids. The bottom right image comes from the computer model, and the bottom left is an image of the model asteroid. 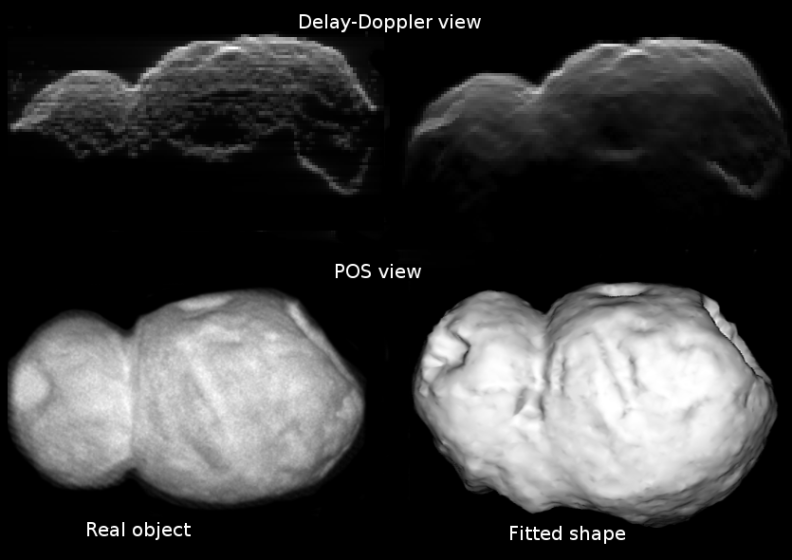 The new version of code works much faster. The researchers revised it to make operations work concurrently instead of performing one at a time. Because the work is very similar to the everyday graphics that modern computers use to crunch out nice displays, the researchers transferred the operations to the computer’s graphics processing units, or GPUs. GPUs are designed to perform complex mathematical and geometric calculations for graphics rendering and have a tremendous amount of power to do parallel calculations.

“It’s taking advantage of the horsepower that is used in computer graphics rendering,” Engels said. “It’s very cost effective and you don’t need a super computer. You can use a consumer level graphics card available for under $500.”

The improvements to the algorithms could also someday be used for a variety of other purposes, said Engels, who works as a research engineer at Pacific Northwest National Laboratory, such as for modeling systems in the electric power grid or gas and oil industry.

Engels is verifying the code with real asteroid data. He hopes to have it available to the astronomy community later this year.