Archaeologists of Far Eastern Federal University (FEFU), Institute of Archeology and Ethnography SB RAS (Russia), Escuela Superior Politécnica del Litoral (ESPOL) (Ecuador), and Tohoku University (Japan) found shards of ceramic vessels referred to the cultural sediments of early periods of Real Alto site. Findings date back to 4640 - 4460 BC, this period borders with Valdivia, one of the oldest pottery-featured cultures in North and South America. A related article is published in Antiquity.

During the excavations at Real Alto site (Ecuador), Russian scientists found fragments of ceramic vessels at a depth of 75 cm to 1 meter. They belong to the insufficiently studied San Pedro complex. Radiocarbon analysis by mass spectrometer showed the pottery dates back to 4640-4460 BC. This period borders or coincides with the first stages of Valdivia culture, the worldwide famous ceramic figures, a kind of symbol of Ecuador, relates to. At the same time, fragments of San Pedro pottery differ from the Valdivian by decorative composition and way of its application.


This is a shard of an ancient ceramic vessel from the insufficiently studied San Pedro complex found on Real Alto site, Ecuador. 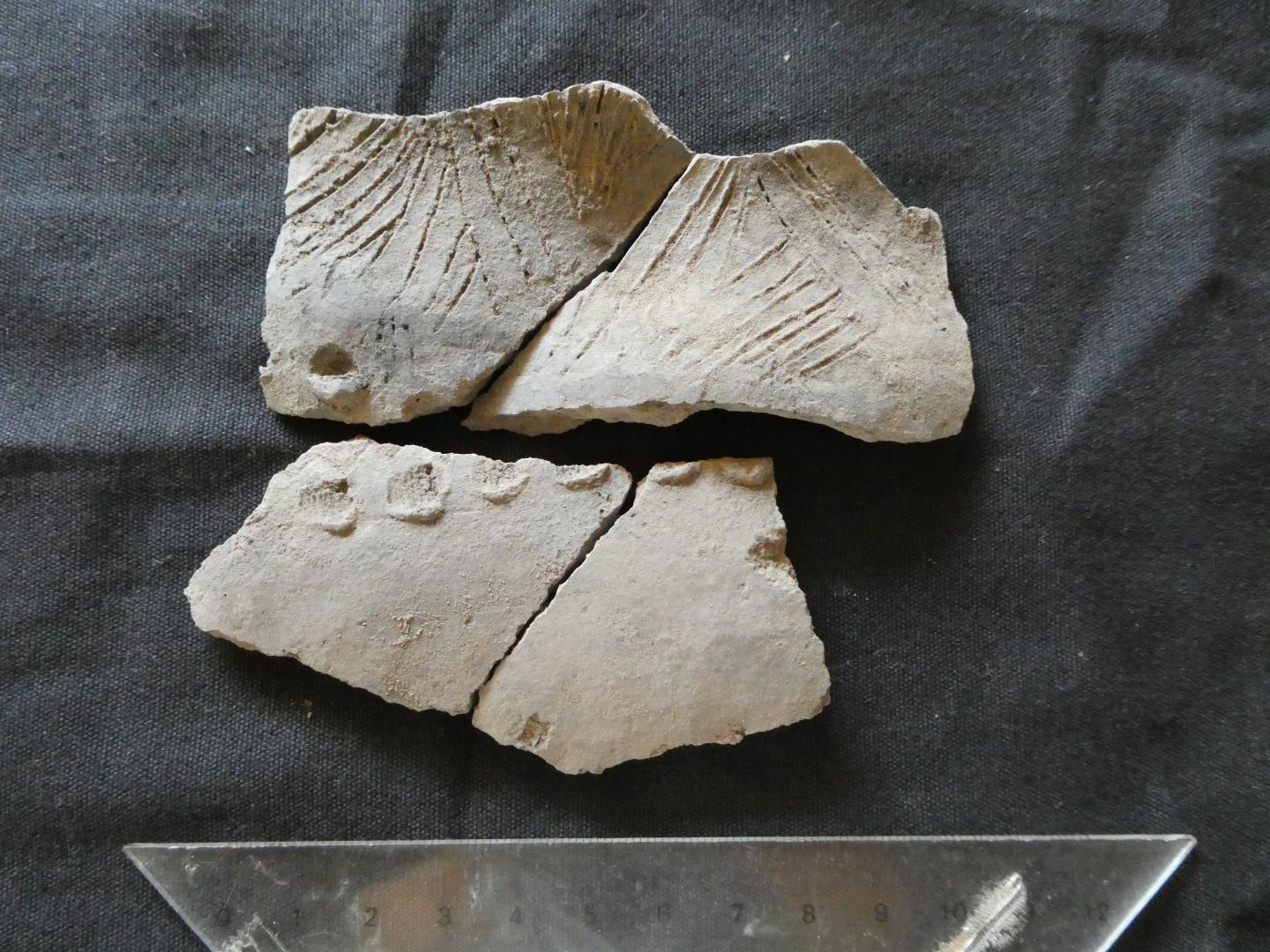 
The shards of San Pedro pottery correlate with fragments from Real Alto and other places of archaeological excavations retrieved in the 70s and 80s but attributed to no particular culture. Thus, the researchers received additional arguments to speak about new archaeological culture related to formative period. The one existed and developed simultaneously with Valdivia on the Pacific coast of Ecuador.

'The mass emergence of pottery was a kind of technical breakthrough associated with many aspects of human life and the level of economic development in different parts of the globe. Ceramic vessels belonging to different cultures developed simultaneously confirm that our ancestors had evolved in terms of cultural diversity. It is curious that, despite the different vectors of human development, in the technological sense we were moving in the same direction.' Alexander Popov said, Head of the Russian archeological expedition to Ecuador, Director of the Educational and Scientific Museum FEFU of the School of Arts and Humanities of Far Eastern Federal University.

According to the scientist, at the next stage of excavation, the research team will look for additional artifacts of new culture. Such findings may well help to determine conditions for the culture development with more preciseness.

This is the museum complex of Real Alto site, Ecuador. 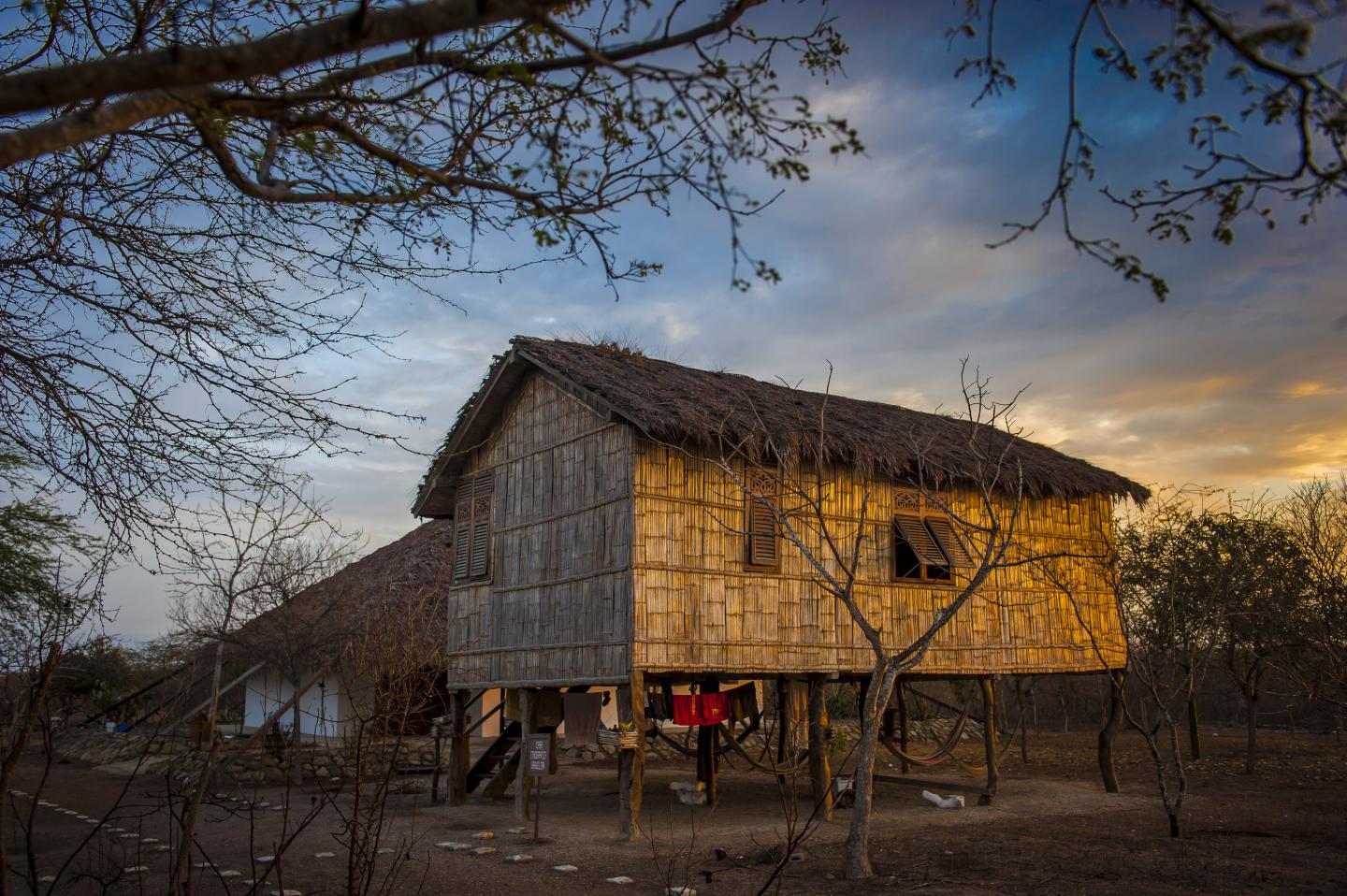 Researchers believe that pottery fragments related to even more archaic time can be found in Ecuador, i.e., the more archaic cultural layer may exist. From that point, one will likely to find out whether pottery was invented in South America at the same time as in the other cultures of the globe or may it probably have been imported. The information will help to comprehend the processes of parallel development of people on the different sides of the Pacific Ocean and, in general, the multi-vector development of human communities.

FEFU researchers seek for common details and local options concerning the development of human civilization on opposite sides of the Pacific Ocean -- in South America and East Asia. Scientists compare the adaptation of the ancient man to environmental changes that influenced the economic, domestic and other aspects of the population.

Previously FEFU archaeologists in Ecuador have found ancient human remains dating back to 6 to 10 thousand years old. The excavations were carried out in Atahualpa canton, the findings belong to the Las Vegas archeological culture of the Stone Age.

The study was supported by Far Eastern Federal University in cooperation with the Japanese Society for the Promotion of Science (16K03149, 16KK0020).