In the first known case of ruling out an asteroid impact through a ‘non-detection’, ESA and the European Southern Observatory have concluded that asteroid 2006 QV89 is not on a collision course this year – and the chance of any future impact is extremely remote.

Asteroids come and go, quite literally, often frustrating astronomers. You can catch sight of a hurtling space rock, take some measurements to narrow down its orbit, and days later it's gone – potentially remaining unobservable for decades.

However, the case of asteroid 2006 QV89 is peculiar. The object was discovered in August 2006 and then observed for only ten days. These observations suggested it had a 1-in-7000 chance of impacting Earth on 9 September 2019.

After the tenth day, the asteroid was unobservable and has not been seen since. Now, after more than a decade, we can predict its position with only very poor accuracy. As a result it is extremely difficult for astronomers to re-observe it, as no one knows exactly where to point a telescope.

Nevertheless, there is a way to obtain the information needed.

Nice to not see you 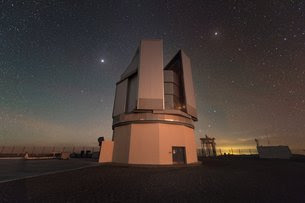 While we do not know 2006 QV89’s trajectory exactly, we do know where it would appear in the sky if it were on a collision course with our planet. Therefore, we can simply observe this small area of the sky to check that the asteroid is indeed, hopefully, not there.

This way, we have the chance to indirectly exclude any risk of an impact, even without actually seeing the asteroid.

This is precisely what ESA and the European Southern Observatory (ESO) did on 4 and 5 July, as part of the ongoing collaboration between the two organisations to observe high-risk asteroids using ESO's Very Large Telescope (VLT).

Teams obtained very ‘deep’ images of a small area in the sky, where the asteroid would have been located if it were on track to impact Earth in September.

The image shows the region of the sky where asteroid 2006 QV80 would have been seen if on a collision course with Earth this year. 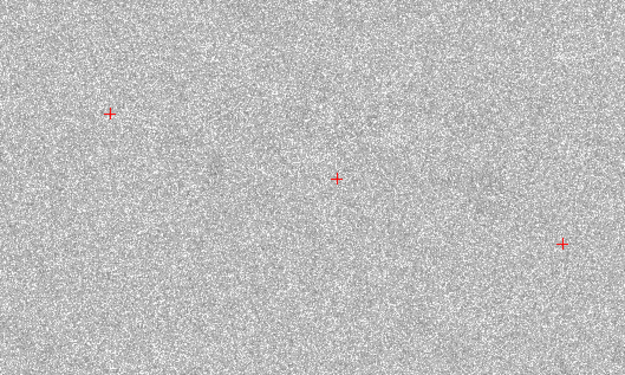 
The three red crosses reveal the specific locations, where the asteroid could have appeared as a single, bright, round source, had it been on a collision course.

Even if the asteroid were smaller than expected, at only a few metres across, it would have been seen in the image. Any smaller than this and the VLT could not have spotted it, but it would also be considered harmless as any asteroid this size would burn up in Earth’s atmosphere.

The Rosetta probe passed within 3,162 km (1,965 mi) of Lutetia, a larger asteroid, in July 2010.  It was the largest asteroid visited by a spacecraft until Dawn arrived at Vesta in July 2011 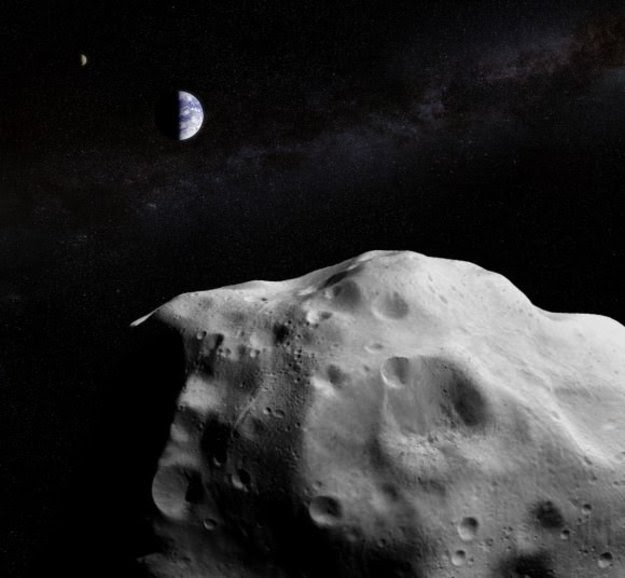 Visualization of Asteroid Itokawa: This artist’s impression, based on detailed spacecraft observations, shows the strange peanut-shaped asteroid Itokawa. By making exquisitely precise timing measurements using ESO’s New Technology Telescope a team of astronomers has found that different parts of this asteroid have different densities. As well as revealing secrets about the asteroid’s formation, finding out what lies below the surface of asteroids may also shed light on what happens when bodies collide in the Solar System, and provide clues about how planets form.
Credit: JAXA, ESO/L. Calçada/M. Kornmesser/Nick Risinger (skysurvey.org)

Find out more about ESA’s work to detect risky asteroids, and one day even to mitigate the risk they pose, here.

Learn all about the potentially hazardous asteroids in the solar system and ESA’s evolving risk list here, and stay up-to-date by signing up for the monthly asteroid newsletter.