The work could lead to better post-operative treatments for people with osteosarcoma, the second most prevalent cause of cancer death in children.

Turmeric has been used in cooking and as medicine for centuries in Asian countries, and its active ingredient, curcumin has been shown to have anti-oxidant, anti-inflammatory and bone-building capabilities 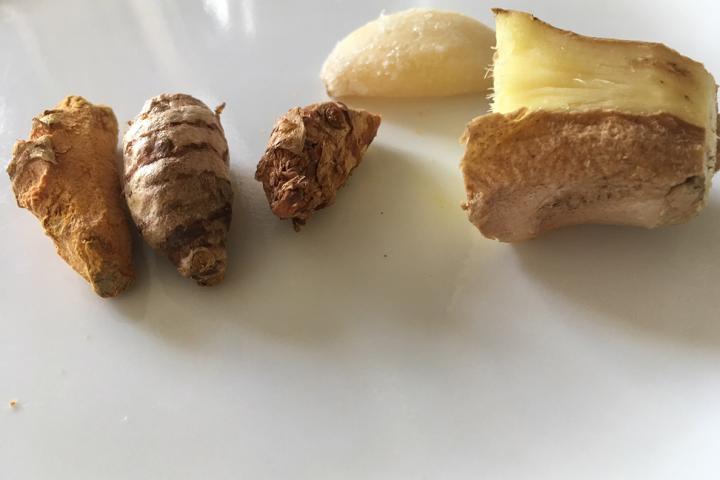 The researchers, including Susmita Bose, Herman and Brita Lindholm Endowed Chair Professor in the School of Mechanical and Materials Engineering, and graduate student Naboneeta Sarkar, report on their work in the journal, ACS Applied Materials and Interfaces.

Young patients with bone cancer are often treated with high doses of chemotherapy before and after surgery, many of which have harmful side effects. Researchers would like to develop gentler treatment options, especially after surgery when patients are trying to recover from bone damage at the same time that they are taking harsh drugs to suppress tumor growth.

Turmeric has been used in cooking and as medicine for centuries in Asian countries, and its active ingredient, curcumin has been shown to have anti-oxidant, anti-inflammatory and bone-building capabilities. It has also been shown to prevent various forms of cancers.

"I want people to know the beneficial effects of these natural compounds," said Bose. "Natural biomolecules derived from these plant-based products are inexpensive and a safer alternative to synthetic drugs."

However, when taken orally as medicine, the compound can't be absorbed well in the body. It is metabolized and eliminated too quickly.

In their study, the researchers used 3D printing to build support scaffolds out of calcium phosphate. While most implants are currently made of metal, such ceramic scaffolds, which are more like real bone, could someday be used as a graft material after bone cancer surgery. The researchers incorporated curcumin, encapsulated in a vesicle of fat molecules into the scaffolds, allowing for the gradual release of the chemical.

The researchers found that their system inhibited the growth of osteosarcoma cells by 96 percent after 11 days as compared to untreated samples. The system also promoted healthy bone cell growth.

"This study introduces a new era of integration - where modern 3d printing technology is coupled with the safe and effective use of alternative medicine, which may provide a better tool for bone tissue engineering," said Bose.

The researchers are continuing the unique area of research, studying the benefits of integrating other natural compounds in biomedical technology. The work was funded by the National Institutes of Health.