Solved: How Tides Can Trigger Earthquakes

A new study reveals the inner workings of tidally triggered earthquakes, and finds that even the slightest stress can set off a tremor.

The tides are turning in a quest to solve an earthquake mystery.

Years ago, scientists realized that earthquakes along mid-ocean ridges -- those underwater mountain ranges at the edges of the tectonic plates -- are linked with the tides. But nobody could figure out why there's an uptick in tremors during low tides.

"Everyone was sort of stumped, because according to conventional theory, those earthquakes should occur at high tides," explained Christopher Scholz, a seismologist at Columbia University's Lamont-Doherty Earth Observatory.

In a study published today in Nature Communications, he and his colleagues have uncovered the mechanism for this seeming paradox, and it comes down to the magma below the mid-ocean ridges.

"It's the magma chamber breathing, expanding and contracting due to the tides, that's making the faults move," said Scholz, who co-led the study along with Lamont-Doherty graduate student Yen Joe Tan.

Going against the tide

The low tide correlation is surprising because of the way the mid-ocean fault moves. Scholz described the fault as a tilted plane that separates two blocks of earth. During movement, the upper block slides down with respect to the lower one. So, scientists expected that at high tides, when there is more water sitting on top of the fault, it would push the upper block down and cause the earthquakes. But that's not what happens. Instead, the fault slips down during low tide, when forces are actually pulling upwards -- "which is the opposite of what you'd expect," said Scholz.

To get to the bottom the mystery, he, Tan, and Fabien Albino from the University of Bristol studied the Axial Volcano along the Juan de Fuca Ridge in the Pacific Ocean. Because the volcano erupts every ten years or so, scientists have set up dense networks of ocean bottom instruments to monitor it. The team used the data from those instruments to model and explore different ways the low tides could be causing the tremors. 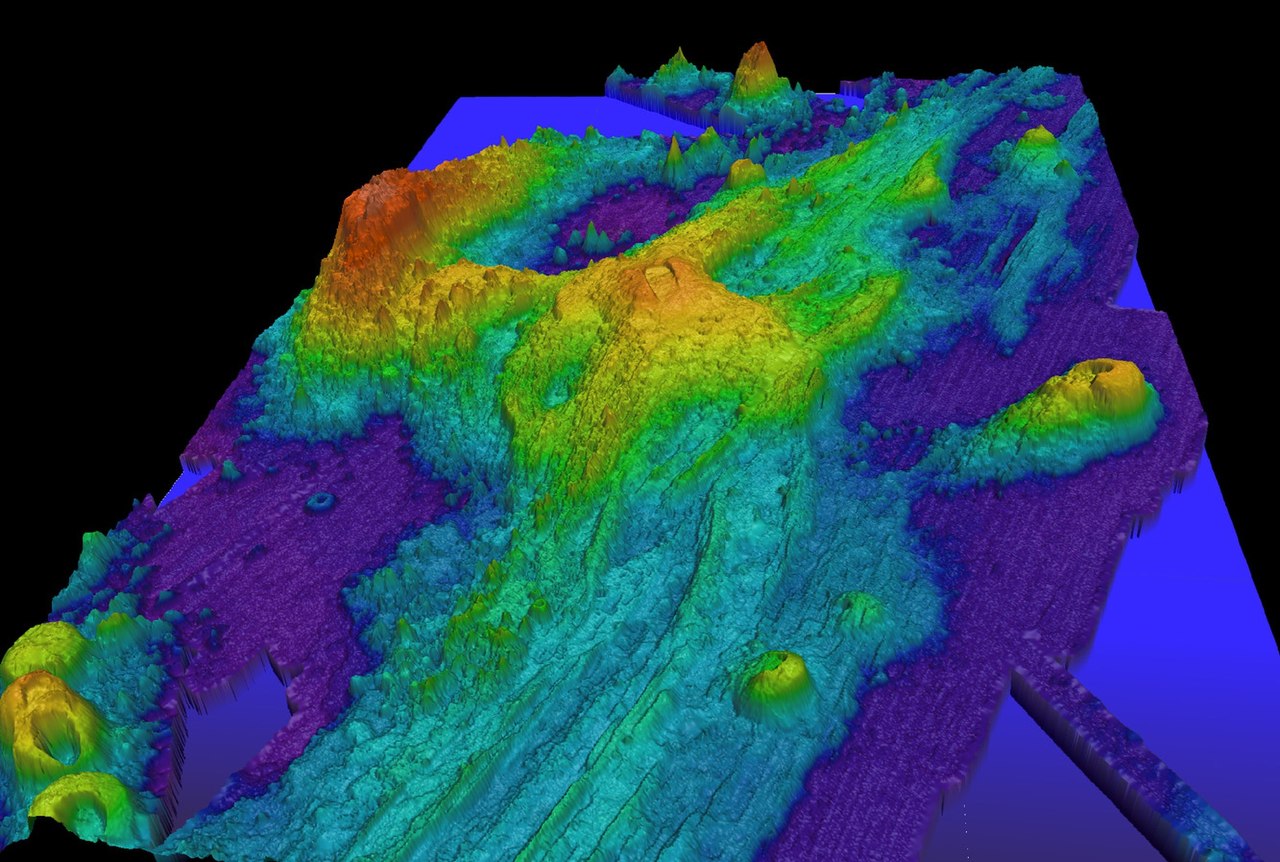 In the end, it came down to a component that no one else had considered before: the volcano's magma chamber, a soft, pressurized pocket below the surface. The team realized that when the tide is low, there is less water sitting on top of the chamber, so it expands. As it puffs up, it strains the rocks around it, forcing the lower block to slide up the fault, and causing earthquakes in the process.

Furthermore, said Scholz, the tidal earthquakes in this region are "so sensitive that we can see details in the response that nobody could ever see before." When the team charted the earthquake rate versus the stress on the fault, they realized that even the tiniest stress could trigger an earthquake. The tidal data helped to calibrate this effect, but the triggering stress could be caused by anything -- such as the seismic waves from another earthquake, or fracking wastewater pumped into the ground.

"People in the hydrofracking business want to know, is there some safe pressure you can pump and make sure you don't produce any earthquakes?" said Scholz. "And the answer that we find is that there isn't any -- it can happen at any level of stress."

Of course, a small stress over a small area isn't going to cause a devastating earthquake, and the exact amount of stress needed varies from place to place. "Our point is there's no intrinsic stress that has to be exceeded to cause an earthquake," says Scholz. "There isn't any rule of thumb."