Secrets of the Ice Worm

The ice worm is one of the largest organisms that spends its entire life in ice and Washington State University scientist Scot Hotalilng is one of the only people on the planet studying it.

He is the author of a new paper that shows ice worms in the interior of British Columbia have evolved into what may be a genetically distinct species from Alaskan ice worms.

Hotaling and colleagues also identified an ice worm on Vancouver Island that is closely related to a separate population of ice worms located 1,200 miles away in southern Alaska. The researchers believe the genetic intermingling is the result of birds eating the glacier-bound worms (or their eggs) at one location and then dropping them off at another as they migrate up and down the west coast.

The ice worm resembles the common earthworm but is smaller and darker in color. 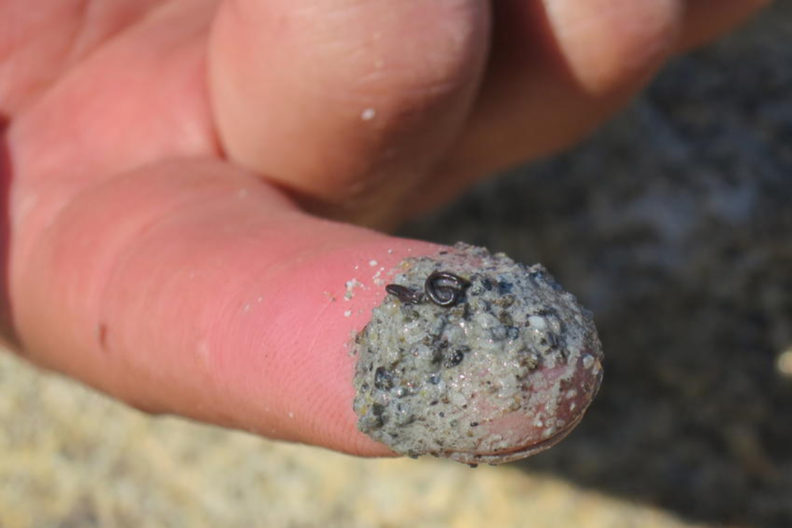 
“If you are a worm isolated on a mountaintop glacier, the expectation is you aren’t going anywhere,” said Hotaling, a postdoctoral biology researcher. “But lo and behold, we found this one ice worm on Vancouver Island that is super closely related to ice worms in southern Alaska. The only reasonable explanation we can think of to explain this is birds.”

The ice worm resembles the common earthworm but is smaller and darker in color. What sets the ice worm apart from other members of the Mesenchytraeus genus is its ability to live its entire life in glacial ice.

Millions, perhaps hundreds of millions, of ice worms can be seen wriggling to the top of glaciers from the Chugach Mountains in southeast Alaska to the Cascade Volcanoes of Washington and Oregon during the summer months. In the fall and winter, ice worms subsist deep beneath the surface of glaciers where temperatures stay around freezing. 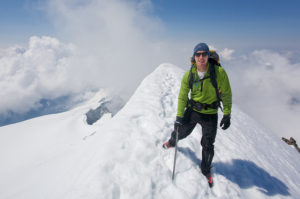 Hotaling’s interest in ice worms began back in 2009 while he was working as a mountaineering ranger on the high elevation slopes of Mt. Rainer. He was climbing at three in the morning when he noticed a lot of small, black worms crawling around on the surface of a glacier.

“I wasn’t even a biology undergraduate yet but I remember being so fascinated by the fact that there is this worm that can live in a glacier,” he said. “It is not a place where we think of life being able to flourish and these things can be present at like 200 per sq. meter, so dense you can’t walk without stepping in them.”

Hotaling eventually went back to school and earned a PhD in biology at the University of Kentucky where he studied how climate change is affecting mountain biodiversity.

In the summer of 2017, he finally got the opportunity to circle back and do some research on the ice worm when he arrived in Pullman to start a postdoc position in the laboratory of Associate Professor Joanna Kelley, senior author of the study who specializes in evolutionary genomics and extremophile lifeforms.

“In the Kelley lab, we study organisms that have evolved to live in places that are inhospitable to pretty much everything else,” Hotaling said. “Determining the evolutionary mechanisms that enable something like an ice worm to live in a glacier or bacteria to live in a Yellowstone hot spring is a really exciting way to learn about what is possible at the bounds of evolution. That’s where we are working now, understanding the evolution of ice worms.”
In the study

Hotaling and colleagues extracted and sequenced DNA from 59 ice worms collected from nine glaciers across most of their geographical range. Their analysis revealed a genetic divergence between populations of ice worms that are north and west and south and east of the Coast Mountains of British Columbia.

The researchers predict that this deeper split into two genetically distinct ice worm groups occurred as a result of glacial ice sheets contracting around a few hundred thousand years ago, isolating worms in the Pacific Northwest from their counterparts in Alaska.

The most surprising finding of the study was the discovery of a single ice worm on Vancouver Island that was closely related to a population of ice worms 1,200 miles away in Alaska.

“At first we thought there has to be some kind of error in the analysis or prep methods but upon further investigation we confirmed our initial results,” Hotaling said. “These are worms isolated on mountain tops and there is no explanation for how they covered that gap than on, or perhaps within, migrating birds.” 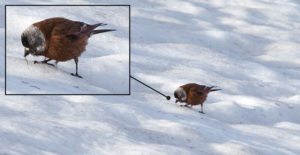 A Photo by Scott Hotaling

“We knew that ice worms were an important source of food for the birds but we didn’t know until now that the birds are also likely very important for the ice worms,” Hotaling said. “If you are super isolated like an ice worm, you could easily become inbred. But if birds are bringing little bits of new diversity to your mountaintop glacier that could be really good for you.”

Hotaling and Kelley’s study was published this month in Proceedings B of the Royal Society of Publishing.
Contacts and sources:
Will Ferguson
Washington State University
Citation: