A new study shows how marine life around Antarctica returned after the extinction event that wiped out the dinosaurs.

A team led by British Antarctic Survey studied just under 3000 marine fossils collected from Antarctica to understand how life on the sea floor recovered after the Cretaceous-Paleogene (K-Pg) mass extinction 66 million years ago. They reveal it took one million years for the marine ecosystem to return to pre-extinction levels. The results are published today (19 June 2019) in the journal Palaeontology.

The K-Pg extinction wiped out around 60% of the marine species around Antarctica, and 75% of species around the world. Victims of the extinction included the dinosaurs and the ammonites. It was caused by the impact of a 10 km asteroid on the Yucatán Peninsula, Mexico, and occurred during a time period when the Earth was experiencing environmental instability from a major volcanic episode. Rapid climate change, global darkness, and the collapse of food chains affected life all over the globe. 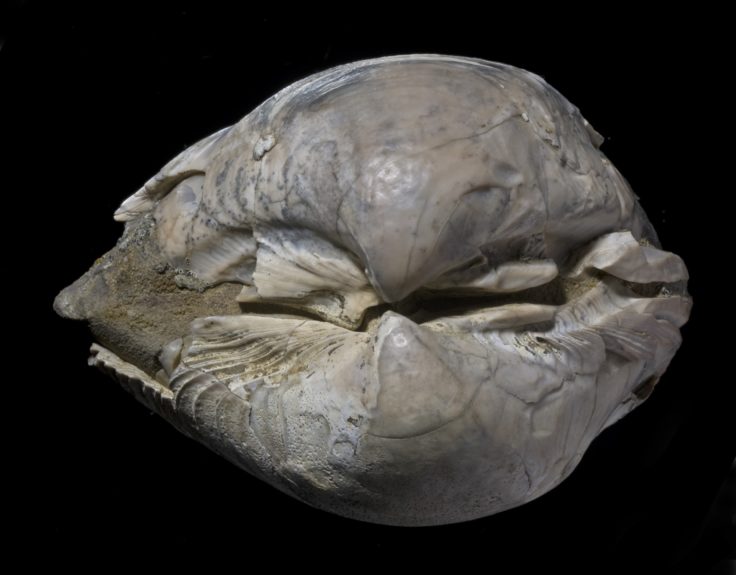 The K-Pg extinction fundamentally changed the evolutionary history of life on Earth. Most groups of animals that dominate modern ecosystems today, such as mammals, can trace the roots of their current success back to the aftermath of this extinction event.

A team of scientists from British Antarctic Survey, the University of New Mexico and the Geological Survey of Denmark & Greenland show that in Antarctica, for over 320,000 years after the extinction, only burrowing clams and snails dominated the Antarctic sea floor environment. It then took up to one million years for the number of species to recover to pre-extinction levels.


“This study gives us further evidence of how rapid environmental change can affect the evolution of life. Our results show a clear link in the timing of animal recovery and the recovery of Earth systems.”


“Our discovery shows the effects of the K-Pg extinction were truly global, and that even Antarctic ecosystems, where animals were adapted to environmental changes at high latitudes like seasonal changes in light and food supply, were affected for hundreds of thousands of years after the extinction event.”