It may not sound appetizing but cultured insect tissue could combine the planet-saving best of insect farming, GM livestock, labriculture and plant-based meat substitutes. Due to significant environmental concerns associated with industrial livestock farming, it is vital to accelerate the development of sustainable food production methods.

Livestock farming is destroying our planet. It is a major cause of land and water degradation, biodiversity loss, acid rain, coral reef degeneration, deforestation - and of course, climate change. Plant-based diets, insect farming, lab-grown meat and genetically modified animals have all been proposed as potential solutions. Which is best? 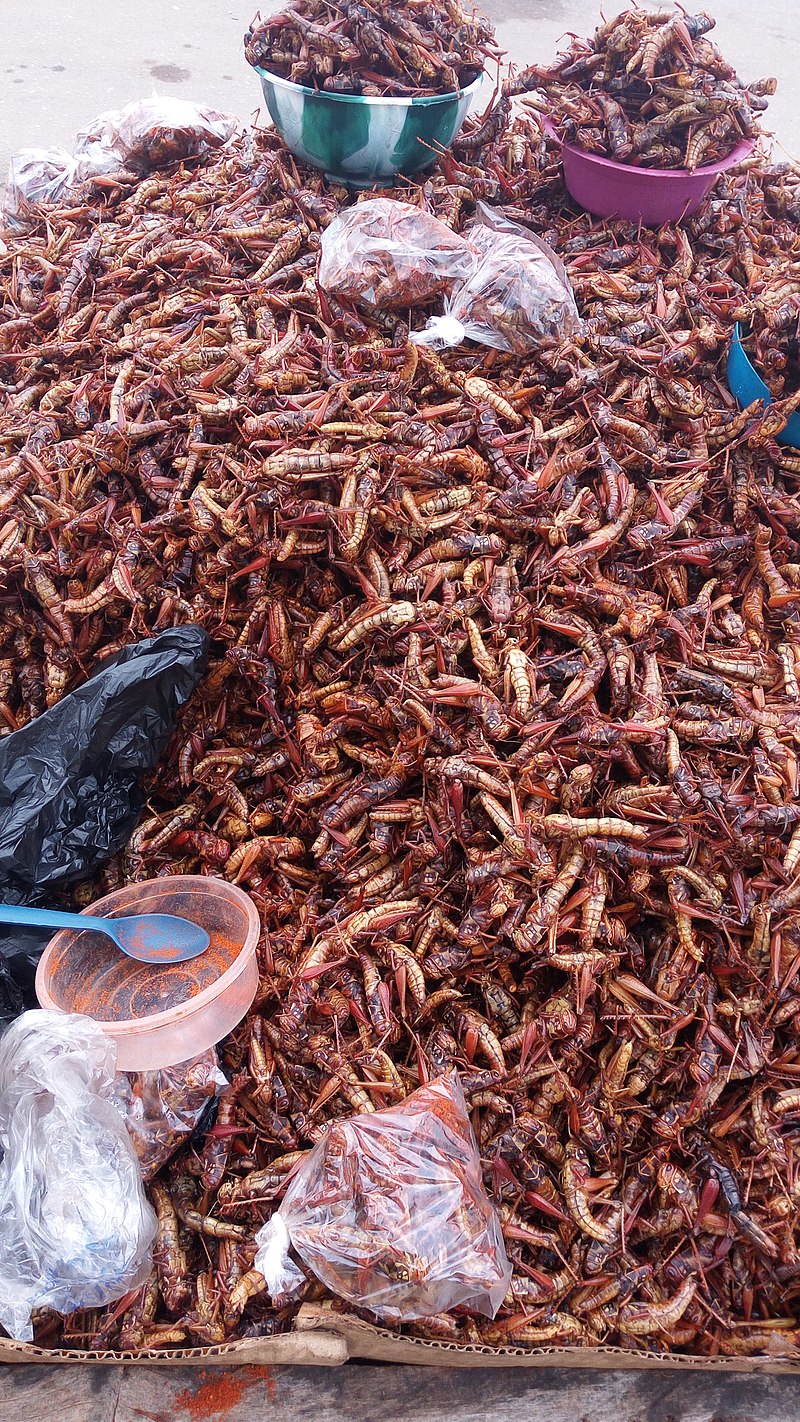 All of these combined, say researchers at Tufts University.

Writing in Frontiers in Sustainable Food Systems, they explain why lab-grown insect meat - fed on plants, and genetically modified for maximum growth, nutrition and flavor - could be a superior green alternative for high volume, nutritious food production.

Genetically modified livestock, for example that produce less methane or resist disease, can do little to relieve issues like land and water degradation, deforestation and biodiversity loss.

But for meat-lovers, soy- or mushroom-based substitutes just don't hit the spot - and some plant crops are as thirsty as livestock.

Insect farming has a much lower water and space requirement - think vertical farming - and twice as much of a cricket is edible than of a big-boned, big-bellied cow. Unsurprisingly though, creepy crawlies are proving even harder for consumers to swallow.

Finally, lab-grown meat could squeeze water and space savings furthest of all, without compromising on taste. Culturing beef, pork or chicken cells might require even more energy and resources than livestock farming, however - leaving us trading farts for fossil fuels. (Or is that burps?)

A better solution, says Rubio, may lie at the intersection of all these options: lab-grown insect meat - fed on plants, and genetically modified for maximum growth, nutrition and flavor.

"Compared to cultured mammalian, avian and other vertebrate cells, insect cell cultures require fewer resources and less energy-intensive environmental control, as they have lower glucose requirements and can thrive in a wider range of temperature, pH, oxygen and osmolarity conditions," reports Rubio.

"Alterations necessary for large-scale production are also simpler to achieve with insect cells, which are currently used for biomanufacture of insecticides, drugs and vaccines."

Research for these applications has led already to inexpensive, animal-free growth media for insect cells - including soy- and yeast-based formulas - as well as successful 'suspension culture'.

"In most mammalian muscle cell culture systems, the cells have to be fixed in a single layer to a growth surface - which is complex to scale up for mass food production. Many insect cells, however, can be grown free-floating in a suspension of growth media to allow cost-e?ective, high-density cell generation," Rubio explains.

Technology developed to stimulate movement of insect tissue for bio-robotics could also be applied to food production, since regular contraction may be required for cultured insect muscle to develop a 'meaty' texture. A particularly efficient method is optogenetic engineering, whereby cells are made to contract in response to light by introducing a new gene - another advantage of insect cells, which more readily accept genetic modifications than do other animal cells.

How will it taste?

So, future food production could be a sight to behold: silent discos of insect muscles, flexing to the pulse of lasers in vast pools of soy juice. But how will it taste?

The short answer, says Rubio, is that nobody knows.

"Despite this immense potential, cultured insect meat isn't ready for consumption. Research is ongoing to master two key processes: controlling development of insect cells into muscle and fat, and combining these in 3D cultures with a meat-like texture. For the latter, sponges made from chitosan - a mushroom-derived fiber that is also present in the invertebrate exoskeleton - are a promising option."

"Advances in insect cell culture and tissue engineering can potentially be translated to lobster, crab and shrimp, due to the evolutionary proximity of insects and crustaceans," suggests Rubio.