When it comes to making friends, it appears dolphins are just like us and form close friendships with other dolphins that have a common interest. The findings, published in the Proceedings of the Royal Society B by an international team of researchers from the Universities of Bristol, Zurich and Western Australia, provides further insight into the social habits of these remarkable animals. 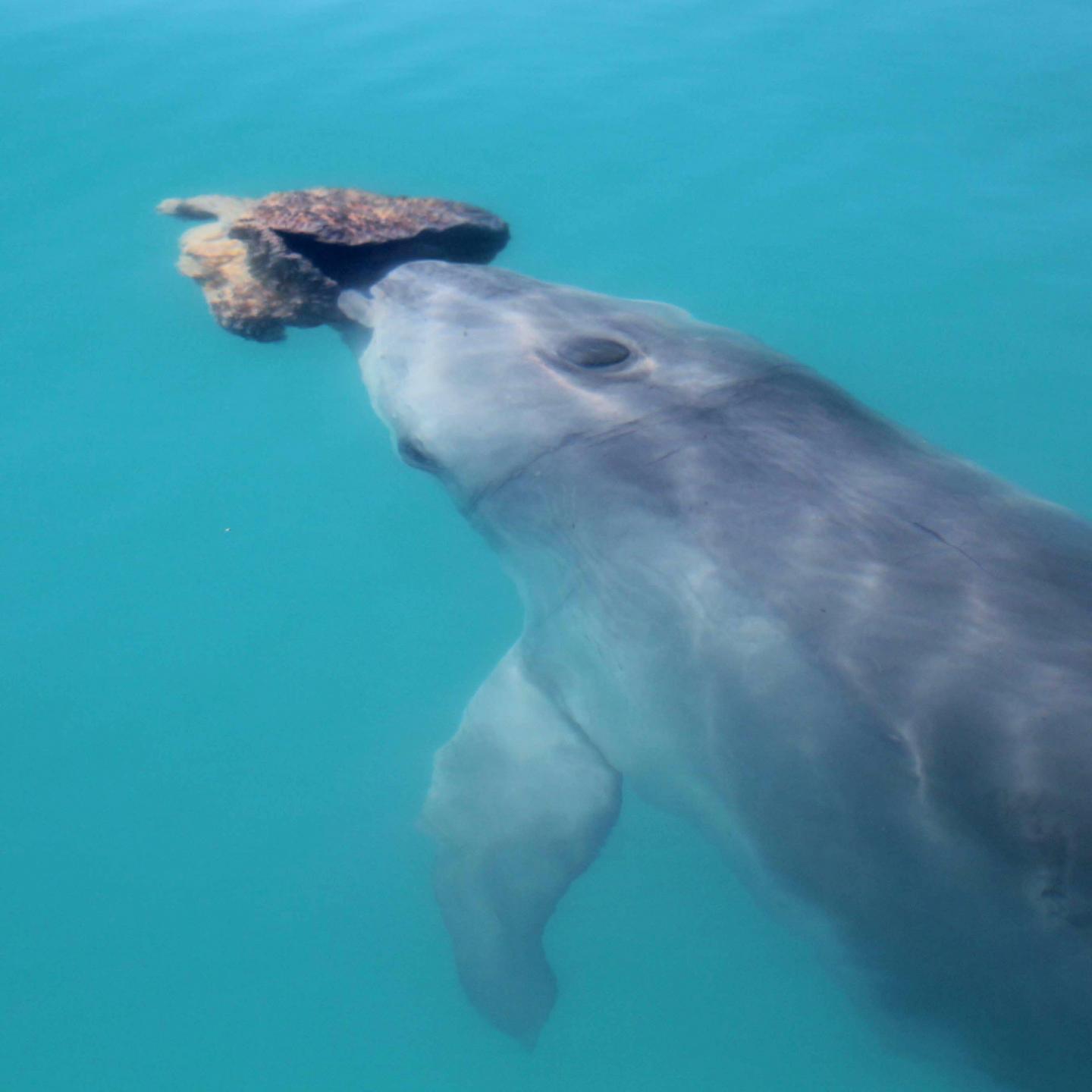 Shark Bay, a World Heritage area in Western Australia, is home to an iconic population of Indo-Pacific bottlenose dolphins, and the only place where dolphins have been observed using marine sponges as foraging tools. This learnt technique, passed down from generation to generation, helps certain dolphins, "spongers", find food in deeper water channels. While the tool-using technique is well-studied in female dolphins, this study looked specifically at male dolphins.

Using behavioural, genetic and photographic data collected from 124 male dolphins during the winter months in Shark Bay over nine years [2007 to 2015], the team analysed a subset of 37 male dolphins, comprising 13 spongers and 24 non-spongers.

Male spongers spend more time associating with other male spongers than they do non-spongers, these bonds being based on similar foraging techniques and not relatedness or other factors. 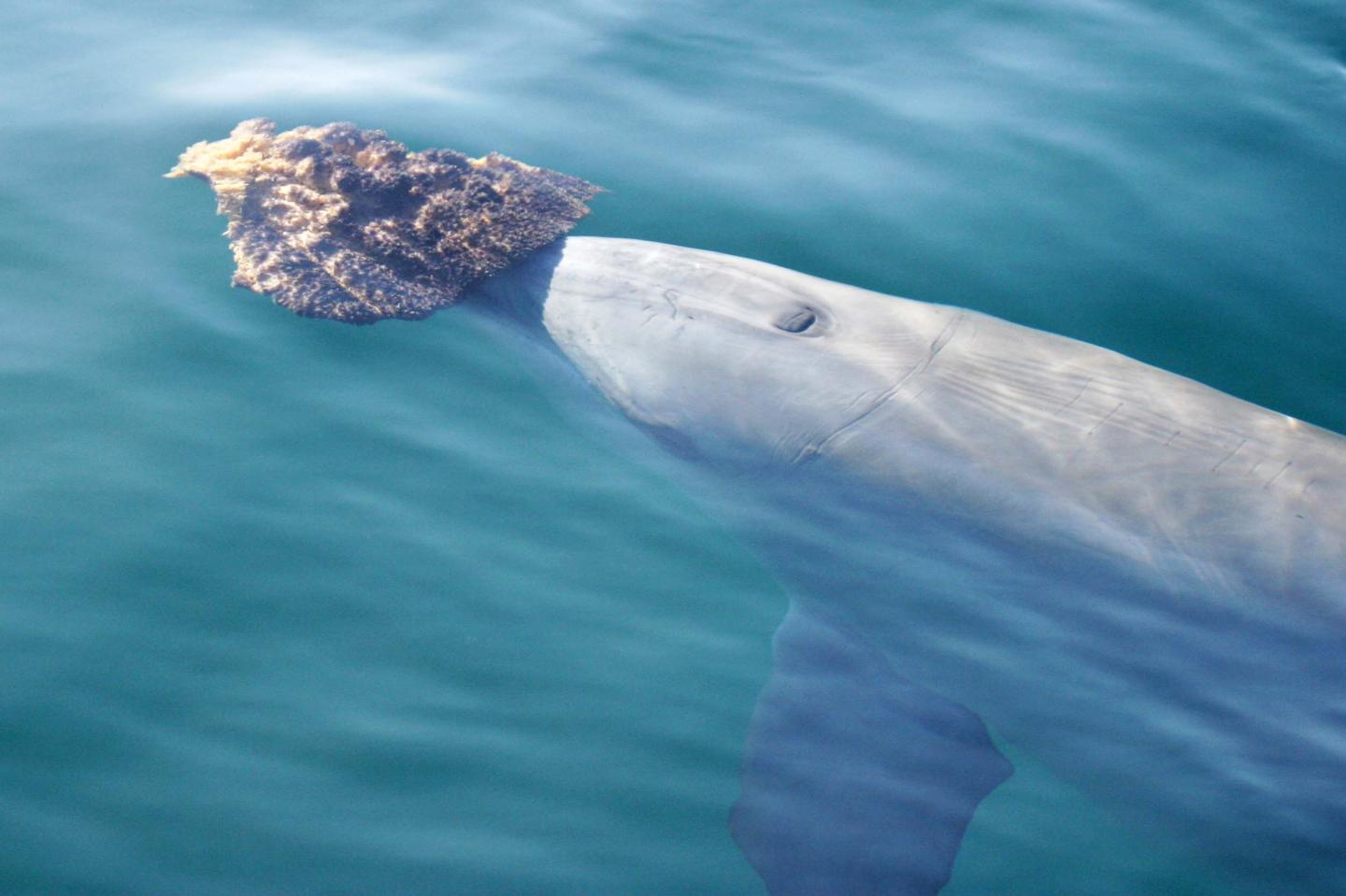 Dr Simon Allen, a co-author of the study and senior research associate at Bristol's School of Biological Sciences, explains: "Foraging with a sponge is a time-consuming and largely solitary activity so it was long thought incompatible with the needs of male dolphins in Shark Bay - to invest time in forming close alliances with other males. This study suggests that, like their female counterparts and indeed like humans, male dolphins form social bonds based on shared interests."

The study provides new insight into homophilous behaviour in the social network of tool-using dolphins. 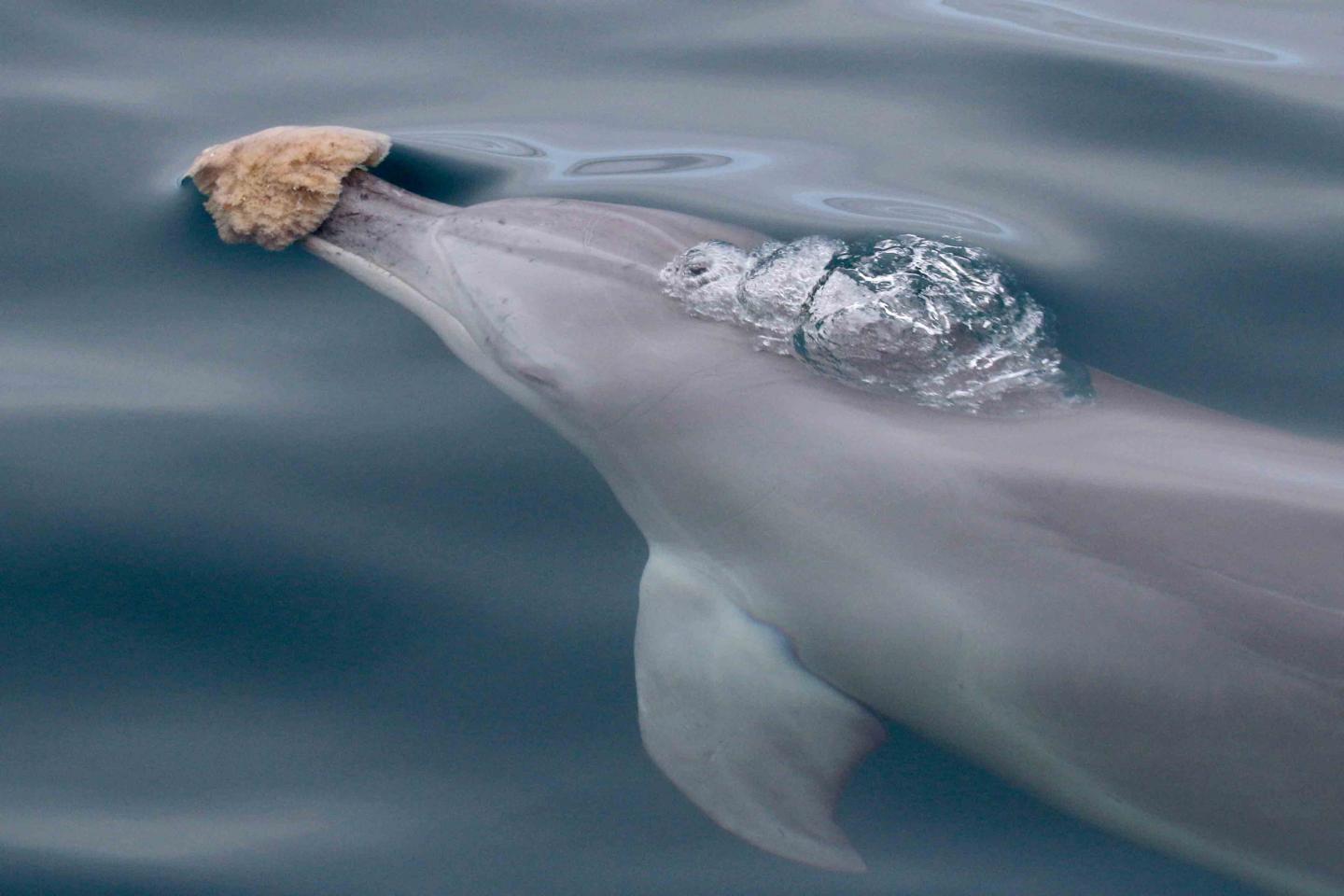 Credit: Stephanie King
Manuela Bizzozzero, lead author of the study at the University of Zurich, added: "Male dolphins in Shark Bay exhibit a fascinating social system of nested alliance formation. These strong bonds between males can last for decades and are critical to each male's mating success. We were very excited to discover alliances of spongers, dolphins forming close friendships with others with similar traits."