The study, carried out by experts from the University of Nottingham and funded by the NIHR School for Primary Care Research, found that there was nearly a 50% increased risk of dementia among patients aged 55 and over who had used strong anticholinergic medication daily for three years or more.

Anticholinergic drugs help to contract and relax muscles. They work by blocking acetylcholine, a chemical that transmits messages in the nervous system. 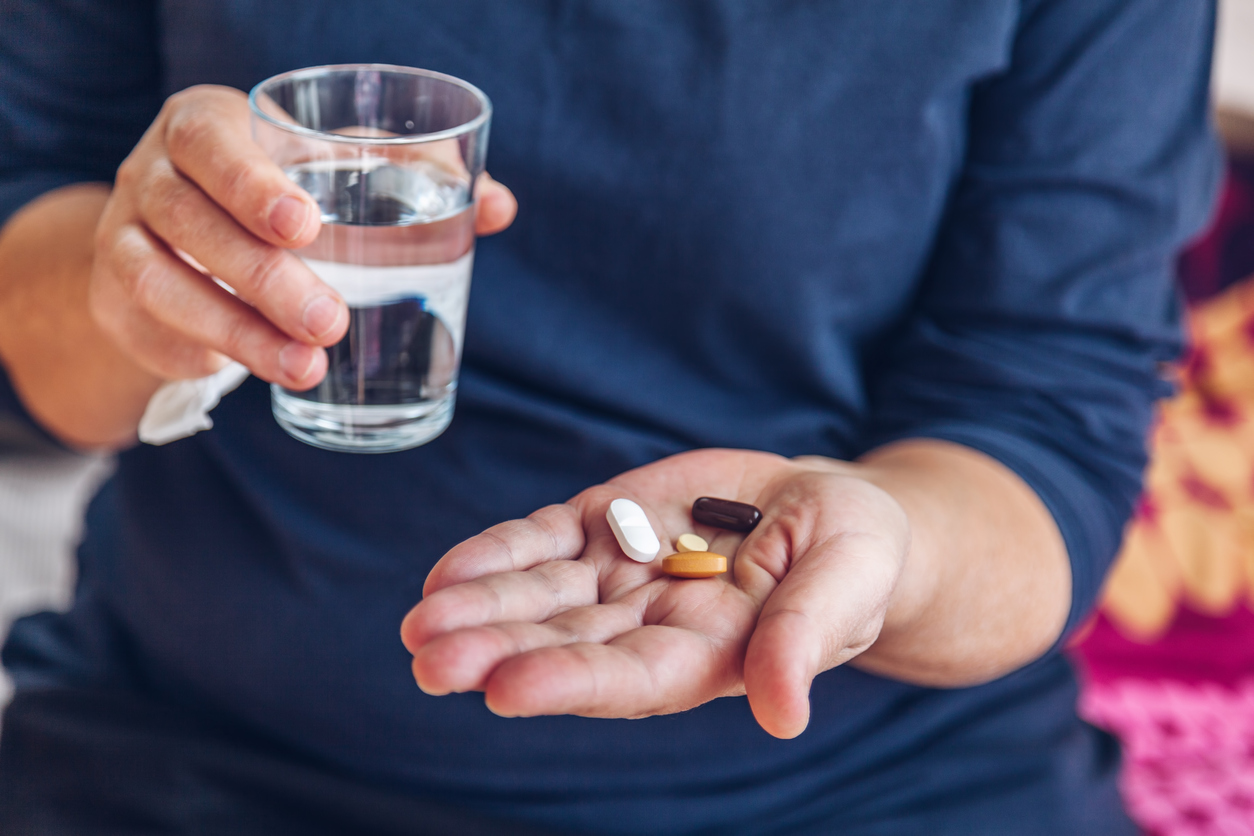 These medicines can have short-term side effects, including confusion and memory loss, but it is less certain whether long-term use increases the risk of dementia.

The research, published in the JAMA Internal Medicine journal and led by Professor Carol Coupland from the University's Division of Primary Care, looked at the medical records of 58,769 patients with a diagnosis of dementia and 225,574 patients without a diagnosis of dementia, all aged 55 and over and registered with UK GPs contributing data to the QResearch database, between 1 January 2004 and 31 January 2016.

The study findings showed increased risks of dementia for anticholinergic drugs overall and specifically for the anticholinergic antidepressants, antipsychotic drugs, antiparkinsons drugs, bladder drugs and epilepsy drugs after accounting for other risk factors for dementia.

No increased risks were found for the other types of anticholinergic drug studied such as antihistamines and gastrointestinal drugs.

Professor Tom Dening, Head of the Centre for Dementia at the University of Nottingham and a member of the research study team, said: "This study provides further evidence that doctors should be careful when prescribing certain drugs that have anticholinergic properties. However, it's important that patients taking medications of this kind don't just stop them abruptly as this may be much more harmful. If patients have concerns, then they should discuss them with their doctor to consider the pros and cons of the treatment they are receiving."

The 58,769 patients with dementia had an average age of 82 and 63% were women. Each dementia case was matched to five control patients of the same age, sex, and general practice.

Anticholinergic drug exposure was assessed using prescription information over a complete period of 10 years from 1 to 11 years before diagnosis of dementia or the equivalent dates in control patients, and was compared between the two patient groups. Further analysis looked at prescriptions for anticholinergic drugs up to 20 years before diagnosis of dementia.

This is an observational study so no firm conclusions can be drawn about whether these anticholinergic drugs cause dementia, and it is possible that the drugs were being prescribed for very early symptoms of dementia.

"The risks of this type of medication should be carefully considered by healthcare professionals alongside the benefits when the drugs are prescribed and alternative treatments should be considered where possible, such as other types of antidepressants or alternative types of treatment for bladder conditions. These findings also highlight the importance of carrying out regular medication reviews.

"We found a greater risk for people diagnosed with dementia before the age of 80 which indicates that anticholinergic drugs should be prescribed with caution in middle-aged people as well as in older people."

These results, along with those of a similar study published in 2018 help to clarify which types of anticholinergic drug are associated with the highest risks of dementia.

In the 1-11 years before the dementia diagnosis date or equivalent in controls, nearly 57% of cases and 51% of controls were prescribed at least one strong anticholinergic drug, with an average of six prescriptions in cases and 4 in controls. The most frequently-prescribed types of drugs were antidepressants, anti-vertigo and bladder antimuscarinic drugs - which are used to treat an overactive bladder.

The increased risk associated with these drugs indicates that if the association is causal around 10% of dementia diagnoses could be attributable to anticholinergic drug exposure, which would equate to around 20,000 of the 209,600 new cases of dementia per year in the UK.

This is a sizeable proportion and is comparable with other modifiable risk factors for dementia, including 5% for midlife hypertension, 3% for diabetes, 14% for later life smoking and 6.5% for physical inactivity.