In the right conditions, airplane contrails can linger in the sky as contrail cirrus - ice clouds that can trap heat inside the Earth's atmosphere. Their climate impact has been largely neglected in global schemes to offset aviation emissions, even though contrail cirrus have contributed more to warming the atmosphere than all CO2 emitted by aircraft since the start of aviation. A new study published in the European Geosciences Union (EGU) journal Atmospheric Chemistry and Physics has found that, due to air traffic activity, the climate impact of contrail cirrus will be even more significant in the future, tripling by 2050. 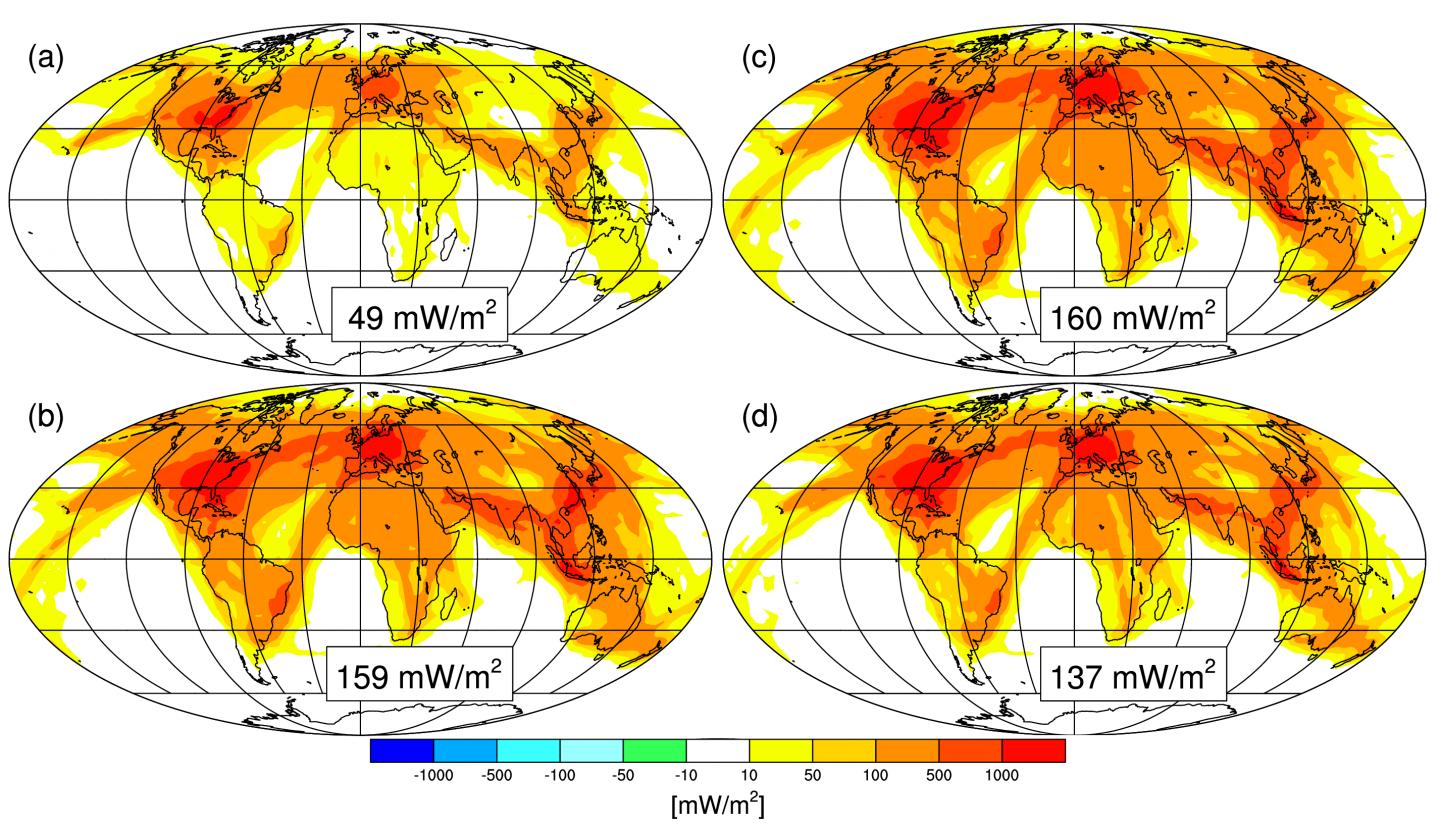 
"It is important to recognise the significant impact of non-CO2 emissions, such as contrail cirrus, on climate and to take those effects into consideration when setting up emission trading systems or schemes like the Corsia agreement," says Lisa Bock, a researcher at DLR, the German Aerospace Center, and lead-author of the new study. Corsia, the UN's scheme to offset air traffic carbon emissions from 2020, ignores the non-CO2 climate impacts of aviation.

But the new Atmospheric Chemistry and Physics study shows these non-CO2 climate impacts cannot be neglected. Bock and her colleague Ulrike Burkhardt estimate that contrail cirrus radiative forcing will be 3 times larger in 2050 than in 2006. This increase is predicted to be faster than the rise in CO2 radiative forcing since expected fuel efficiency measures will reduce CO2 emissions.

The increase in contrail cirrus radiative forcing is due to air traffic growth, expected to be 4 times larger in 2050 compared to 2006 levels, and a slight shift of flight routes to higher altitudes, which favours the formation of contrails in the tropics. The impact on climate due to contrail cirrus will be stronger over Northern America and Europe, the busiest air traffic areas on the globe, but will also significantly increase in Asia.

"Contrail cirrus' main impact is that of warming the higher atmosphere at air traffic levels and changing natural cloudiness. How large their impact is on surface temperature and possibly on precipitation due to the cloud modifications is unclear," says Burkhardt. Bock adds: "There are still some uncertainties regarding the overall climate impact of contrail cirrus and in particular their impact on surface temperatures because contrail cirrus themselves and their effects on the surface are ongoing topics of research. But it's clear they warm the atmosphere."

Cleaner aircraft emissions would solve part of the problem highlighted in the study. Reducing the number of soot particles emitted by aircraft engines decreases the number of ice crystals in contrails, which in turn reduces the climate impact of contrail cirrus. However, "larger reductions than the projected 50% decrease in soot number emissions are needed," says Burkhardt. She adds that even 90% reductions would likely not be enough to limit the climate impact of contrail cirrus to 2006 levels.

Another often discussed mitigation method is rerouting flights to avoid regions particularly sensitive to the effects of contrail formation. But Bock and Burkhardt caution about applying measures to reduce the climate impact of short-lived contrail cirrus that could result in increases in long-lived CO2 emissions, in particular given the uncertainties in estimating the climate impact of contrail cirrus. They say that measures to reduce soot emissions would be preferable to minimise the overall radiative forcing of future air traffic since they do not involve an increase of CO2 emissions.