The unusual appearance of deep-sea fish like the oarfish or slender ribbonfish in Japanese shallow waters does not mean that an earthquake is about to occur, according to a new statistical analysis.

The study published in the Bulletin of the Seismological Society of America contradicts long-held Japanese folklore that deep sea fish sightings are a sign of an imminent earthquake, say Yoshiaki Orihara of Tokai University in Japan and colleagues.

When the researchers examined the relationship between deep-sea fish appearances and earthquakes in Japan, however, they found only one event that could have been plausibly correlated, out of 336 fish sightings and 221 earthquakes.

"As a result, one can hardly confirm the association between the two phenomena," the authors write in the BSSA paper.

The study included data from November 1928 to March 2011, looking at records of deep-sea fish appearances 10 and 30 days ahead of earthquakes that occurred 50 and 100 kilometers away from the fish sighting 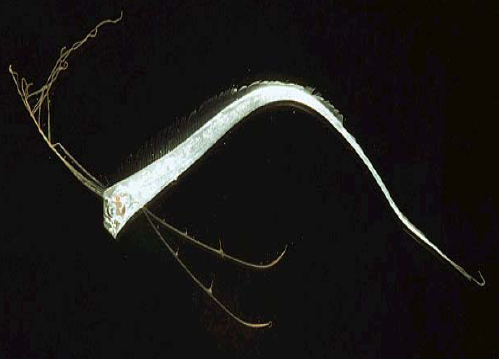 They confined their search to earthquakes of magnitude 6.0 or larger, since these are the earthquakes that have been linked to "precursor phenomena like unusual animal behavior in previous reports," said Orihara.

Orihara became interested in the deep-sea fish stories after the 2011 magnitude 9.0 Tohoku earthquake in Japan. If the stories were true, he said, deep-sea fish appearances could be used in disaster mitigation efforts.

"From this motivation, we started compiling the event catalog for statistical study," said Orihara. "There were some previous papers to survey deep-sea fish appearances. However, their reports were insufficient for a statistical study. To collect a lot of events, we focused on local newspapers that have often reported the events."

The researchers scoured a digitized database of newspaper articles to find mentions of the unusual appearance of deep-sea fish that folklore says will appear before an earthquake, including oarfish, several kinds of ribbonfish, dealfish and the unicorn crestfish.

Orihara said that he and his colleagues expect that their results "will have an influence on people who believe the folklore," and they hope that their findings will be shared throughout Japan.