Animals Band Together in Times of Trouble

Conflict between rival groups is common throughout the animal world, from ants to chimpanzees, but its consequences have been little studied. Using field experiments on a wild population of dwarf mongooses, the new study, published in Behavioral Ecology, shows that the threat of conflict with outsiders can cause changes in a range of within-group behaviors.

Group of dwarf mongooses which respond to threats of rival groups with various changes in within-group behavior. 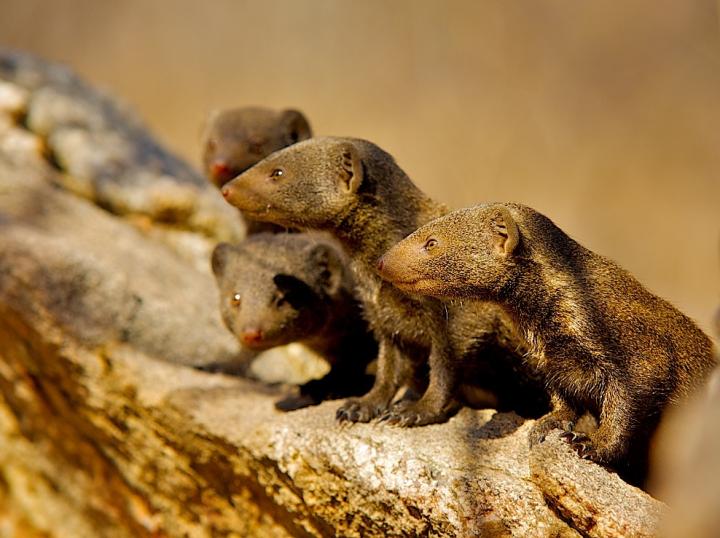 
Amy Morris-Drake, PhD student and lead author from Bristol's School of Biological Sciences, said: "Much is known about the behaviour that occurs when groups of the same species actually interact with one another. However, we have shown that the threat of between-group battles can lead to increases in within-group cooperation, including greater grooming of groupmates and contributions to sentinel duty (acting as a raised guard)."

Andy Radford, Professor of Behavioural Ecology and co-author, also from Bristol, added: "Experimental tests of the consequences of out-group conflict are extremely rare, especially on wild animals. By working with groups of dwarf mongooses habituated to our close presence, we could collect detailed observations and conduct experimental manipulations in natural conditions."

It is often suggested that one reason for the high levels of co-operation in human societies is the need to stand together in times of war. This new study demonstrates the basis for a similar link in non-human animals.

Amy Morris-Drake explained: "We tested our theories by simulating territorial intrusions of rival groups. To do so, we used call playbacks and faecal presentations, creating the impression that trouble-makers had crossed the border into a group's own land."

Dwarf mongoose acting as a sentinel (raised guard) a cooperative act that increases following detection of cues from rival groups. 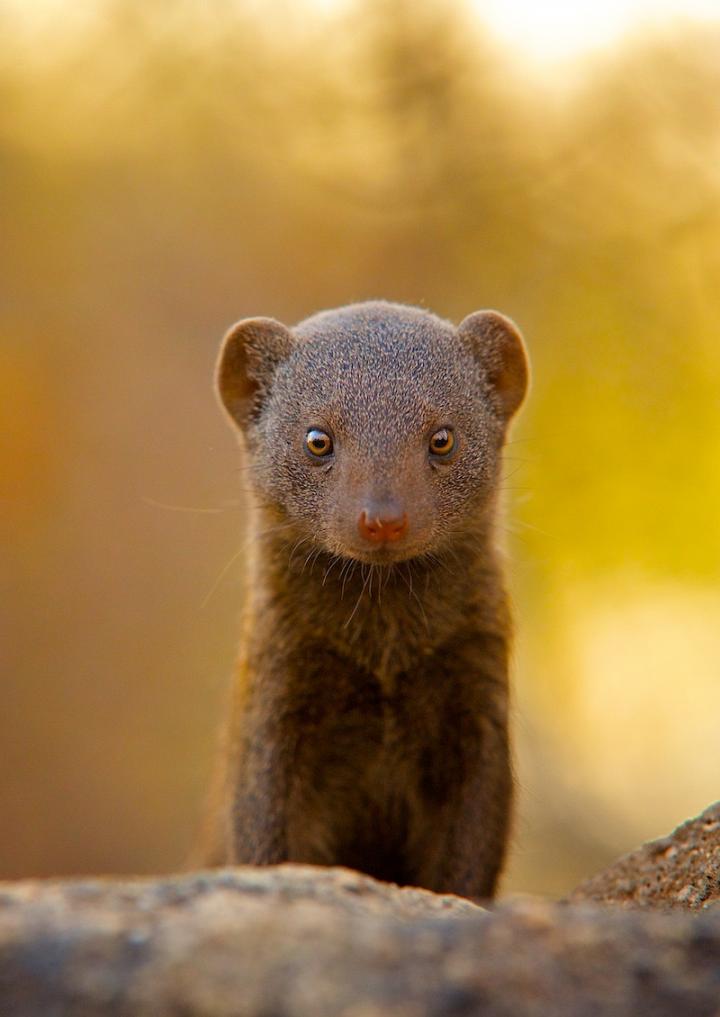 Professor Radford continued: "We then carefully observed the behaviour of the resident group after they had interacted with the cues of rivals, and found differences compared to control conditions. Individuals groomed one another more and foraged closer together, potentially due to higher anxiety levels; their increase in sentinel behaviour was likely an attempt to gather more information about the threat."

The new work suggests that if we are to understand the importance of warfare on societies, we must consider threats as well as actual fights. Additionally, we need to investigate not just actions on the battleground but the knock-on consequences too.

The European Research Council [ERC]-funded study was conducted as part of the Dwarf Mongoose Project, which has studied habituated wild groups continuously since 2011. The study animals are individually marked with blonde hair dye, are trained to climb onto a balance scale to weigh themselves and can be watched from a few feet away as they go about their natural behaviour in ecologically valid conditions.