The Levänluhta water burial site, dating back to the Iron Age (300-800 CE), is one of Finland's most famous archaeological sites. Nearly one hundred individuals, mainly women or children, were buried in a lake located at Isokyrö in SW Finland, during the Iron Age. Some of the deceased were accompanied by arm rings and necklaces made out of copper alloy, bronze or brass.

Style of jewellery domestic but material from abroad

"The origin of the metals used in these pieces of jewellery was determined on the basis of the objects' geochemical and lead isotope compositions. The jewellery of the deceased is stylistically typical Finnish Iron Age jewellery, making it probable that they were cast in local workshops. However, the metals used to make these objects are unlikely to be originally from the region, since copper ores had not yet been discovered here during the Iron Age," says Elisabeth Holmqvist-Sipilä, a postdoctoral researcher.

Archaeological findings of Levänluhta in the Finnish National Museum's exhibition. In the front arm rings and necklaces found from the burial site, made out of copper alloy. 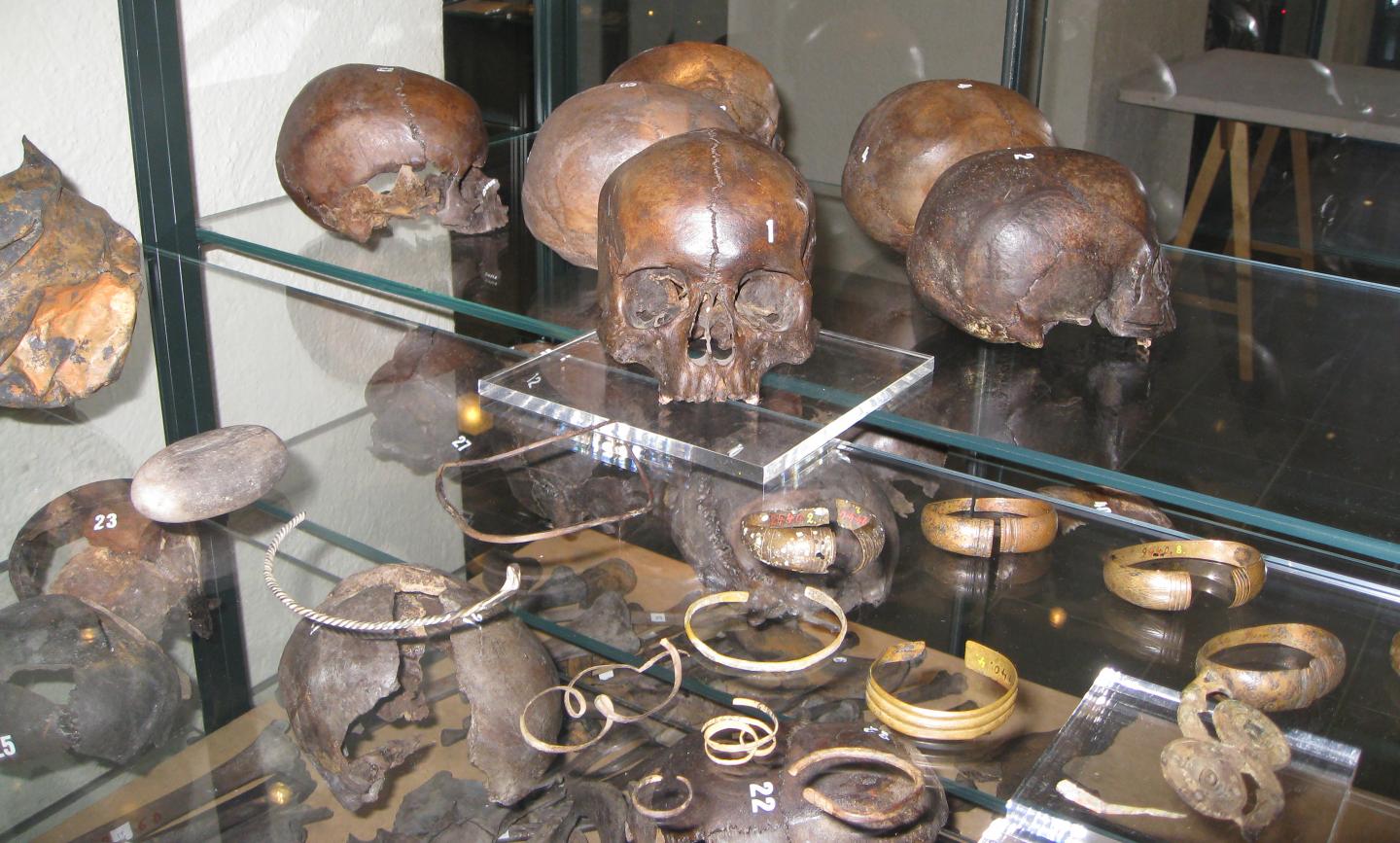 Up to now, archaeologists have assumed that copper used in the Iron Age came mainly from the copper ores discovered in southern Scandinavia. However, this interpretation has in recent years been called into question, since the copper found in archaeological metal discoveries in Sweden has also been determined to be imported.

In a study conducted in collaboration between archaeologists at the University of Helsinki and the Geological Survey of Finland, the origin of the bronze and brass jewellery found at Levänluhta was investigated by comparing their geochemical composition and lead isotope ratios to known copper ores in Finland, Sweden and elsewhere in Europe. The study was published in the Journal of Archaeological Science: Reports.

"The results demonstrate that the copper used in the objects was not from Finland or the nearby regions; rather, it has travelled to Finland along extensive exchange networks, most likely from southern Europe," says Holmqvist-Sipilä.

Based on the lead isotope ratios, the copper in the objects has its origins in the copper ores found in Greece and Bulgaria. These regions produced a large quantity of copper in the Bronze and Iron Age, which spread around Europe as various object forms, distributed as presents, loot and merchandise. Metals were also recycled by melting old objects into raw material for new casts. It may be possible that metals that ended up in Finland during the Bronze Age were recycled in the Levänluhta region.

The findings of this project, funded by the Emil Aaltonen Foundation, demonstrate that products of the copper exchange network of continental Europe also reached Finland across the Baltic Sea, thus making it possible to link the region with the extensive copper exchange system known to have extended throughout Europe. The results also illustrate the temporally and technologically multi-layered nature of prehistoric metal artefacts: raw materials found their way here through a number of hands, most likely over a long period of time and across very great distances. In domestic artisan workshops, these metals of international origin were manufactured into pieces of jewellery in domestic Iron Age fashion, perhaps embodying the local identity and place of residence of the bearer.