Simple Test Can Tell If You're Stressed Out


Would you like to know if you are stressed out.

Stress is often called "the silent killer" because of its stealthy and mysterious effects on everything from heart disease to mental health. University of Cincinnati engineers are developing a home-testing kit that can measure stress hormones in sweat, blood, urine or saliva.

Now researchers at the University of Cincinnati have developed a new test that can easily and simply measure common stress hormones using sweat, blood, urine or saliva. Eventually, they hope to turn their ideas into a simple device that patients can use at home to monitor their health. 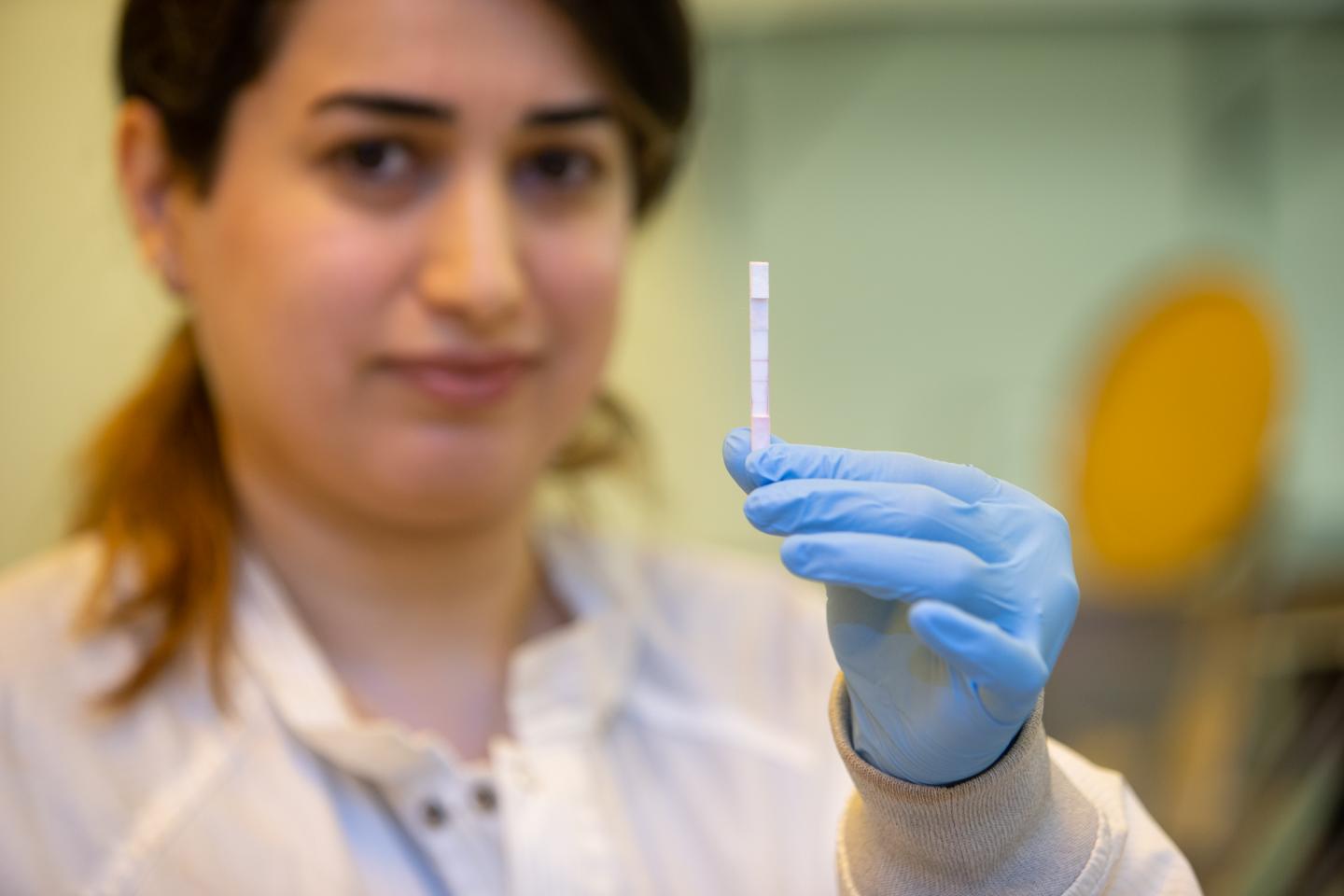 The results were published this month in the journal American Chemical Society Sensors.

“I wanted something that’s simple and easy to interpret,” said Andrew Steckl, an Ohio Eminent Scholar and professor of electrical engineering in UC’s College of Engineering and Applied Science.

“This may not give you all the information, but it tells you whether you need a professional who can take over,” Steckl said.

The breakthrough was made possible because of UC's commitment to research as described in its strategic plan called Next Lives Here.

UC researchers developed a device that uses ultraviolet light to measure stress hormones in a drop of blood, sweat, urine or saliva. These stress biomarkers are found in all of these fluids, albeit in different quantities, Steckl said.

"It measures not just one biomarker but multiple biomarkers. And it can be applied to different bodily fluids. That's what's unique," he said.

Steckl has been studying biosensors for years in his Nanoelectronics Laboratory. The latest journal article is part of a series of research papers his group has written on biosensors, including one that provides a review of methods for point-of-care diagnostics of stress biomarkers. 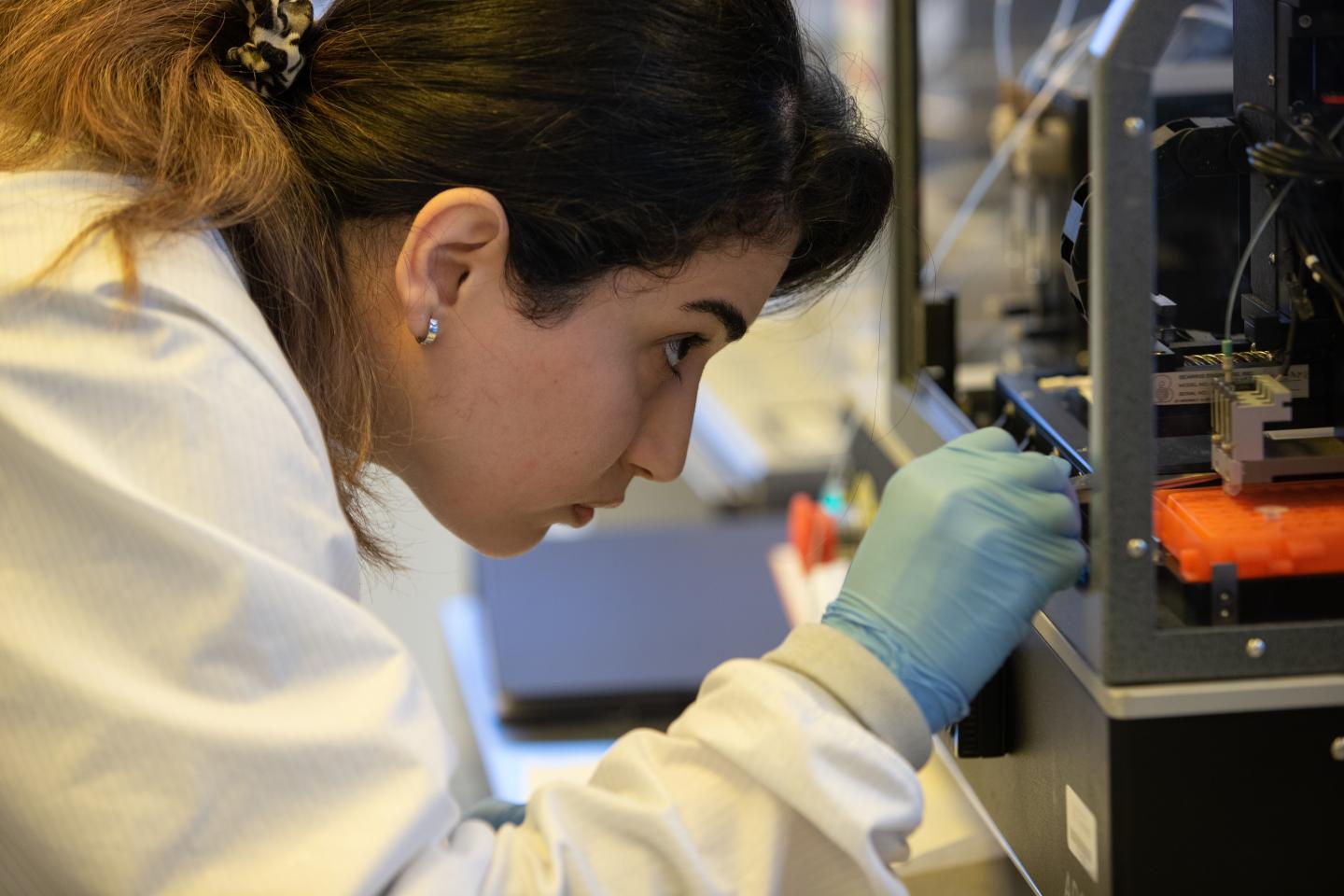 Personal experience helping his father with a health crisis informed his research and opinion that a home test for various health concerns would be incredibly helpful.

"I had to take him quite often to the lab or doctor to have tests done to adjust his medication. I thought it would be great if he could just do the tests himself to see if he was in trouble or just imagining things," Steckl said. "This doesn't replace laboratory tests, but it could tell patients more or less where they are."

UC received grant funding for the project from the National Science Foundation and the U.S. Air Force Research Lab. Steckl said the military studies acute stress in its pilots and others who are pushing the edges of human performance.

"Pilots are placed under enormous stress during missions. The ground controller would like to know when the pilot is reaching the end of his or her ability to control the mission properly and pull them out before a catastrophic ending," Steckl said.

But the UC device has widespread applications, Steckl said. His lab is pursuing the commercial possibilities.

"You're not going to replace a full-panel laboratory blood test. That's not the intent," Steckl said. "But if you're able to do the test at home because you're not feeling well and want to know where you stand, this will tell whether your condition has changed a little or a lot."

UC graduate Prajokta Ray, the study's first author, said she was excited to work on such a pressing problem for her Ph.D. studies.

"Stress harms us in so many ways. And it sneaks up on you. You don't know how devastating a short or long duration of stress can be," Ray said. "So many physical ailments such as diabetes, high blood pressure and neurological or psychological disorders are attributed to stress the patient has gone through. That's what interested me."

Ray said taking exams always gave her stress. Understanding how stress affects you individually could be extremely valuable, she said.

"Stress has been a hot topic over the past couple years. Researchers have tried very hard to develop a test that is cheap and easy and effective and detect these hormones in low concentrations," she said. "This test has the potential to make a strong commercial device. It would be great to see the research go in that direction."

UC is at the forefront of biosensor technology. Its labs are examining continuous sweat testing and point-of-care diagnostics for everything from traumatic brain injury to lead poisoning.

Steckl, too, has been a preeminent innovator at UC. His papers have been cited more than 13,000 times, according to Google Scholar. In 2016, he used salmon sperm, a common byproduct of the fishing industry, to replace rare earth metals used in light-emitting diodes for a new kind of organic LED.

"We're device engineers at heart," Steckl said. "We don't shy away from things we don't know much about to begin with. We look for opportunities. That's a hallmark of electrical engineers. We're not smart enough not to go where we shouldn't. Sometimes that pays off!"