An electrochemical ‘leaf’can efficiently convert CO₂ from gas into carbon based fuels and chemicals, helping combat the threat of atmospheric carbon dioxide.

A team of scientists has created a bowl-shaped copper-indium electrode with ‘hot edges’ which can efficiently convert CO₂ from gas into carbon based fuels and chemicals, helping combat the climate change threat posed by atmospheric carbon dioxide.

The research team, from the University of Bath, Fudan University, Shanghai, and the Shanghai Institute of Pollution Control and Ecological Security, hopes the catalyst design will eventually allow the use of renewable electricity to convert CO₂ into fuels without creating additional atmospheric carbon – essentially acting like an electrochemical ‘leaf’ to convert carbon dioxide into sugars.

Overview of photosynthesis and respiration. Carbon dioxide (at right), together with water, form oxygen and organic compounds (at left) by photosynthesis, which can be respired to water and CO₂ 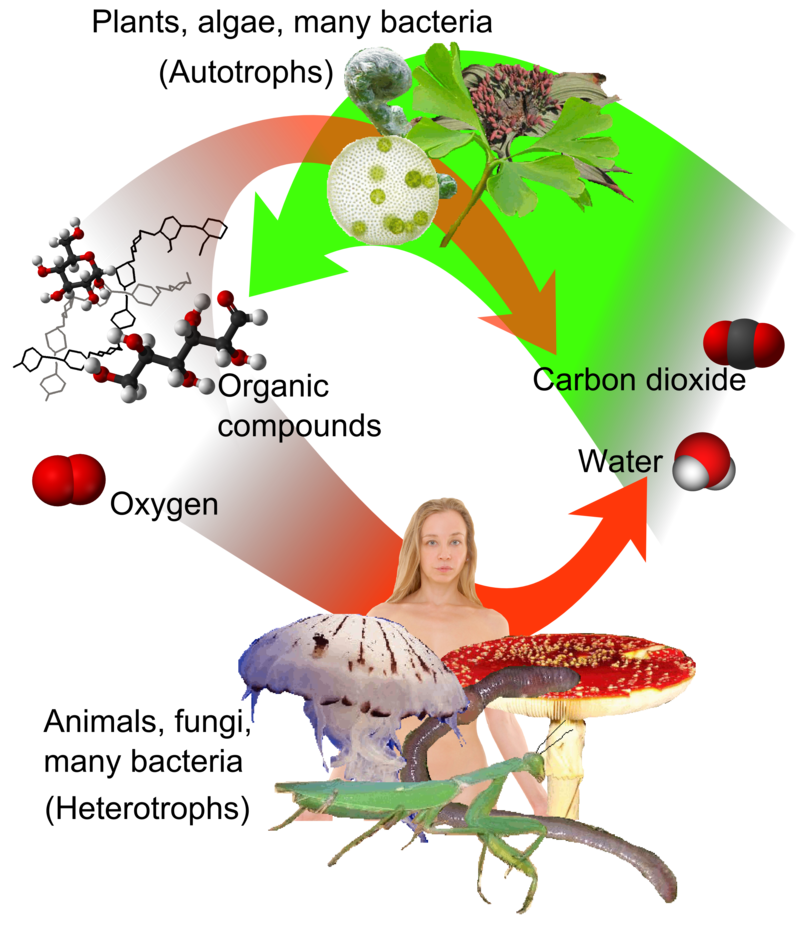 
Using this reaction, known as the reduction of carbon dioxide, has exciting potential but two major obstacles are poor conversion efficiency of the reaction and a lack of detailed knowledge about the exact reaction pathway.

This new electrode addresses these challenges with higher conversion efficiency and sensitive detection of molecules created along the reaction’s progress – thanks to its innovative shape and construction. The bowl shaped electrode works six times faster than standard planar – or flat – designs.

The bowl-like shape of the design, technically known as an “inverse opal structure” concentrates electric fields on its hot edges – the rim of the bowl – which then concentrates positively charged potassium ions on the active sites of the reaction, reducing its energy requirements.

The copper-indium alloy electrode can also be useful to sensitively study the reaction process via measuring the Raman signal, which is higher compared to a typical electrode.

The study is published in the Royal Society of Chemistry’s Journal of Materials Chemistry A.

Professor Ventsislav Valev, from the University of Bath’s Department of Physics, said: “There is no more pressing human need than breathing. Yet for hundreds of million people this most basic activity is a source of anxiety over lowering life expectancy, rising child mortality and climate change. There is evidence that CO₂ increases surface ozone, carcinogens, and particulate matter, thereby increasing death, asthma, hospitalization, and cancer rates. It is therefore crucial to keep researching new ways for lowing the CO₂ levels in the atmosphere.”

The team wants to continue research to develop the most efficient catalyst to perform carbon reduction.

Professor Liwu Zhang, from Fudan University, said: “CO₂ is causing climate change, making our planet warmer. By using clean electricity, we can convert CO2 into chemical fuels, which can be used again. This builds a cycle of CO₂, with no increment of CO₂ concentration and will help save our world.

This figure shows the history of atmospheric carbon dioxide concentrations as directly measured at Mauna Loa, Hawaii since 1958. This curve is known as the Keeling curve, and is an essential piece of evidence of the man-made increases in greenhouse gases that are believed to be the cause of global warming. The longest such record exists at Mauna Loa, but these measurements have been independently confirmed at many other sites around the world 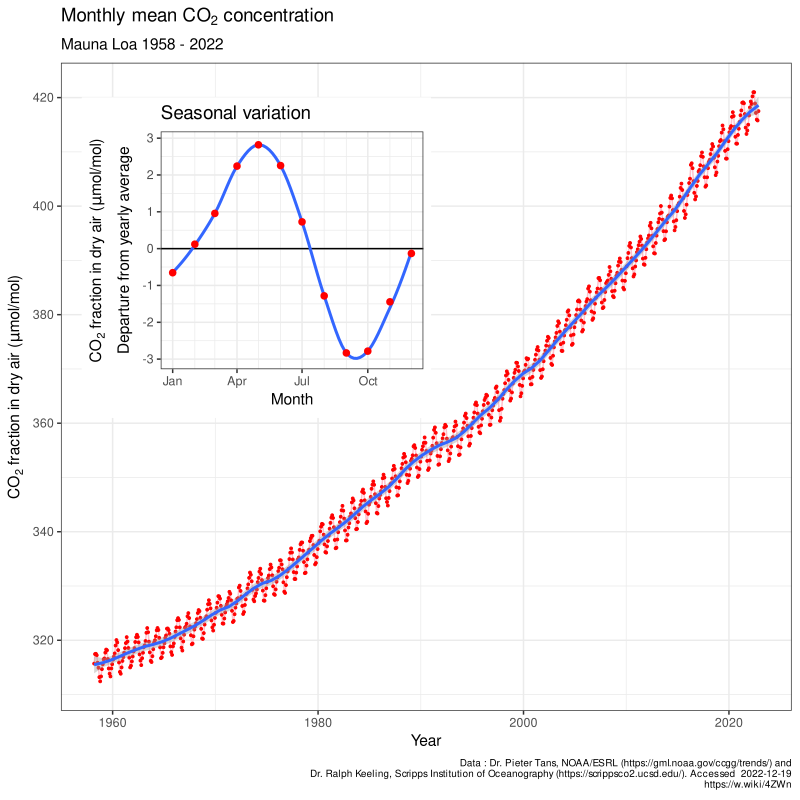 “However, to improve the efficiency of transforming CO₂ into chemical fuels, it is extremely important to know the reaction pathway, and find the most suitable catalyst.

“Just as plants transform CO₂ into sugar we are finding suitable electrochemical ‘leaf’ for CO₂ conversion.”

The study: “Hot edges” in an inverse opal structure enable eﬃcient CO₂ electrochemical reduction and sensitive in situ Raman characterization” is published in Journal of Materials Chemistry A.

The study was funded by the Ministry of Science and Technology of the People's Republic of China, and National Natural Science Foundation of China, the Engineering and Physical Sciences Research Council(EPSRC) Centre for Doctoral Training in Condensed Matter Physics (CDT-CMP), and the Royal Society.