Early human beings who lived around 120,000 years ago in South Africa were g who were able to exploit their environment intelligently for suitable food and medicines.

New discoveries made at the Klasies River Cave in South Africa's southern Cape, where charred food remains from hearths were found, provide the first archaeological evidence that anatomically modern humans were roasting and eating plant starches, such as those from tubers and rhizomes, as early as 120,000 years ago.

The Klasies River cave in the southern Cape of South Africa. 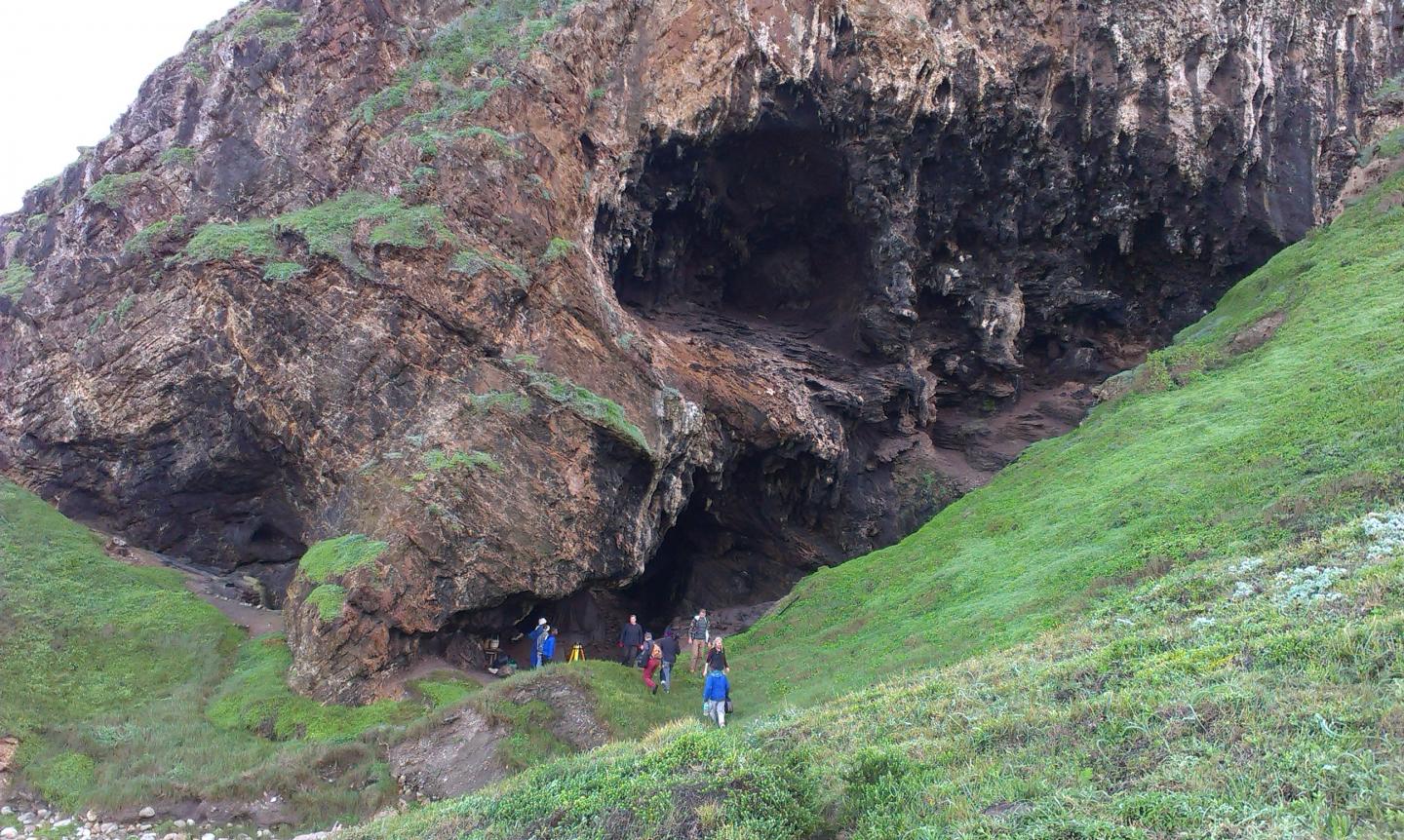 The new research by an international team of archaeologists, published in the Journal of Human Evolution, provides archaeological evidence that has previously been lacking to support the hypothesis that the duplication of the starch digestion genes is an adaptive response to an increased starch diet.

"This is very exciting. The genetic and biological evidence previously suggested that early humans would have been eating starches, but this research had not been done before," says Lead author Cynthia Larbey of the Department of Archaeology at the University of Cambridge. The work is part of a systemic multidisciplinary investigation into the role that plants and fire played in the lives of Middle Stone Age communities.

The interdisciplinary team searched for and analysed undisturbed hearths at the Klasies River archaeological site.

"Our results showed that these small ashy hearths were used for cooking food and starchy roots and tubers were clearly part of their diet, from the earliest levels at around 120,000 years ago through to 65,000 years ago," says Larbey. "Despite changes in hunting strategies and stone tool technologies, they were still cooking roots and tubers."

Professor Sarah Wurz from the School of Geography, Archaeology and Environmental Studies at the University of the Witwatersrand in Johannesburg, South Africa (Wits University) and principal investigator of the site says the research shows that "early human beings followed a balanced diet and that they were ecological geniuses, able to exploit their environments intelligently for suitable foods and perhaps medicines".

By combining cooked roots and tubers as a staple with protein and fats from shellfish, fish, small and large fauna, these communities were able to optimally adapt to their environment, indicating great ecological intelligence as early as 120 000 years ago.

Cynthia Larbey points to an area where parenchyma were found in 65,000 year old hearths at Klasies River Cave. "Starch diet isn't something that happens when we started farming, but rather, is as old as humans themselves," says Larbey. Farming in Africa only started in the last 10 000 years of human existence.

Humans living in South Africa 120 000 years ago formed and lived in small bands.

"Evidence from Klasies River, where several human skull fragments and two maxillary fragments dating 120 000 years ago occur, show that humans living in that time period looked like modern humans of today. However, they were somewhat more robust," says Wurz.

Klasies River is a very famous early human occupation site on the Cape coast of South Africa excavated by Wurz, who, along with Susan Mentzer of the Senckenberg Institute and Eberhard Karls University of Tübingen, investigated the small (c. 30cm in diameter) hearths.

The Klasies River cave in the southern Cape of South Africa. 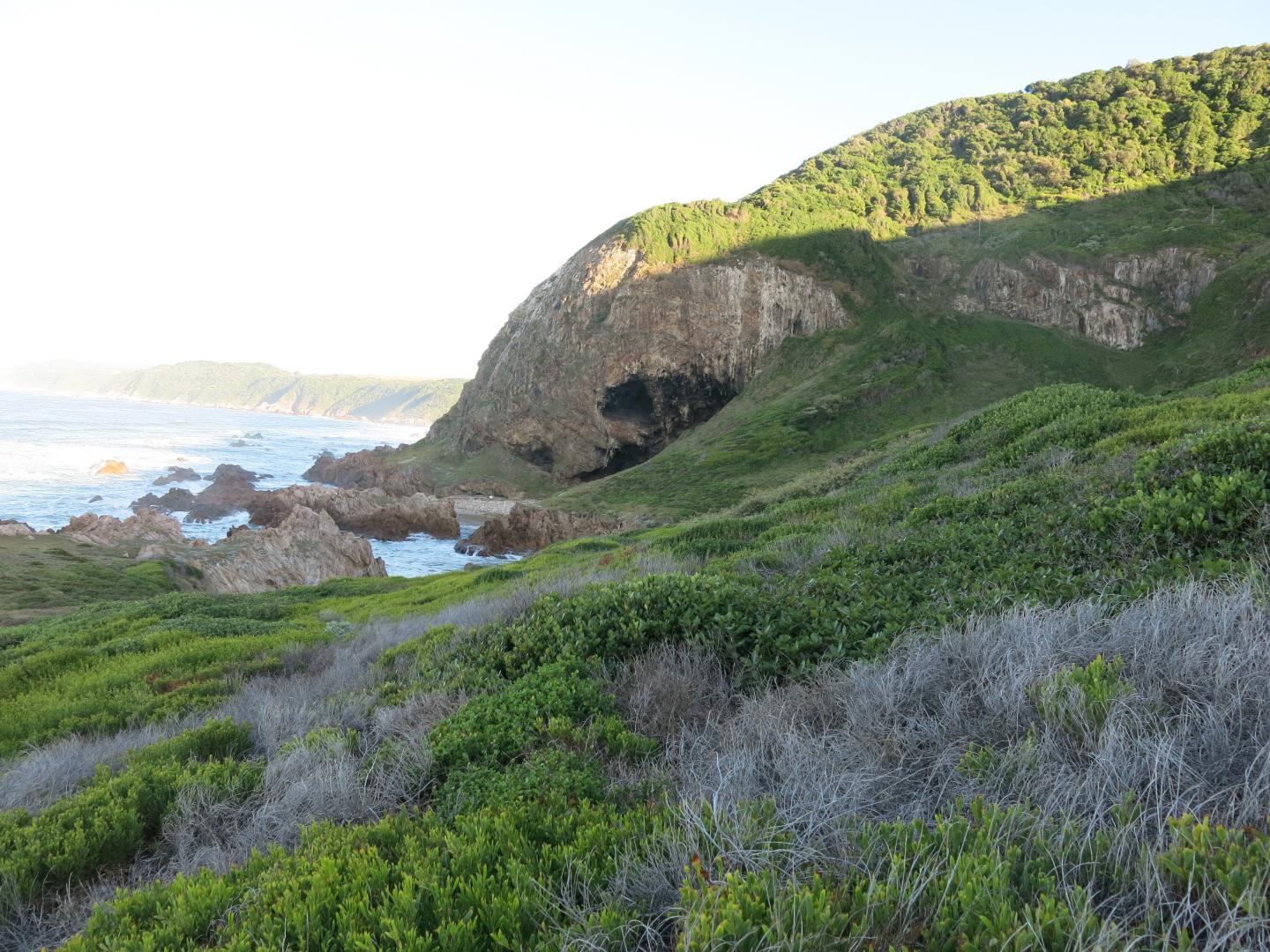 The research to look for the plant materials in the hearths was inspired by Prof Hilary Deacon, who passed on the Directorship of the Klasies River site on to Wurz. Deacon has done groundbreaking work at the site and in the 1990's pointed out that there would be plant material in and around the hearths. However, at the time, the micro methods were not available to test this hypothesis.