A cashless world will hurt the poor most according to new research.

As the UK heads towards a cashless society, experts have warned changes to infrastructure – including easy access to free ATMs - are leaving some of the most deprived communities behind.

New research from the University of Bristol's Personal Finance Research Centre shows deprived neighborhoods, often those where people are most likely to rely on cash, are rapidly witnessing the disappearance of their free cashpoints. 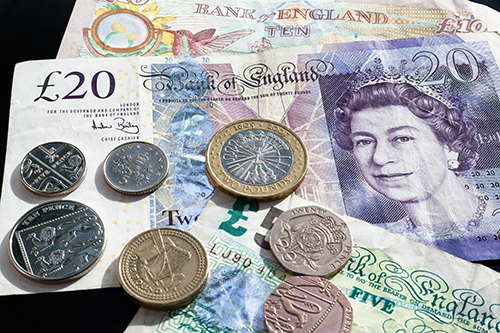 The study mapped the cash infrastructure within Bristol – one of the UK’s largest and wealthiest cities, which also has areas with some of the highest levels of deprivation in the country.

It found 'stark differences' in access to cash between different types of neighbourhoods, with bank branches and free cashpoints concentrated in areas of economic activity.

ATMs in more deprived areas tend to be owned by cash machine firms, such as Cardtronics and Notemachine, which are increasingly charging users to withdraw money.

Recent research from consumer group Which? revealed around 1,700 cashpoints nationwide changed from free to fee-charging at the start of 2019, due to lower overall demand for cash and a recent drop in the fee paid by banks when someone withdraws cash from another company’s ATM.

In the University of Bristol’s study, over two-thirds of the ATMs which became fee-charging in Bristol between October 2018 and March 2019 were within particularly deprived neighbourhoods.

A quarter of ATMs in Bristol have no alternative within 250m in the event of their closure or a malfunction, while 49 per cent of fee-charging ATMs have no free alternative within 250m. This may have negative impacts for those with mobility issues and risks creating cash deserts, the researchers warn in their report.

The Post Office network, given its position within local communities, is therefore a crucial asset moving forward. However, the research shows branches in deprived communities are far less likely to provide banking services.

Although the speed and convenience of digital payments – both online and on the high street – will benefit many, a sizeable proportion of the UK population continues to depend on cash.

Dr Daniel Tischer, Lecturer in Political Economy and Organisation Studies in the University of Bristol’s School of Management, said: "As part of our research, we regularly encountered people who found it difficult to access mainstream banking products.

"They do not use digital payments because they find it easier to manage their money in cash, and simply had a lack trust in digital banking. For these people, cash very much continues to be king.

"It's important to understand the way in which access to cash is changing for the UK population. Much of the debate to-date has focused on the overall number of ATMs or bank branches in the UK, without much understanding of the importance of geography – but where these ATMs are makes a big difference.

"While a future without cash may be almost inevitable, if the patterns found in Bristol are replicated nationally, it is likely that we’ll see a return to old geographies of financial exclusion, with deprived communities struggling most as cash becomes less common."

Recent statistics paint a damning picture for cash usage: while it accounted for 62 per cent of all payments by volume in 2006, this dropped to 40 per cent in just a decade and is predicted to fall yet further to 21 per cent by 2026.[3]

Digital payments, on the other hand, are trending strongly in the opposite direction: contactless payments in December 2018 in the UK were 28 per cent higher than the same month in the previous year (at 691 million in total), while the total number of card transactions increased by 12 per cent over the same period.[4]

The Access to Cash Review, published earlier this year, surveyed 2,000 consumers in the UK and found 47 per cent would find it personally problematic if there was no cash in society.

The report’s co-author, Jamie Evans from the Personal Finance Research Centre, said: "Despite the rise in digital payments, cash remains key to day-to-day economic activity - especially for many marginalised and vulnerable people in our society. Communities need to be able to access cash, but the market is not currently functioning in their best interests. Ironically, those who are best served appear to be those who are most likely to use digital payments.

"The provision of cash infrastructure appears not to reflect the geographical need for it by some of the older and less well-off residents. Future policy should seek to understand the needs of such groups and take these more fully into account."

The research has given rise to a new comparison tool called the Availability of Cash Index (or AvCash Index) which can be used to measure access to cash within local neighbourhoods. It will identify those areas most at risk of becoming urban cash deserts should ATMs close or be temporarily out of service.

Co-author Sara Davies added: "Our research raises questions about the extent to which cash provision has been driven not by the needs of consumers but by the needs of financial services organisations, with profitability ultimately coming at the detriment of those who still depend on cash.

"It's important to recognise that those who depend on cash are not just consumers; over three quarters of convenience store customers pay by cash, and it’s fundamental to businesses such as taxi drivers or window cleaners."