The winds howl louder. Waves climb higher.  Oceans grow stormier. Serious events are more frequent.  It's a worldwide trend.  They looked 4 billion times to be sure.

Extreme ocean winds and wave heights are increasing around the globe, with the largest rise occurring in the Southern Ocean, University of Melbourne research shows.

The measurements were compared with more than 80 ocean buoys deployed worldwide, making it the largest and most detailed dataset of its type ever compiled.

As the world’s oceans become stormier, Professor Young warns this has flow on effects for rising sea levels and infrastructure. 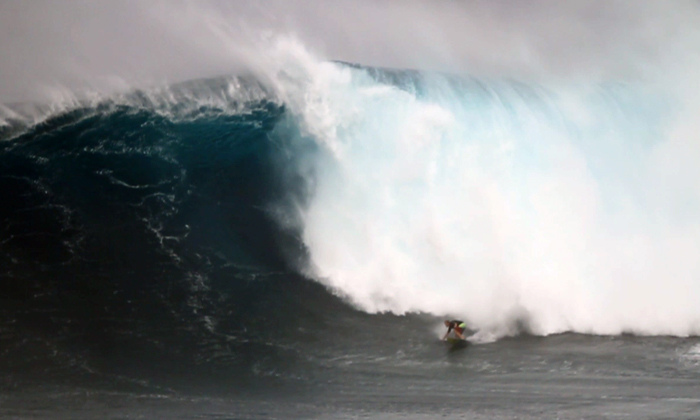 “Although increases of 5 and 8 per cent might not seem like much, if sustained into the future such changes to our climate will have major impacts,” Professor Young said.

“Increases in wave height, and changes in other properties such as wave direction, will further increase the probability of coastal flooding.”

Professor Young said understanding changes in the Southern Ocean are important, as this is the origin for the swell that dominates the wave climate of the South Pacific, South Atlantic and Indian Oceans.

“Swells from the Southern Ocean determine the stability of beaches for much of the Southern Hemisphere, Professor Young said.

“These changes have impacts that are felt all over the world. Storm waves can increase coastal erosion, putting costal settlements and infrastructure at risk.”

International teams, including the University of Melbourne, are now working to develop the next generation of global climate models to project changes in winds and waves over the next 100 years.

“We need a better understanding of how much of this change is due to long-term climate change, and how much is due to multi-decadal fluctuations, or cycles,” Professor Young said.

The research was published today in Science.