Why Playing in the Dirt Can Harm a Boy's Brain

Playing in the dirt is dangerous now.  It can make a boy stupid and screw up his brain.

Soil contamination has long been recognized as a contributor to lead exposure in people and is now a health concern worldwide. In a new study, researchers sought to estimate the causal effects of exposure to lead in topsoil on the cognitive ability of 5-year-olds in the United States.

The study found that higher lead in topsoil significantly increases the probability that 5-year-old boys will have cognitive difficulties but does not seem to affect 5-year-old girls. The researchers found the adverse effects in boys even in U.S. counties where the government considers the levels of lead concentration in the soil to be low. 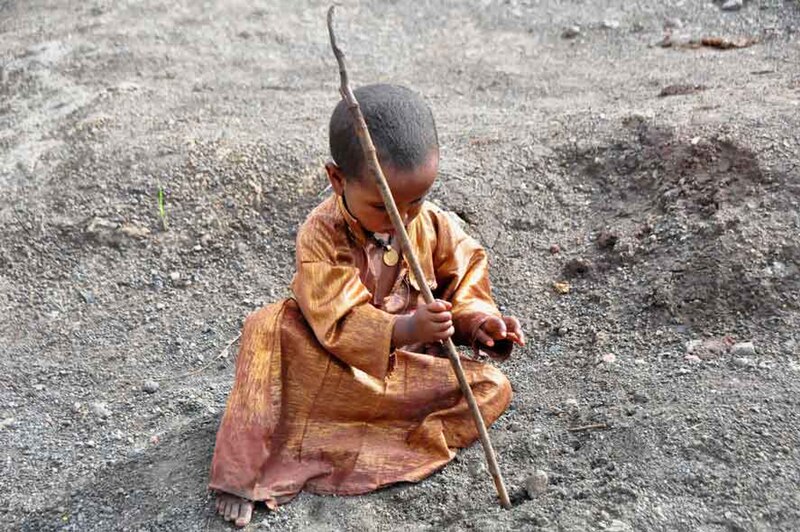 The study, by researchers at Carnegie Mellon University, is published in Economics and Human Biology.

“These findings strengthen our understanding of the adverse effects of lead exposure on children's cognitive development,” says Edson Severnini, assistant professor of economics and public policy at Carnegie Mellon University’s Heinz College, who was part of the study. “They are concerning because they suggest that lead may continue to impair cognition.”

The study used individual-level data on preschool-age children from the 2000 Census, which asked whether individuals ages 5 and older had experienced any cognitive difficulties that lasted at least six months. The researchers looked at 5-year-olds because they wanted to examine the effects of lead before the start of formal schooling, and because age 5 is within the range described by the U.S. National Toxicology Program as having the highest rate of ingestion of lead from soil due to hand-to-mouth behavior.

The study also examined data from the U.S. Geological Survey on lead in topsoil in the 252 largest counties in the United States, counties with 100,000 people or more and that represent 45 percent of the U.S. population. Researchers also considered a variety of other factors, including issues associated with climate, the economy, demographics, and housing, as well as other topics related to counties and children’s attributes.

To estimate the causal effect on cognition of exposure to lead through contaminated soil, the researchers used instrumental variable methods. Because it would be unethical running an experiment in this context, the approach used a variable that quasi-experimentally assigned more lead in topsoil to a group of counties, and less to another group. That variable is the so-called instrument.

Because lead emissions by vehicles were an important source of topsoil contamination in the United States before lead additives were removed from gas in 1996, the study used the 1944 Interstate Highway System Plan as an instrument. The plan predicted the placement of interstate highways, and therefore predicted where lead was accumulated in soil over several decades. As a result, children growing up in counties near those new highways had more exposure to lead in the soil in the 2000s than children in counties that did not have any part of the highway system.

Higher lead in topsoil considerably increased the likelihood that 5-year-old boys would have cognitive problems such as learning, remembering, concentrating, or making decisions. Living in counties with concentration of lead in topsoil that was above the national median roughly doubled the probability of these boys having cognitive difficulties. But 5-year-old girls were not affected, perhaps because they are naturally protected by estrogen, the authors suggest.

The study found adverse effects on the boys from exposure to lead even in counties with levels of lead concentration in topsoil that are considered low according to guidelines from the U.S. Environmental Protection Agency (EPA) and state agencies that address these issues.

“Our study provides new evidence of the damaging effect of lead on cognitive development, even in areas with low lead concentration,” notes Karen Clay, professor of economics and public policy at Heinz College, who coauthored the study. “This indicates the need for further monitoring of soil in urban areas and suggests that the EPA should revise its standards for acceptable levels of lead in soil.”

The research was funded by Heinz College and the Earhart Foundation.