You can smell with your tongue and and that sensory pathway may be a way to combat diet-related diseases such as obesity and diabetes by the development of odor-based taste modifiers.

Scientists from the Monell Center report that functional olfactory receptors, the sensors that detect odors in the nose, are also present in human taste cells found on the tongue. The findings suggest that interactions between the senses of smell and taste, the primary components of food flavor, may begin on the tongue and not in the brain, as previously thought.

"Taste buds contain the taste receptor cells, which are also known as gustatory cells. The taste receptors are located around the small structures known as papillae found on the upper surface of the tongue, soft palate, upper esophagus, the cheek, and epiglottis. These structures are involved in detecting the five elements of taste perception: salty, sour, bitter, sweet and umami. A popular myth assigns these different tastes to different regions of the tongue; in reality these tastes can be detected by any area of the tongue." 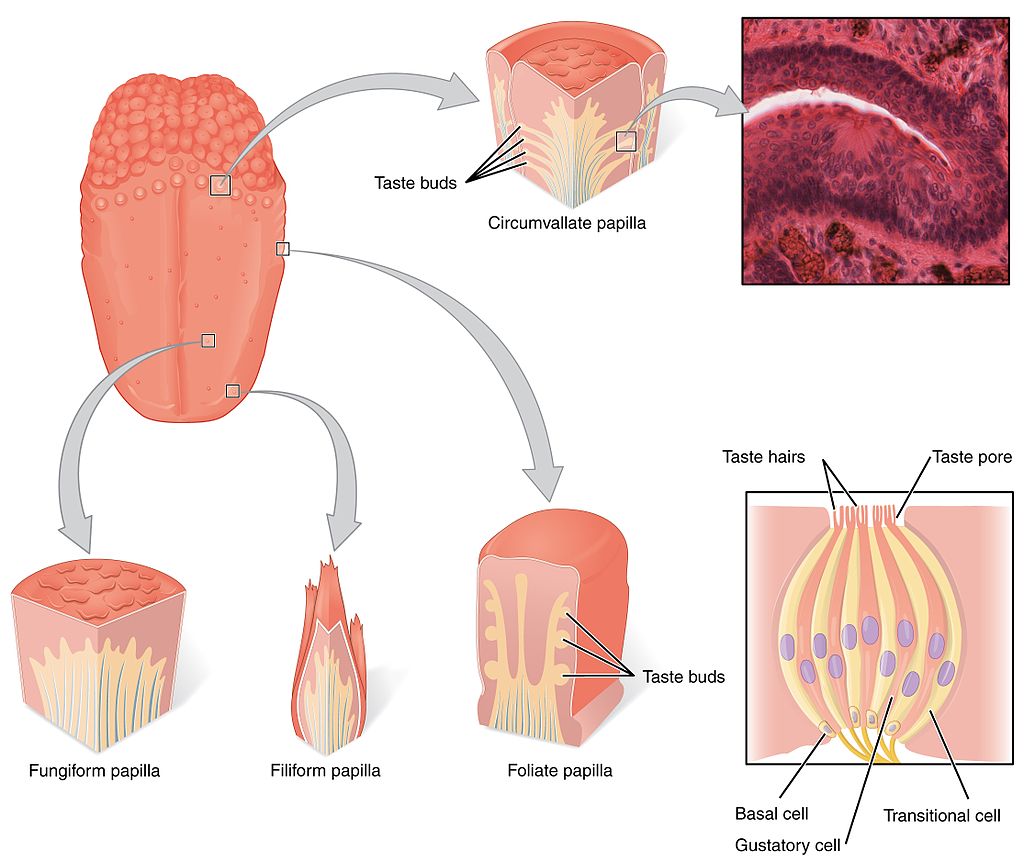 "Our research may help explain how odor molecules modulate taste perception," said study senior author Mehmet Hakan Ozdener, MD, PhD, MPH, a cell biologist at Monell. "This may lead to the development of odor-based taste modifiers that can help combat the excess salt, sugar, and fat intake associated with diet-related diseases such as obesity and diabetes."

While many people equate flavor with taste, the distinctive flavor of most foods and drinks comes more from smell than it does from taste. Taste, which detects sweet, salty, sour, bitter, and umami (savory) molecules on the tongue, evolved as a gatekeeper to evaluate the nutrient value and potential toxicity of what we put in our mouths. Smell provides detailed information about the quality of food flavor, for example, is that banana, licorice, or cherry? The brain combines input from taste, smell, and other senses to create the multi-modal sensation of flavor.

Until now, taste and smell were considered to be independent sensory systems that did not interact until their respective information reached the brain. Ozdener was prompted to challenge this belief when his 12-year-old son asked him if snakes extend their tongues so they can smell.

"Fungiform papillae - as the name suggests, these are slightly mushroom-shaped if looked at in longitudinal section. These are present mostly at the dorsal surface of the tongue, as well as at the sides. Innervated by facial nerve." 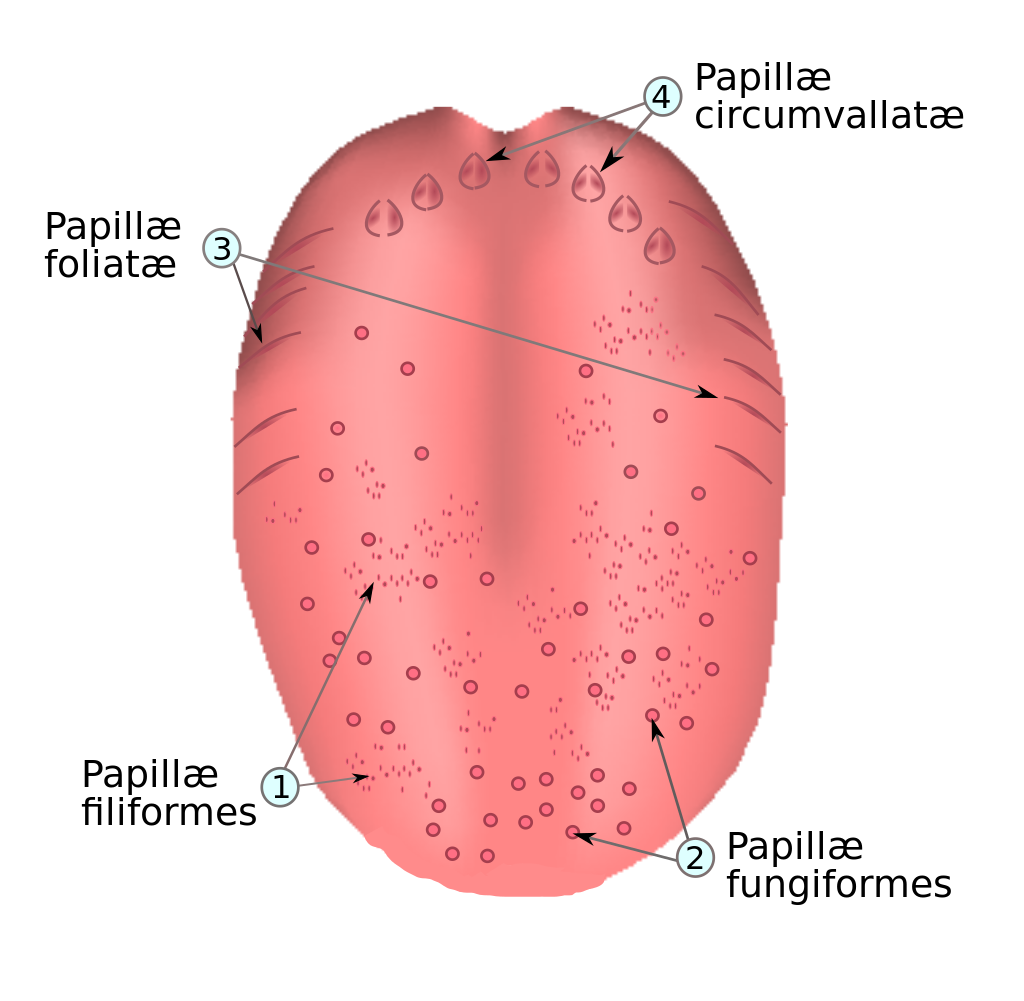 "The fourth type of papillae the filiform papillae are the most numerous but do not contain taste buds.They are characterized by increased keratinisation and are involved in the mechanical aspect of providing abrasion."


In the study, published online ahead of print in Chemical Senses, Ozdener and colleagues used methods developed at Monell to maintain living human taste cells in culture. Using genetic and biochemical methods to probe the taste cell cultures, the researchers found that the human taste cells contain many key molecules known to be present in olfactory receptors.

They next used a method known as calcium imaging to show that the cultured taste cells respond to odor molecules in a manner similar to olfactory receptor cells.

Dr. Ozdener is a cell biologist at the Monell Center 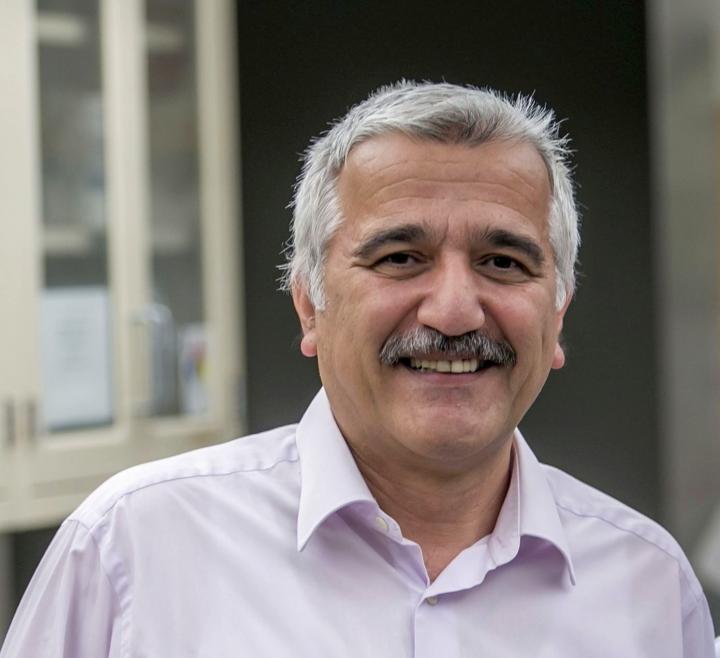 "The presence of olfactory receptors and taste receptors in the same cell will provide us with exciting opportunities to study interactions between odor and taste stimuli on the tongue," said Ozdener.

In addition to providing insight into the nature and mechanisms of smell and taste interactions, the findings also may provide a tool to increase understanding of how the olfactory system detects odors. Scientists still do not know what molecules activate the vast majority of the 400 different types of functional human olfactory receptors. Because the cultured taste cells respond to odors, they potentially could be used as screening assays to help identify which molecules bind to specific human olfactory receptors.

Moving forward, the scientists will seek to determine whether olfactory receptors are preferentially located on a specific taste cell type, for example, sweet- or salt-detecting cells. Other studies will explore how odor molecules modify taste cell responses and, ultimately, human taste perception.