It’s time to rethink our conception of robots. No longer the clunky machines of past, today a whole new breed of soft robots is emerging thanks to research being carried out at Jamie Paik’s Reconfigurable Robotics Lab.

Paik – a spirited engineer with unfailing energy – is developing folding robots that could assist us not only with everyday tasks, but also with difficult physical maneuvers if placed on our arms and legs. Her soft, flexible and versatile devices are light years away from the machines we see on production lines and in science-fiction movies.

Jamie Paik, the head of EPFL’s Reconfigurable Robotics Lab, presented her reconfigurable robots at the TED2019 conference in Vancouver on 18 April. Her miniature, versatile devices stand to revolutionize the way robots are used. 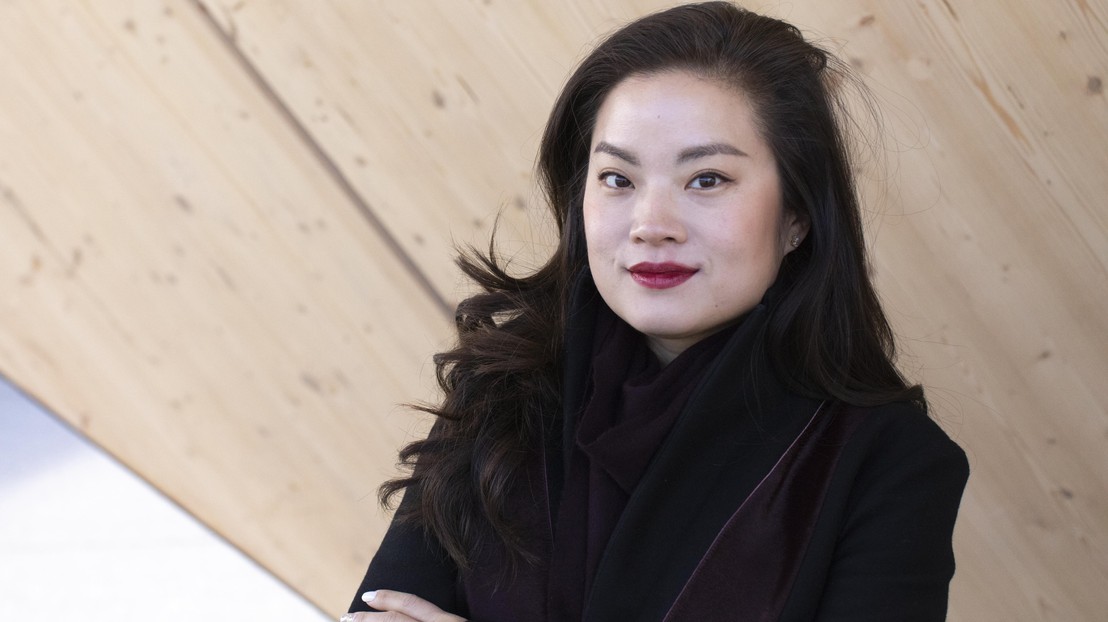 
“The rigid, powerful robots used in manufacturing are perfect for the preprogrammed environments of production plants – such as to make smartphones or computers,” says Paik. “But if we want devices that can assist us in our everyday lives, they need to be flexible, responsive to change and able to interact with us safely.” For instance, such robots could be used at home for doing the chores, or they could be integrated into our clothing.


Technology that moves with us

Paik’s futuristic vision and insightful work have attracted the attention of TED conference organizers. “One of the organizers attended a talk I gave and then invited me to speak at TED2019, whose topic is ‘Bigger than us.’ I didn’t think twice before accepting – it’s a once-in-a-lifetime opportunity!” says Paik.

This year’s TED conference will take a critical look at the technologies that are changing the world. Former TED speakers include Nobel prize winners and such prominent figures as Steve Jobs and Michelle Obama.

In her talk, Paik will outline her vision of a world where robots are as commonplace as smartphones. “The difference is that the new technology won’t be passive. It will move with us, but we won’t even notice it’s there. The robots will seem invisible,” she says.

So what will these robots actually look like? Paik’s team of researchers is developing a couple of types. The first are robogamis, or folding robots inspired by origami. Equipped with several joints and actuators, they are initially flat, like a credit card, but can be folded into a variety of 3D shapes. Some robogamis, called tribots, can communicate with each other and move by jumping or climbing. And because robogamis can be manufactured in 2D, large-scale production is possible. “These robots have so many joints that even though their individual components may be rigid, they can bend in myriad ways and are completely flexible, like a mesh of yarn,” says Paik.

Paik’s team is also developing “rubber” robots of all shapes and sizes that move using pneumatic actuators. They can mimic human muscles and be connected together to move objects or climb walls. “If we integrate the actuators into clothing, they can receive tactile signals and transmit those signals to a motion device. The system could thus help patients during physical therapy, for example,” says Paik.

In the future, Paik’s robots could handle repetitive, mundane tasks related to housework or gardening – but their potential doesn’t stop there. She is working with the European Space Agency and the Swiss Space Center to study applications for her soft robots in space. “Astronauts often end up wasting time on routine tasks. And since every gram counts when you’re sending a vessel up in space, these soft robots could be an interesting alternative,” she says.

At her TED talk in Vancouver, Paik presented a miniature haptic joystick that provides realistic tactile feedback – a promising technological development for virtual reality applications. The joystick, made of carbon fiber, is also inspired by origami and can be folded up when not in use to become just as flat as a piece of cardboard. The joystick is being marketed by a spin-off of her EPFL lab, Foldaway-Haptics. 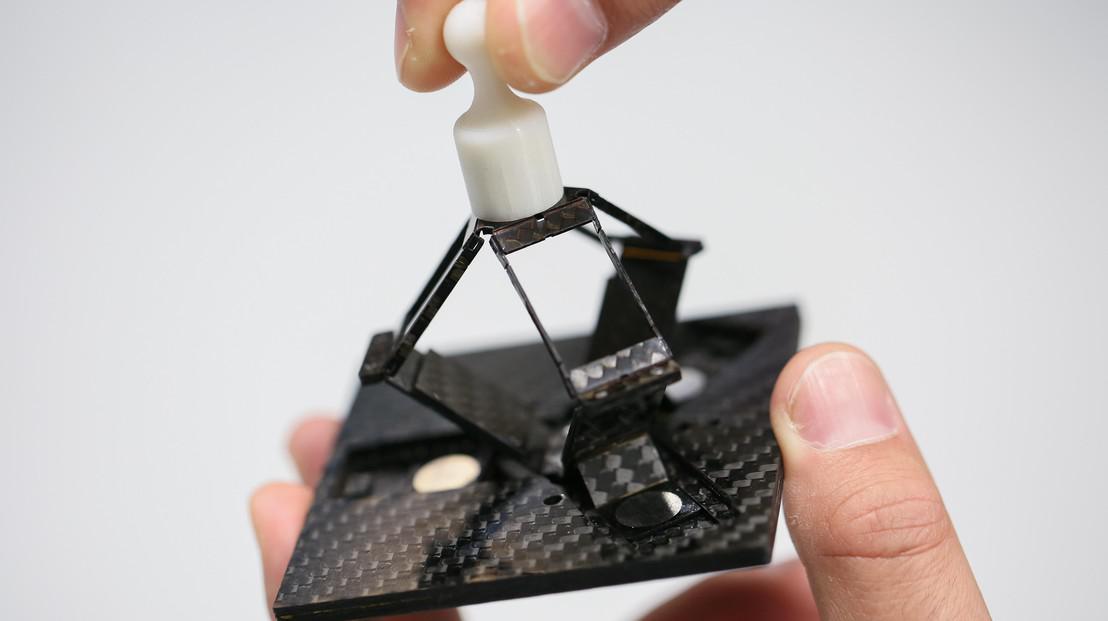 A talk for her grandmother

However, preparing for the TED talk is no child’s game. “I’m practicing with a coach who is helping me choose each word carefully. It’s a lot of stress, but it’s also highly stimulating,” she says. And speaking in Vancouver has special meaning for the Canadian-born engineer. “My grandmother, who is 94, lives in Vancouver and will come hear me speak. It’ll be the first time she will see me working. She’s always been my biggest supporter,” says Paik. “She used to say to me: there is nothing boys can do that girls cannot do. And you can do better than anybody. I hope she was right as always.”

Paik was born in Canada and grew up in Seoul, Tokyo and Vancouver. Her father is a scientist and her mother is a painter. After obtaining Bachelor’s and Master’s degrees in engineering from the University of British Columbia, she went on to earn a PhD at Seoul National University. She conducted her PhD research in association with Samsung Electronics, designing the mechanical arm of a humanoid robot that weighed just 3.7 kg – a record at the time.

She then completed a post-doc at Pierre and Marie Curie University in Paris, where she developed a simple, intuitive device for endoscopic surgery, called JAiMY. The device assists surgeons with suturing during laparoscopies and was launched on the market in 2011. Paik completed a second post-doc at the Harvard Microrobotics Laboratory where she became familiar with soft robotics. She founded the Reconfigurable Robotics Lab at EPFL’s School of Engineering in January 2012.